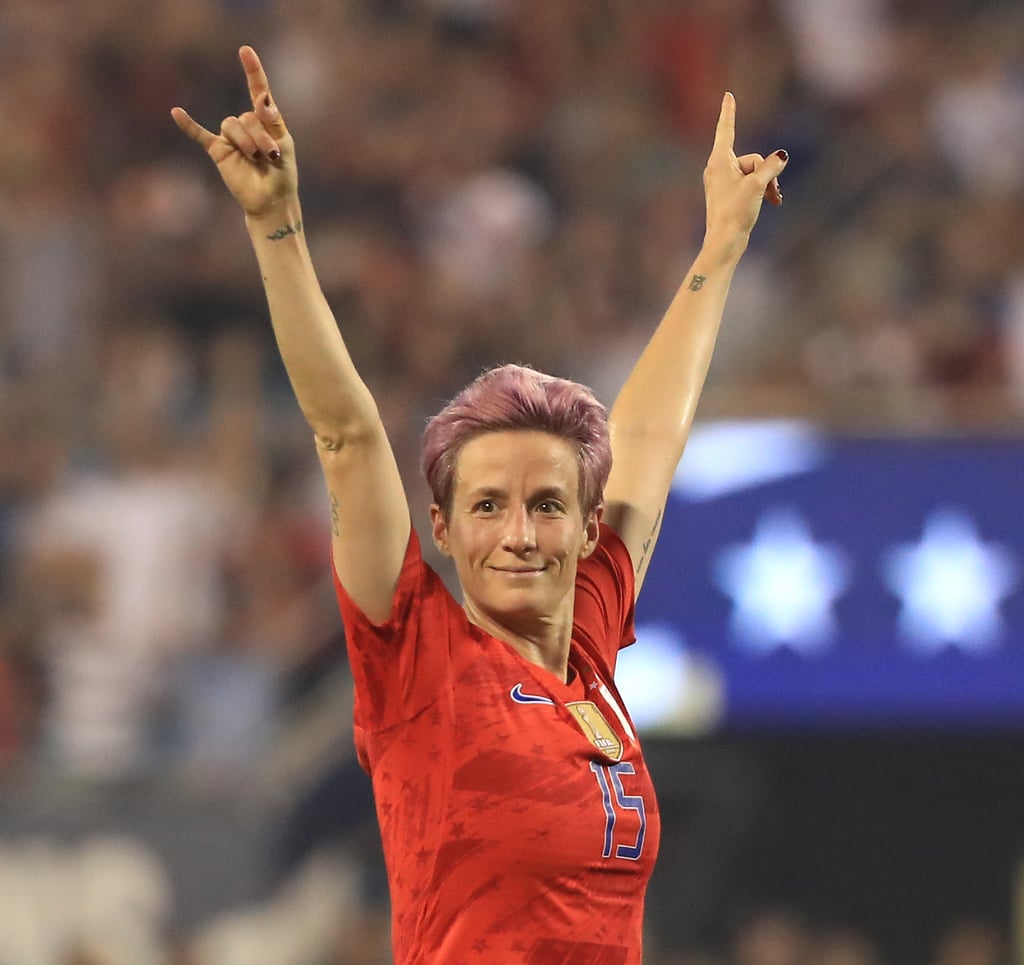 As you watch Megan Rapinoe compete in the 2021 Tokyo Olympics alongside her teammates, you might have spotted a few tiny tattoos scattered across the famous soccer player’s arms. The U.S. women’s national soccer team captain has a small but mighty collection of meaningful body art that she’s been building for years.

All of Rapinoe’s tattoos are very simple and use only black ink. Some of them are of designs, like the outline of California on her bicep or the lightening bolt on her wrist, while others are of impactful words and phrases. She has a few for her family, including her mom and her fiancée Sue Bird. In an interview for her June/July 2021 Harpers Bazaar cover, Rapinoe explained she added on to her body art collection as recently as last year and is itching to get more.

Get a closer look at Rapinoe’s eight meaningful tattoos ahead.