During an Instagram Q&A with fans, Kailyn Lowry got candid about her plans for having breast reduction surgery.

One fan got very personal with Kailyn Lowry when the Teen Mom 2 star hosted a Q&A on her Instagram Story on Feb. 6. “Bra size?” someone asked. Of course, as a reality star, Kail is no stranger to sharing the most intimate details of her life, and she had no qualms about responding. “36DDD,” she admitted. “But planning a breast reduction.” She also included a ‘fingers crossed’ emoji to complete her message.

Kailyn didn’t expand on how far along in the planning process she is, or whether or not she actually has a surgery date set up at this point. The 28-year-old had four kids in ten years, so her body has understandably gone through a lot of changes during that time. Most recently, Kail gave birth to her fourth child — and second with ex, Chris Lopez — at the end of July 2020. 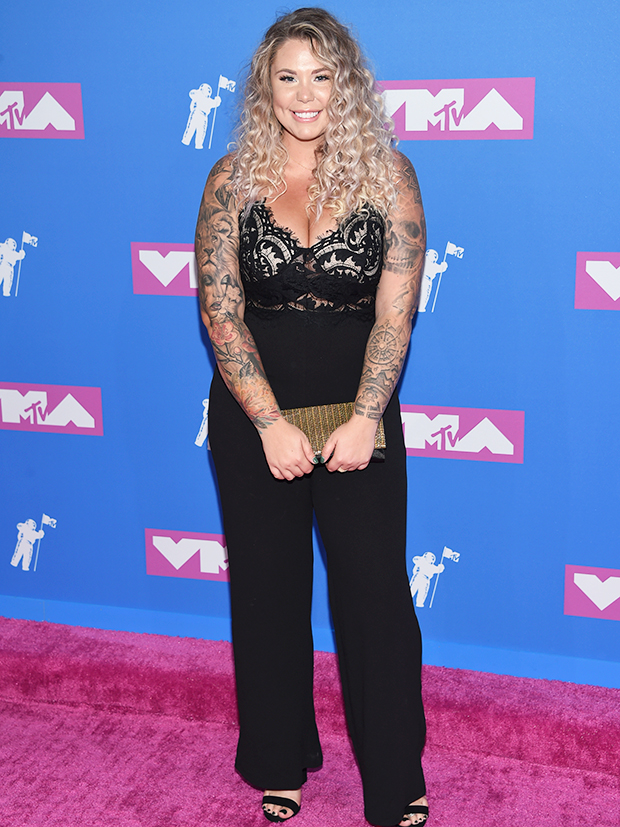 In addition to baby Creed Lopez, Kail also shares three-year-old Lux with Chris. Her second oldest son is, Lincoln, 7, who she shares with her ex-husband, Javi Marroquin. She also has an 11-year-old son, Isaac Rivera, with her high school boyfriend, Jo Rivera.

While Kailyn has an amicable co-parenting relationship with Javi and Jo, things are much more contentious with Chris. In fact, she recently changed Creed’s name, which was Creed Romello Lopez when he was first born. Now, Kailyn has added her last name to his moniker. “It’s Creed Romello Lowry-Lopez now,” she explained to a fan in January. Kailyn and Chris have publicly feuded on social media a number of times, and Kailyn has been vocal about how she doesn’t feel like Chris has “stepped up” as a father to Creed or Lux.

In fact, back in September, Kailyn shared that Chris hadn’t seen his newborn son at all in the weeks after his birth. Later that month, she also went off on him for cutting Lux’s hair without asking her permission first, and it led to things allegedly getting physical between them. It appears that Kailyn is looking for a fresh start after all the drama, though, as she revealed earlier this month that she’s moving out of the home she’s lived in for the last year.

“This house is the physical manifestation of both the lowest and highest points of my life — the best point being Creed’s birth,” she explained. “I learned so much about myself and life in general through the extremes I experienced over the course of the year here. There’s so much more to my story & f you know me closely, you understand what I mean & what this represents. Closing this chapter for me means relief, optimism & confidence in future decisions.”