Lupita Nyong’o may have been attending the London premiere of her unsettling new horror film Us but she totally looked like a glorious and gorgeous vampire from the Twilight franchise. Lupita Nyong’o rocked red and black vampire makeup and proved that it is a wearable trend. She also served up one of her most memorable lewks EVER.

The Oscar winner popped magnificent red contacts in her eyes and they matched her sequined, scarlet gown. Nyong’o’s statement makeup was also expertly coordinated with and built around her dress. While you might not be able to go the red contacts route when replicating this look, you can still copy the other ways that she spotlighted her features.

Nyong’o brought further drama with her blush. Rather than applying color on the apples of her cheeks, the pinky red shade was placed high on her cheekbones and buffed upward and outwards towards her eyes and temples. She completed the look with black lipstick that had a dose of sheen. 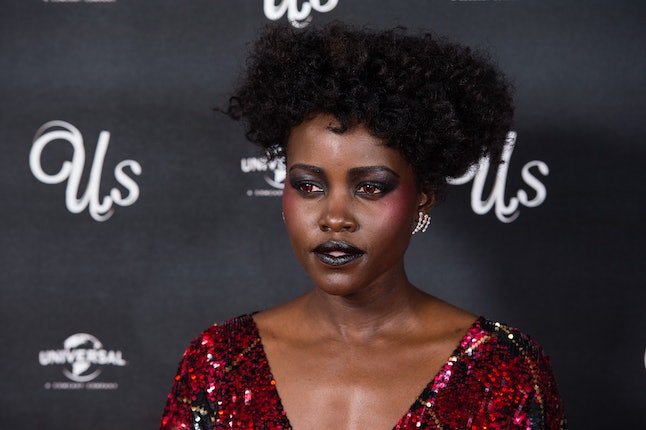 The interplay of black and red was flawlessly executed and picked up the multi-dimensional flecks in Nyong’o’s dress. Her presentation was a little bit futuristic, a touch gothic, slightly romantic, and totally vampiric. The fact that her makeup artist used products with shimmer and sheen kept the look fresh and lively. 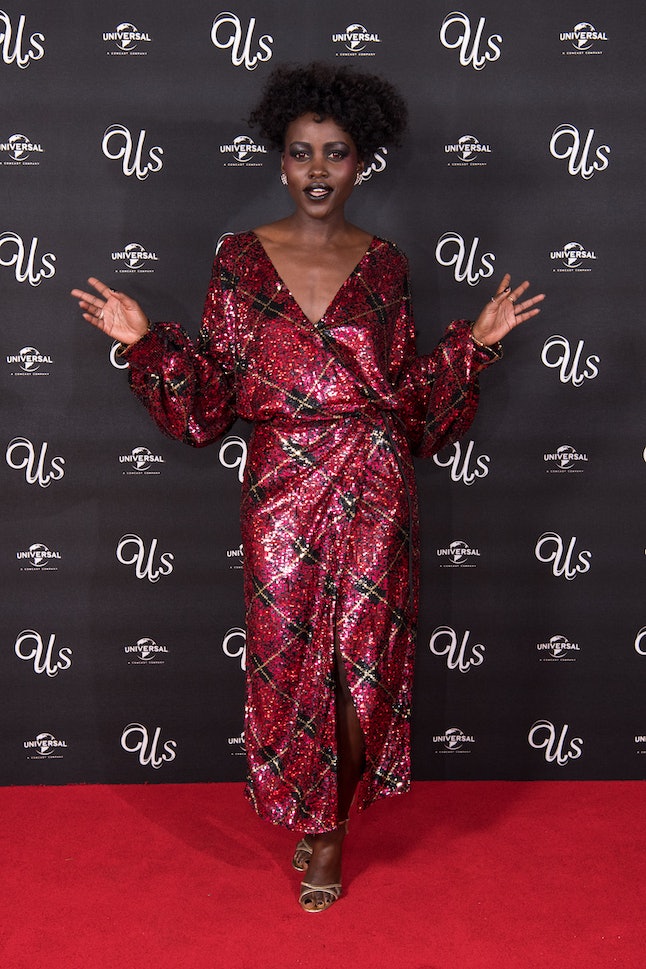 Nyong’o added gold strappy sandals to her ensemble. Notice that her mani and pedi were also dark and matched the overall aesthetic. Nyong’o and her glam squad left no details to chance when designing this winning look. 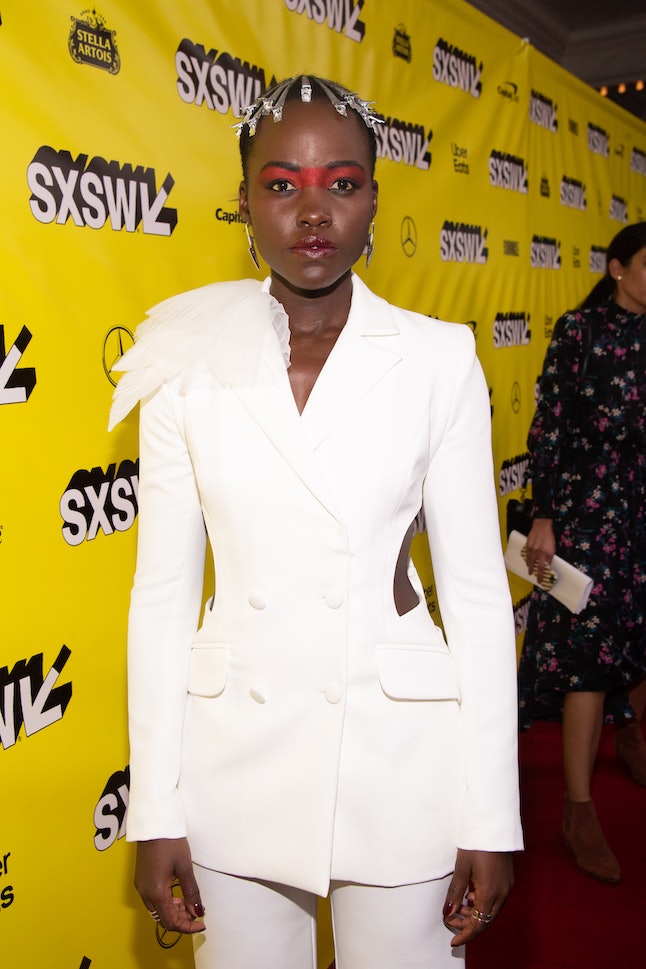 This is not the first time Nyong’o has experimented with red makeup while promoting her delightfully eerie new flick. At the film’s SXSW premiere earlier this month, the actor a painted a red strip of eyeshadow across both of her eyes and over the bridge of her nose in an unusual and futuristic flourish. She looked a warrior from an alternate dystopian universe — and one who is not to be messed with. She clearly owns this trend, which can be incredibly tricky to pull off.

Nyong’o also posted a cute yet creepy shot on her personal Instagram. Fans weighed in in the comments and they were rather enthusiastic about the actor’s vampy style. One user felt her look could inspire a new role, writing, "Now someone has to write a movie about Lupita as a vampire." Another follower called this aesthetic a "disco inferno," which was pretty accurate since Nyong’o brought all the sparkle and fire via her gown and makeup. However, this comment effectively summed things up: "So many goals, imagine being able to look this creepy and beautiful at the same time." #Truth.

Us arrives in multiplexes on March 22. If the film slays as hard as Nyong’o’s premiere look, fans are in for a real treat.