To do so, they’re penning books. Lengthy, candid, aspirational books that inevitably flood every crevice of Instagram. 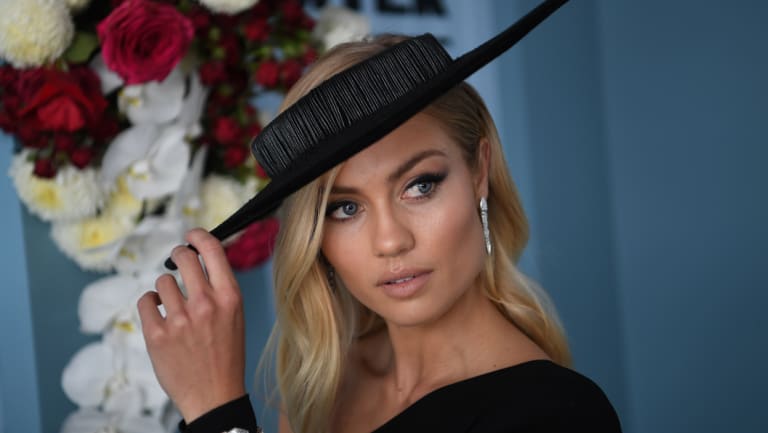 Elyse Knowles is seen at the Myer Fashions on the Field during Derby Day 2018.Credit:AP

Judging by the copious flat lays, there’s clearly an appetite for this kind of literature, which means a new book penned by the hottest Aussie model will land on bookshelves every 18 or so months.

Let me tell you my story, the likes of Miranda Kerr, Jesinta Franklin, and Elyse Knowles coo in blurbs. I want to show you how you too can achieve your wildest dreams.

The secret to "making it", they say, is to work the hardest. And drink lots of green juice. Also, something about hemp seeds.

“Right now, my career is on an upswing and I’m doing things I never thought I’d be able to do,” Knowles, the new face of Myer, wrote in her advice book released this year. “While I feel very lucky, nothing has ever just landed in my lap. I’ve worked incredibly hard for years to build my career. It comes down to commitment and pure resilience.”

And that’s lovely. No, really! It’s lovely of Knowles to share her tips for making it to the top in From Me To You. It’s generous of Kerr to preach the message of Treasure Yourself – a book in which she shares positive affirmations for a happier, healthier, more successful existence. Franklin's rags-to-riches story in To Live A Beautiful Life is equally gorgeous.

But. There is a but.

In preaching the wonders of determination and grit, these women have made an omission that those who come after them will probably make too: some things did land in their lap. Actually, when it comes to the criteria of what makes a successful Australian model, the most important things did.

What Kerr, Franklin and Knowles have failed to acknowledge is actually a key pillar of their success.

They were all born white.

It seems so simple because it is, but the biggest asset in the Australian modelling industry – or in the media, or the arts – is whiteness. Think of the brightest stars in each genre, the people who host our breakfast television shows, front our ad campaigns, or even act in Home And Away. How many of them look the same?

No matter how many early calls, late nights, or positive affirmation chants, for women of colour like Duckie Thot, "working hard" simply doesn’t cut it Down Under.

“I think it was a very confusing part of my life,” she told PAPER magazine. “I was just this little black girl in Australia just being like, ‘Oh, yeah I want to do modelling’, but [while also] being in a country that doesn’t promote black models.

“I just thought – why am I here? So I was just like, ‘Let me make the executive decision to move to New York.' I’m not getting my coins in Australia.”

Moving to the US was the best decision the 22-year-old could have made; she’s gone on to walk in the Yeezy shows, appeared on the Fenty x Puma Paris runway, and closed Naeem Khan’s Spring 2017 collection. And she just walked in her first Victoria’s Secret catwalk show in New York. 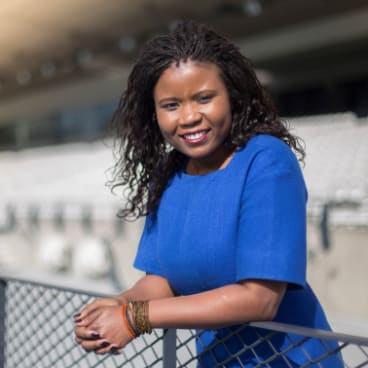 The not-so comfortable truth about Kerr, Franklin, and Knowles’ career success is that, in part, they have benefited from a society that is stunted.

It’s something Santilla Chingaipe – a film-maker whose latest work, BLACK AS ME, explored the perception of beauty and race in Australia – would like to see change.

“I’ve got a few friends who are professional models overseas, a lot of them are Australian and they’re of African descent but they really can’t get any work here because no-one’s booking them,” Chingaipe said.

“They tend to do better overseas because there’s more awareness, and there’s more opportunities for people to hire them outside of tokenistic gestures.”

In 2013, marketing experts put a figure on just how far behind Australia is when it comes to using ethnically diverse people to sell products. That number? 15 years.

The rest of the modern world is enjoying 2018. We’re stuck somewhere around 2003.

“[The people we see in mainstream media are] just not representative of the Australian make-up,” Chingaipe said.

“And I completely get it – I empathise with people who say, ‘I worked hard and nothing was handed to me,' but when you enter an industry where that’s the standard of what’s considered beautiful, everyone else who doesn’t fit that norm needs to work even harder just to be considered.”

As white women, we don’t need to apologise for the skin we were born in but we should acknowledge our privileges where possible. Doing so doesn’t only encourage self-awareness and humility, it’s a step towards a more compassionate world.

Crediting yourself as a hard worker is fine. But please, let’s not pretend like that’s the full story.

“All of this comes down to equality and going, ‘Where is the injustice, and why are some women not part of this conversation?’,” Chingaipe said.

“[White women should be] platforming women [of colour] whenever the opportunity arises, by asking, ‘How can we champion those voices?’ The only way we can close that gap is if we’re considerate of the people who may not have not had the opportunities you’ve had.”

This isn’t to say Kerr, Franklin and Knowles don’t deserve to be where they are – but it is to say they could be a little more cognisant of the affordances they have been gifted since birth. Voicing your privilege is helpful. Pretending it doesn’t exist, or is irrelevant, perpetuates how we gaslight women of colour.

As Chingaipe told me: “We’re all on this journey together, and we need to ensure that the things we’ve overlooked in the past are not overlooked going forward.”

So, hopefully, the next time Kerr, Franklin and Knowles are on a shoot, signing a book deal, or in front of a microphone, they pause to ask the question: How can I pull someone else up here with me?