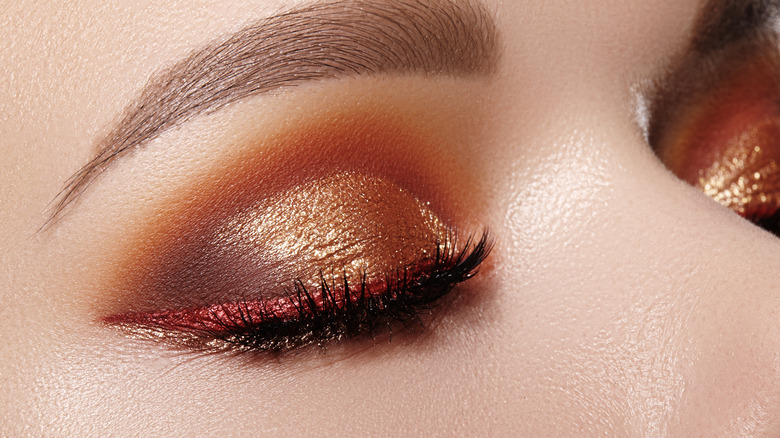 Of the many ’90s beauty trends, glitter has stuck around long after the decade came to an end. Though the 1990s were known for trends like body glitter and even glittery hair tinsel, glitter eye makeup has been the one to stand the test of time. From a halo of metallic eyeshadow to glitter eyeliner, there’s something so addicting (and just plain fun) about a bit of sparkle in a makeup look.

However, the eye-catching makeup trend can sometimes go terribly wrong. In April of 2016, a woman named Erica Diaz took to Imgur to share the horrifying experience that caused her to lose her eye — yes, you read that correctly. Diaz says that after a craft project with her daughter, a small piece of glitter got in her eye and managed to cut her cornea. She then got an infection and ended up going blind. Ultimately, Diaz lost her eye due to failed surgeries and treatments.

Though Diaz’s story serves as a cautionary tale, glitter can be safe to use on the eyes — as long as you do so properly.

How to use glitter eye makeup safely 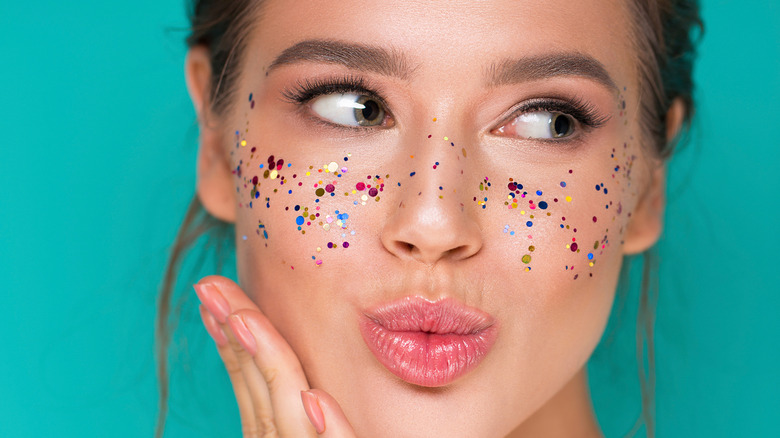 When it comes to glitter eye makeup, the American Academy of Ophthalmology (AAO) warns: “Be careful with metallic, glitter, sparkle powder or other makeup. Flakes can fall into the eye, get into the tear film and irritate your eyes. Glitter eye makeup is a common cause of corneal irritation or infection, especially for people who wear contact lenses. Larger glitter or inclusions in makeup can scratch the eye, much like getting sand or dirt in your eye.”

However, don’t throw away your glittery eye makeup just yet. According to the experts, it can be perfectly safe to wear glitter around your eyes as long as you stick to the right products. The AAO recommends only using cosmetics that are specifically designed for the eyes. Craft glitter, like the kind that Erica Diaz got into her eye, are likely to be harmful when used as makeup.

“People have used craft glitter on their eyes in the past, but it is not safe,” celebrity makeup artist Kenny Screven told the Sunday Edit. Glitter makeup is typically made from a form of polyester, but craft glitter is made from metal which, as Screven explains, “can cause tiny tears and irritations that you may not notice until you start to feel discomfort.”

As long as you’re choosy with your products, you can still embrace glittery eye makeup. When crafting with glitter, be sure to wear some form of eye protection to avoid injury.