Easily the most highly anticipated launch of the year, Fenty Skin released a video on Instagram in July two weeks before the product drop. The clip featured Rihanna in a tropical location, skin aglow, luxuriating in the sun alongside models Paloma Elsesser and Halima Aden—as well as rappers A$AP Rocky and Lil Nas X. “I never approached skin care from a gender standpoint,” Rihanna said of the casting. “To me, the only thing that makes it different is the color of the packaging.”

The beauty business—like so many others—is in a period of soul-searching on the matter of representation. Men have certainly been sold beauty products for decades, though they were often repackaged under the rubric of “grooming.” But for a brand as big as Fenty Skin to speak to men and women in the same breath? That’s rarely done.

“Beauty, wellness, and self-care have been normalized and championed for women, but not for all genders,” says Lucie Greene, founder of Light Years, a research and forecasting agency. When the industry has spoken to men, says Greene, it’s frequently been through a very specific voice: a hypermasculine tone that gave men “permission” to take care of themselves, or an outdated 1990s metrosexual approach that now seems comical. In the past several years, beauty companies have begun addressing a wider spectrum of gender that doesn’t fit neatly into more traditional “for her” and “for him” boxes. The aim? To sell product, of course. But in an age when antiquated ideas and stereotypes about gender and beauty are being cast aside, what’s good business may also have the power to help shift cultural norms.

Fenty Skin is one of many brands that are staking a claim regarding gender inclusivity. In August, Shiseido named trans model and actor Hunter Schafer (of HBO’s Euphoria) a global makeup ambassador. Super influencer Patrick Starrr’s long-awaited One/Size—a genderless beauty line that includes everything from eye shadow to makeup wipes—is another. The line is a love letter to his fans: “I get DMs from [cis] men, trans men, and trans women who tell me they’re living vicariously through me [as an Asian man who wears a full face of makeup]. They don’t have the confidence to go up to a counter,” he says, whether it’s because of their own comfort level or background.

This isn’t beauty’s first foray into a more gender-fluid space. In 1994, Calvin Klein made history with CK One, “a fragrance for a man or a woman.” Photographed by Steven Meisel, the campaign starred models Kate Moss and Jenny Shimizu (who was considered peak androgyny at the time), along with men and women—gay and straight—and it created an entirely new discussion about gender in the beauty industry, especially within luxury fragrance. That same year, M.A.C, whose credo has always been All Ages, All Races, All Genders, debuted its first Viva Glam campaign with RuPaul, followed by k.d. lang three years later.

“As someone who likes to be artistic with makeup, that was something that instantly attracted me to [SHISEIDO],” says our new Global Brand Ambassador @hunterschafer. Tell us how you use makeup to express your creativity. Artwork by Hunter. #ShiseidoxHunter #ShiseidoMakeup

Bigger players are keeping up with the moment as the dialogue about gender becomes more urgent. Gucci Beauty launched Gucci Mémoire d’Une Odeur last year, a fragrance positioned as genderless. The face of the campaign? Harry Styles. L’Oréal Paris has also quietly featured a man in its True Match advertisements, and in July, M.A.C announced K-pop star Lay Zhang as its new global ambassador. And even blue-chip brands like Chanel and Tom Ford Beauty have embraced male customers with men’s makeup lines (Tom Ford for Men Concealer is a cult favorite).

“As a culture, we are realizing that gender is no longer a fixed concept,” says Sam Cheow, senior vice president of corporate innovation and product development at the Estée Lauder Companies, which owns brands like M.A.C, Tom Ford Beauty, Le Labo, and Frédéric Malle (the latter two are known for their wildly popular genderless fragrances). Cheow points to evidence that the needle is moving forward: the growing backlash surrounding gender-reveal parties; a rise in gender-neutral baby names (for example, in 2018, 51 percent of “Charlies” were female); and the arrival of Q, the world’s first genderless voice assistant.

But overwhelmingly it’s been Gen Z compelling corporate leaders to change the way brands approach gender. “Traditional male/female ideology is obsolete to this generation of consumers,” says Cheow, referring to those born after 1996. In fact, in a 2020 Pew Research Center report, 35 percent of Gen Zers know someone who prefers to go by gender-neutral pronouns, compared with 25 percent of millennials, 16 percent of Gen Xers, and 12 percent of baby boomers.

Gen Z doesn’t subscribe to the beauty norms of the generations that came before them, says Cheow, which helps explain Billie Eilish’s rise to style icon. Unlike so many before her, the pop star landed a Calvin Klein campaign without having to show a lick of skin, instead posing in her trademark baggy hoodie.

“Eilish’s aesthetic, including her makeup, isn’t about the male gaze, but coming up with looks that are individual, unexpected, and sometimes intentionally uncomfortable,” Greene says.

Social media plays a critical role, says David Yi of the men’s grooming Web site Very Good Light and author of the upcoming book Pretty Boys, which explores the history of men’s beauty through the ages. “Platforms like Instagram elevate people you don’t traditionally see or hear from, often from diverse backgrounds,” Yi says. “They’re demanding change, and corporations are finally listening.” One of the influencers he admires most is David Lopez, a non-binary hairstylist who has gained major traction on social media this year. “I want to degenderize the beauty space,” says Lopez, a mission “born out of publications and brands never really speaking to me.” Most magazines and websites assume their reader is a woman, and brands tend to package “everything in ways that are clearly marketing toward cisgendered women and feature only cisgendered women in their ads,” he says.

Lopez acknowledges that in drugstores there is often just one narrow section in an aisle where men feel comfortable buying a product, and that’s it. If a non-binary or cisgendered male consumer steps out of their “lane” and wants something in the women’s section, whether it’s moisturizer or hair dye, there can be a sense of shame, either self- inflicted or thrust upon them by others. It’s equal opportunity, he says. On Lopez’s social media tutorials, “I’ll see comments like, ‘I’d divorce my husband if he ever wore a concealer.’ ”

❤️ ONE/SIZE BEAUTY IS HERE ❤️ ⁣ Founded by @patrickstarrr, ONE/SIZE invites you to take it off with the ultimate makeup removal experience: Our GO OFF Makeup Dissolving Mist and GO OFF Juiciest Makeup Remover Wipes! This epic power duo easily removes all makeup while simultaneously refreshing skin with juicy, good-for-you ingredients. ⁣⁣⁣ ⁣⁣⁣ Shop on 7/17 @ 12am EST, only at @sephora and onesizebeauty.com ✨ #onesizebeauty

Lopez challenges companies to be more welcoming in their advertising. He applauds the British skin-care brand Elemis, which, like Fenty, incorporates women and men in its marketing. “And not just a 17-year-old tall, thin, androgynous-looking person who looks like they’re from the Midwest,” says Lopez. “A lot of brands go for younger, white, thinner, cisgendered men who aren’t going to offend anyone.” Lopez credits part of his own success to the fact that “I present as a cis male.” That alone has made cisgendered men feel more at ease with the site’s content, Lopez believes.

We’re just at the beginning of this movement, says Bob Scott, a non-binary New York–based makeup artist who works with Padma Lakshmi and Rachel Brosnahan. Ultimately, for all this talk, we’re still stuck in conventional ways of looking at beauty. “To say your brand is genderless or gender-fluid is a start, but what I’ve seen is that most of these lines exploring this topic are just flipping the binary,” says Scott. That may mean “putting a cis male in a cat-eye, or making a cis woman look boyish. That isn’t erasing gender. That’s not turning it on its ear.” The space between “masculine” and “feminine” remains largely unexamined. “That’s where the real groundbreaking work begins,” Scott adds. “Remember, makeup is a form of expression just like music or art. It doesn’t have a gender.” 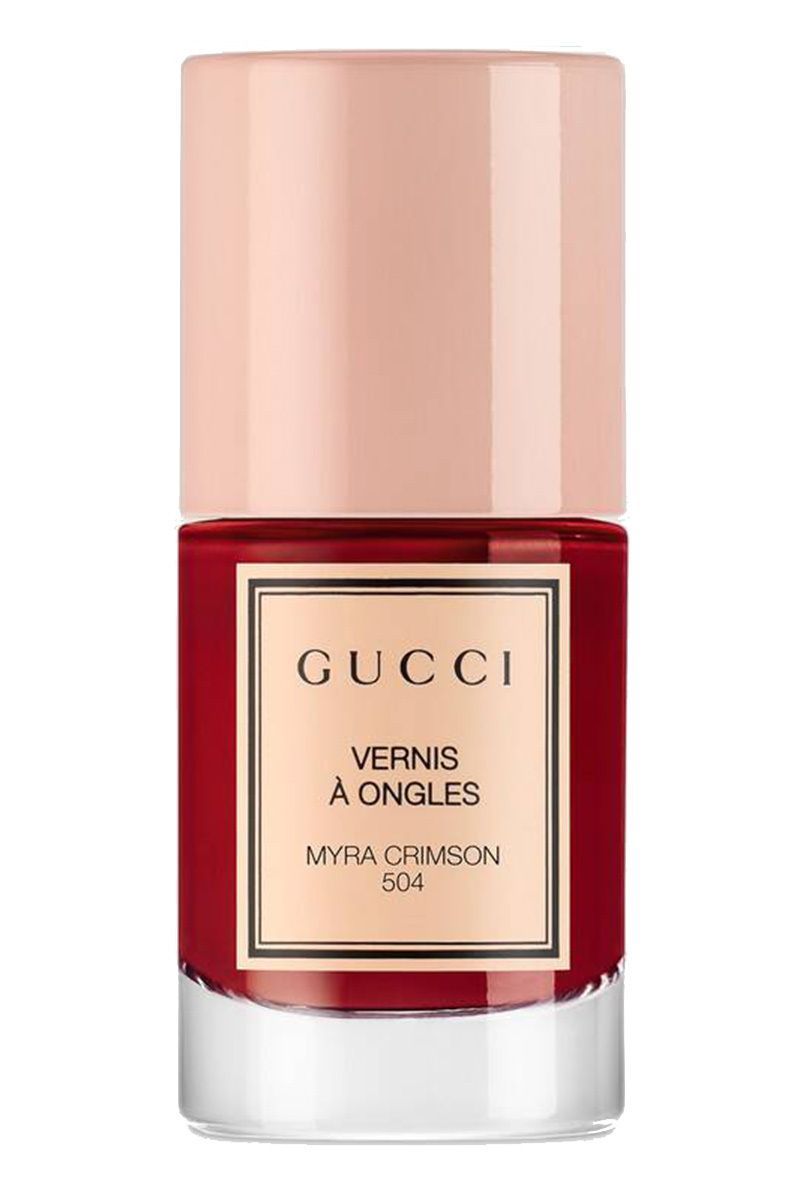 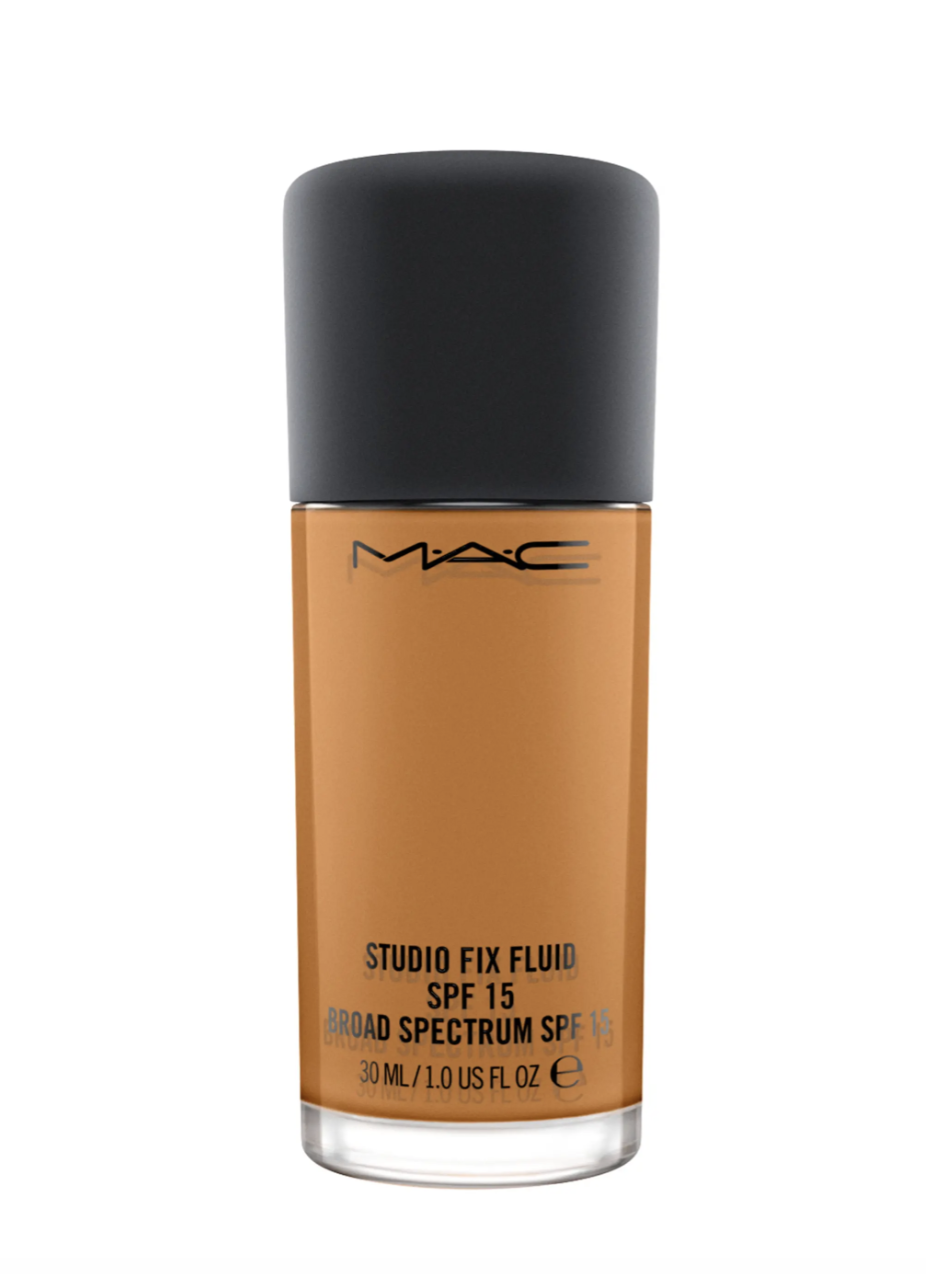 Mac’s foundation has long been a hit with men. 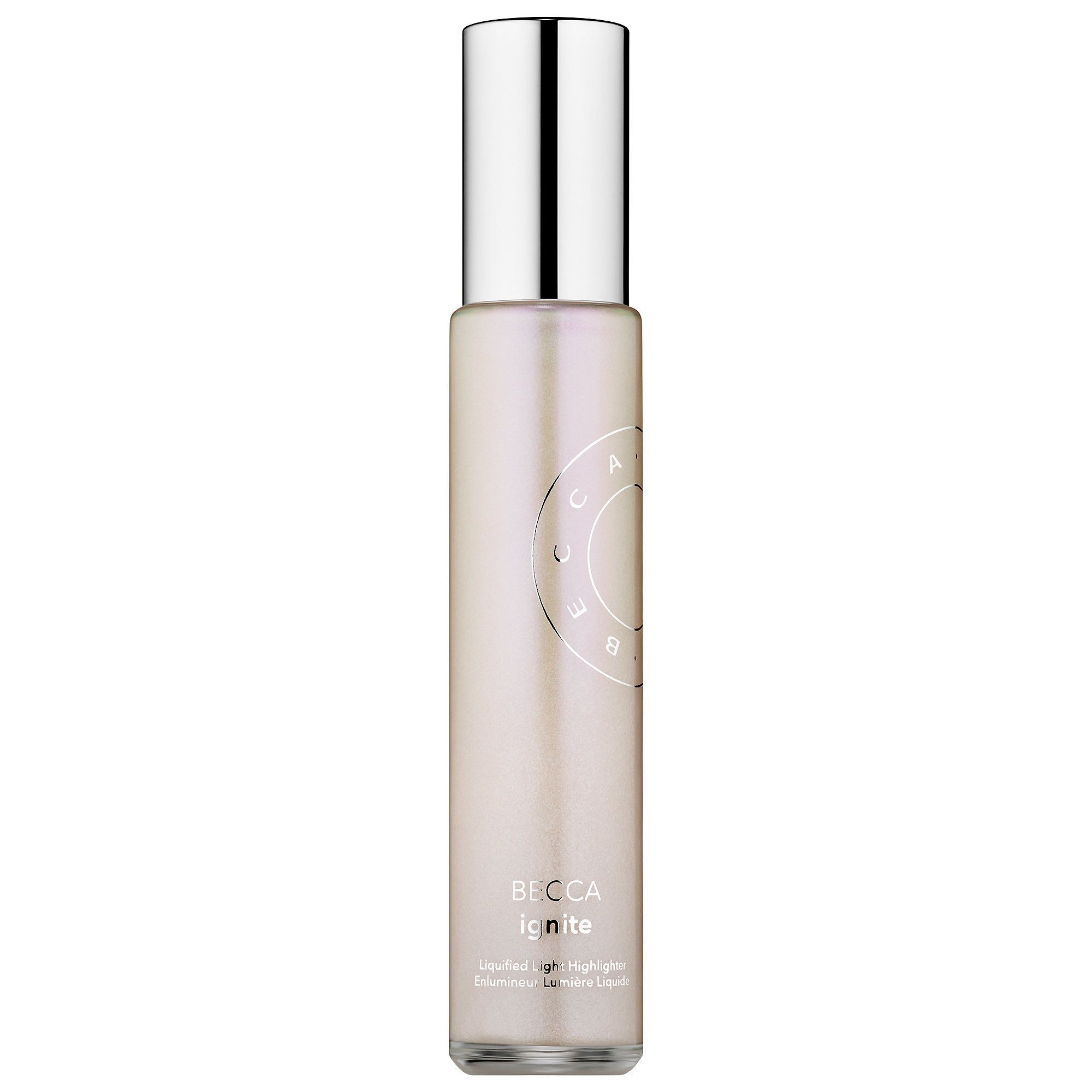 This sheer illuminator was designed to give every complexion a lit-from-within glow. 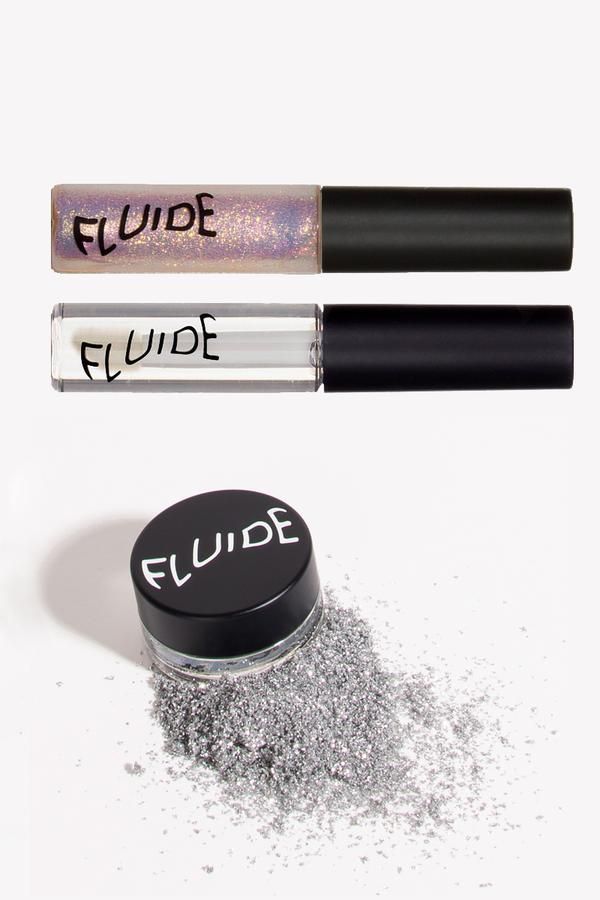 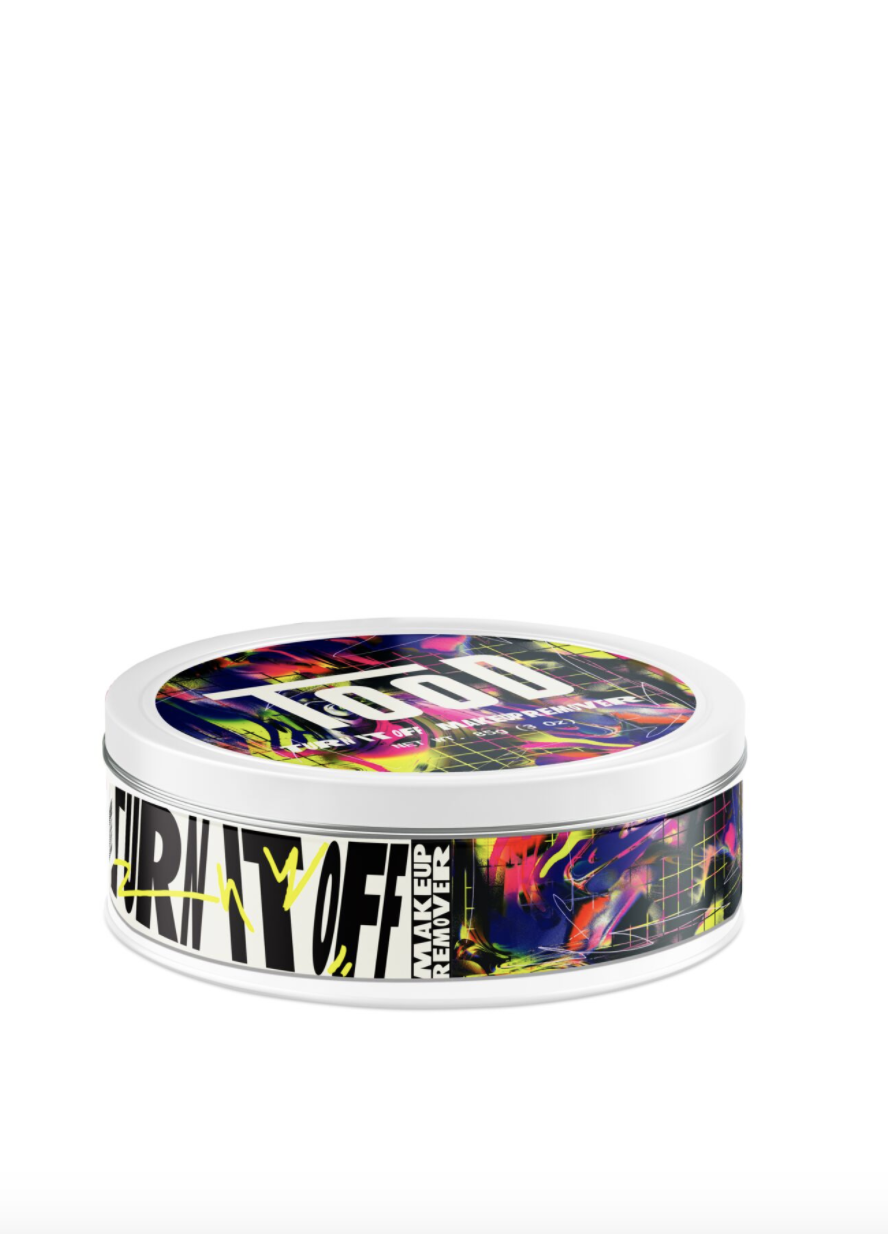 New for November, Tood products are about celebrating features, not covering them up. 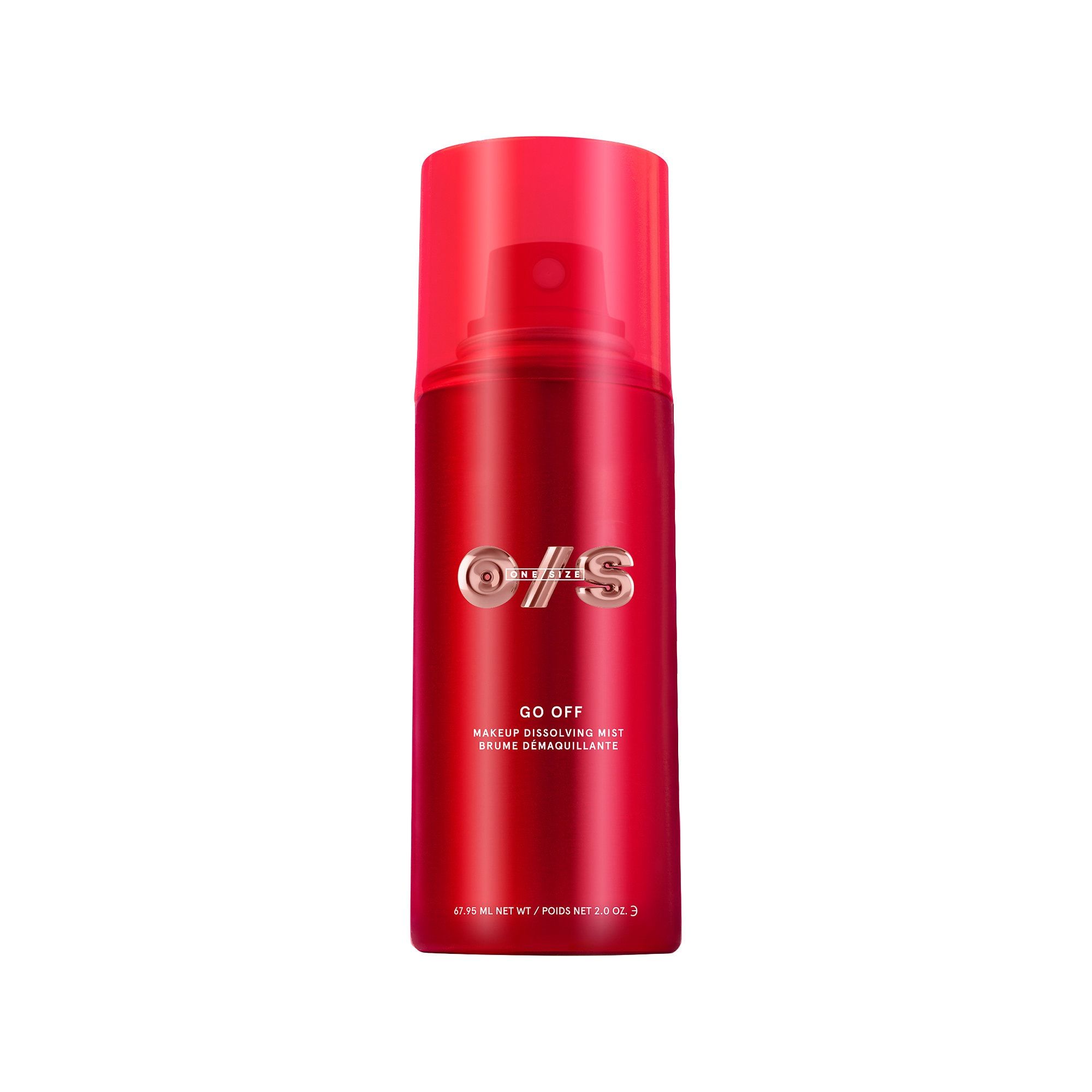