Fame brought Tiffany Haddish, 40, celebrity status, opportunity, and fans, but it also brought on breakouts she never had to deal with. Before the actress and comedian’s regular appearances on red carpets and talk shows, Haddish wasn’t one to wear makeup daily, so her new normal—heavy camera-ready makeup—wreaked havoc on her skin.

“Now I’m shooting movies and TV shows, constantly putting makeup on my face, constantly being outside. Oh, my gosh, I break out so bad. I’d never had acne until I started doing a lot of movies. You’ve got to have the right stuff to dig that makeup out of your pores,” the Self Made star told Allure.

And the right stuff, it turns out, wasn’t always the priciest. “I remember being broke,” she went on, “And if one day I’m poor and I can’t afford wonderful, expensive products anymore, well, I know how to mix things together and make it work. Just because you don’t have a lot of money doesn’t mean you can’t look good,” says Haddish. Preach.

Ahead, four skincare lessons from Tiffany Haddish herself, to keep your skin looking as flawless as hers.

She swears by a cleansing oil for thorough makeup removal.

For that, the star relies on Tatcha’s Pure One Step Camellia Cleansing Oil, per Allure. The cleanser uses camellia and rice bean oils to break down foundations and powders while clearing out the sweat and grime that hides in your pores.

She deeply exfoliates once a week. 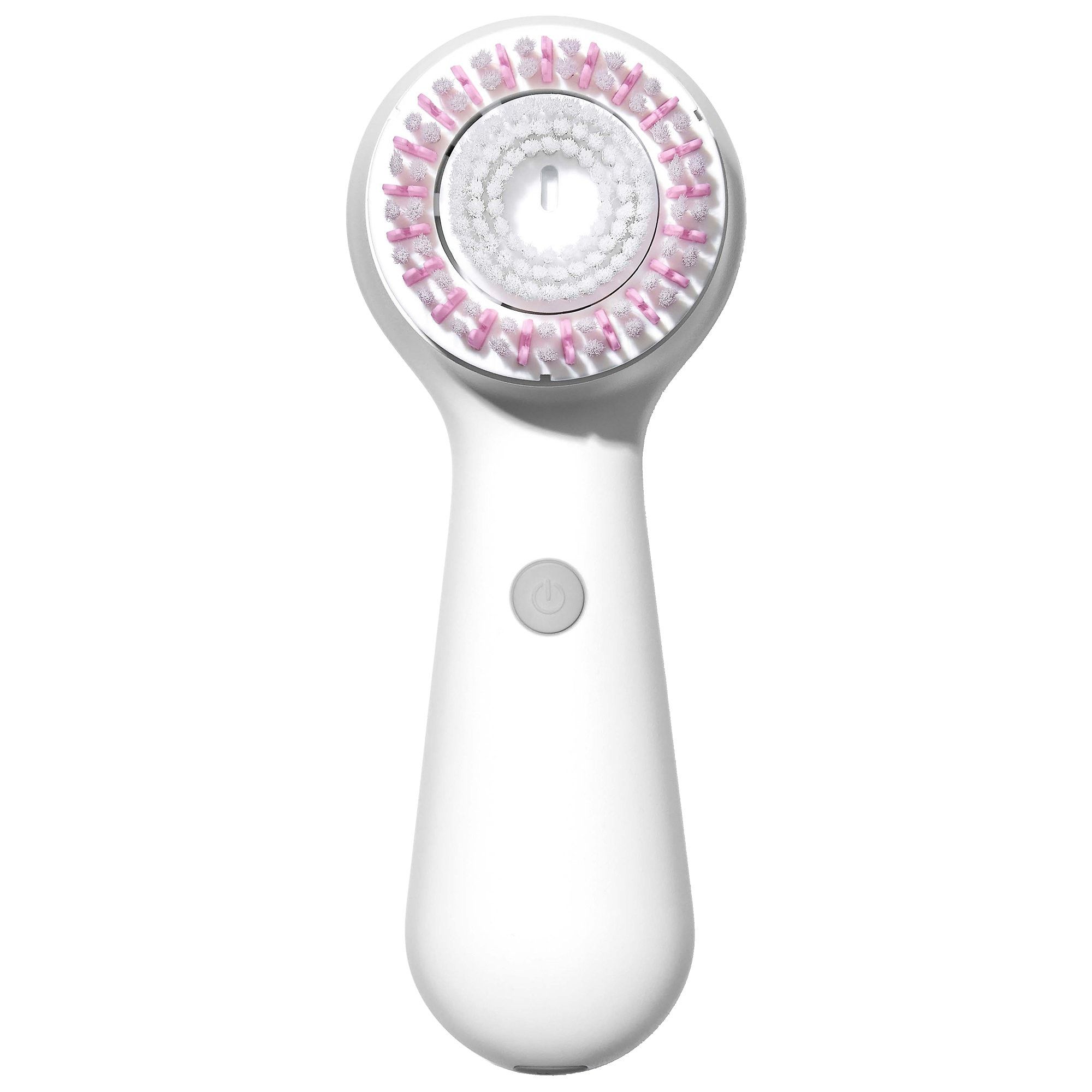 “After filming Girls Trip—they put that heavy makeup on you and you’ve been sweating all day in that New Orleans weather—I was breaking out for a whole year,” Tiffany told Allure. “Until I got a Clarisonic. Now I do that once a week.”

Mechanical exfoliation tools—including Clarasonic—physically remove the dead skin cells from the top layer of skin, Women’s Health previously reported. The process has most likely brightened Tiffany’s complexion and allowed her other skincare products to penetrate her skin more deeply.

She makes a DIY scrub with coconut oil.

With just two drugstore ingredients, Tiffany makes a face scrub so simple and effective even Hoda Kotb had to incorporate it into her own routine. By mixing coconut oil and baking soda in a small container, rubbing the solution into your skin and rinsing it off with water, you’ll have an exfoliating mixture for around $15. Plus, it’s gotten rave reviews from Tiffany’s last boyfriend who says the coconut oil on her skin makes her “delicious to kiss,” per Allure.

She always keeps her skin moisturized.

“You don’t have to always wear makeup, but make sure your lips and face aren’t ashy. And that’s beauty,” Tiffany told Allure. To keep her skin hydrated, she turned to the same product her grandmother used, Nivea. “Nivea is the one thing [that] as soon as I smell it, I think of my grandma.” These days, like her grandmother did, Tiffany rubs Nivea lotion into the skin on her knees and elbows.