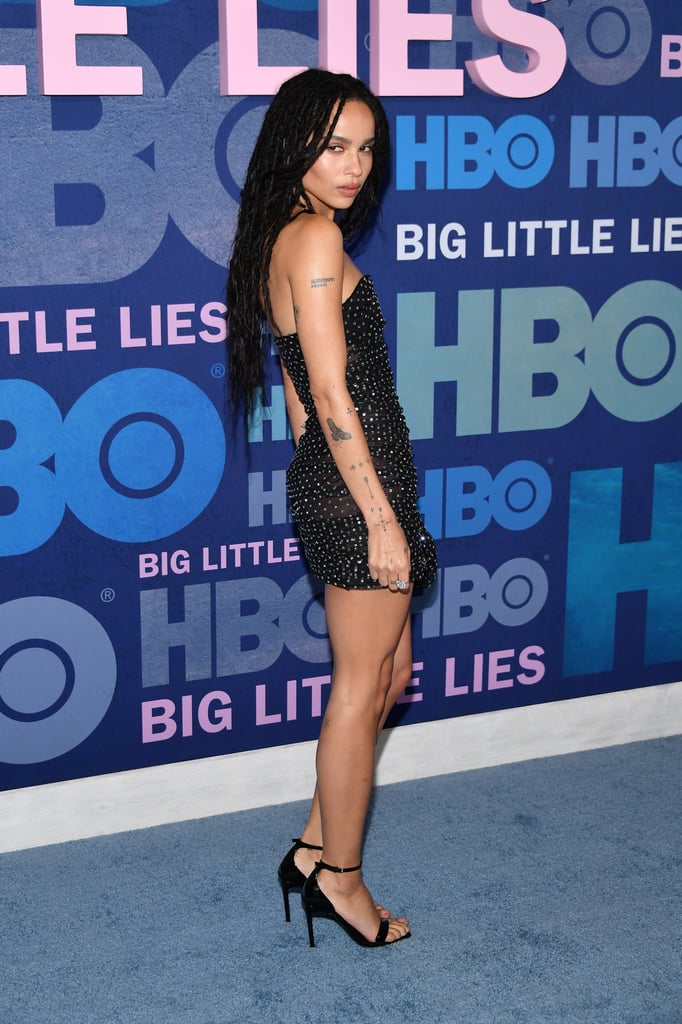 It’s no secret that Zoë Kravitz has built quite an impressive résumé over the years. Most recently, the forever cool girl has collaborated with Yves Saint Laurent Beauté and starred in the Emmy award-winning series Big Little Lies, and she’s even slated to be the next Catwoman in Matt Reeves’s upcoming The Batman. Still, despite her busy schedule, Kravitz has always made time to add new ink to her tattoo collection.

According to Inked, she got her first tattoo, a small outline of a heart with umlauts above it on her wrist, at 18 as a symbol of self-love. Since then, the actor has amassed an impressive 56 known tattoos that include styles ranging from fine line to illustration to geometric.

Her most recent addition came earlier this year, as she had a detailed snake coiled around an anatomical human heart completed on her right forearm by celebrity tattoo artist Dr. Woo (who once told POPSGAR Kravitz is “one of my oldest clients and friends because she used to come in with her dad [Lenny]”). The two have been frequent collaborators for years, with the artist also contributing a flying eagle, a palm tree, and a dragonfly coverup, just to name a few designs.

We’re sure that Kravitz isn’t done yet, so before she adds a new piece of artwork, keep reading for a complete guide of her tattoos and their meanings.