The Crazy Rich Asians cast knows how to crush a red carpet. The actors have already appeared at the Golden Globes looking flawless, and now, they’re at the 2019 Oscars. One accessory from the ensemble stand outs, though. Gemma Chan’s 2019 Oscars barrette is the nostalgic, 90s hair accessory you’ll want to start wearing immediately.

Chan, who plays the kind-hearted and fashionable Astrid Young in Rich Crazy Asian, attended the 2019 Oscars looking as flawless as always in a stunning pink Versace gown. The frock featured a plethora of voluminous ruched pleats with a high collar complete with ruffles. The best part of the dress, however, may have been that it had pockets. Who doesn’t love pockets?

When it comes to her accessories, though, there was one that stood out more than the others, and it may not be what you’d expect (like you probably thought it was those diamond and emerald earrings). Chan’s love barrette was the unexpected piece next to her glamorous, custom gown, but according to Brides, the nostalgic piece may just be made of diamonds. When you were 12 and begging your parents to take you to Claire’s, what could sound better than a love barrette encrusted in diamonds? 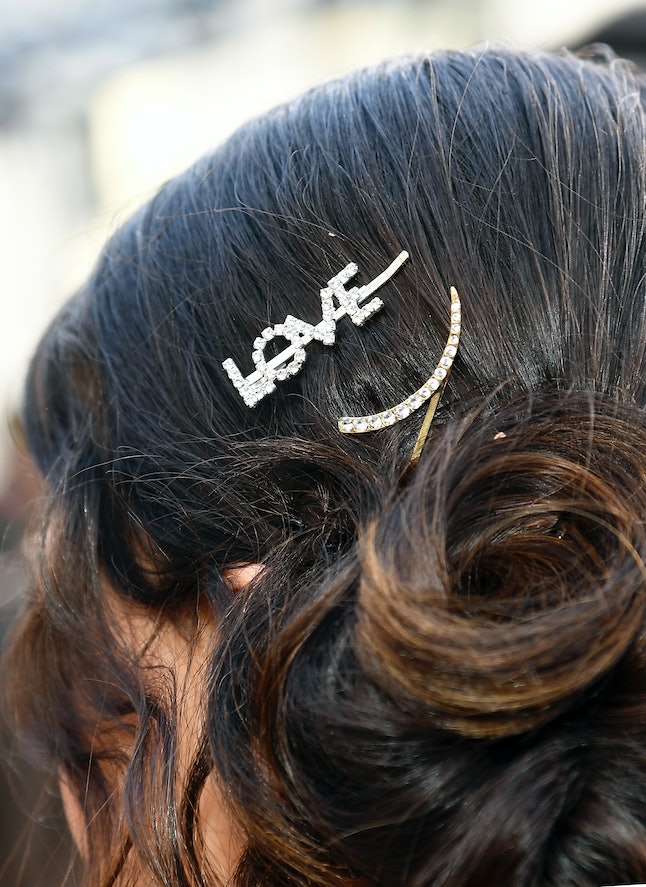 As of press time, there’s been no word on where Chan’s barrette is from, but it’s hard to deny its similarity to the pieces worn by middle school girls in the 90s. Of course, Chan’s barrette takes things up a notch, or 12. The piece was added to her gorgeous, low chignon that had just enough loose pieces around her face to achieve the messy bun vibes of messy bun expert Meghan Markle. With the love barrette, she also added a gold and diamond half moon shaped clip for just a little bit more sparkle in her hair. 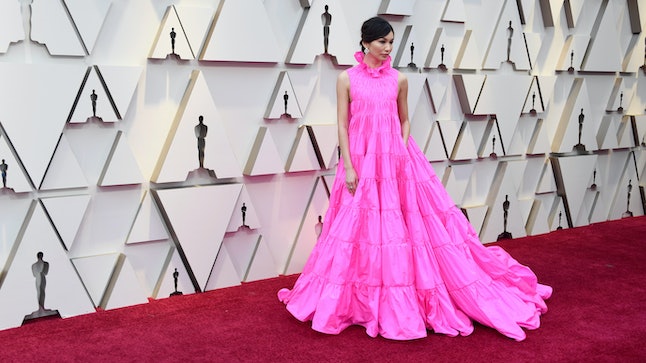 Of course, Chan and her barrette weren’t alone on the red carpet. She was joined by several of her Crazy Rich Asians co-stars. While the film was not nominated for any awards (with some calling the omission a snub given the film’s Golden Globes nominations), that didn’t stop the cast from looking collectively flawless at the 2019 Oscars. 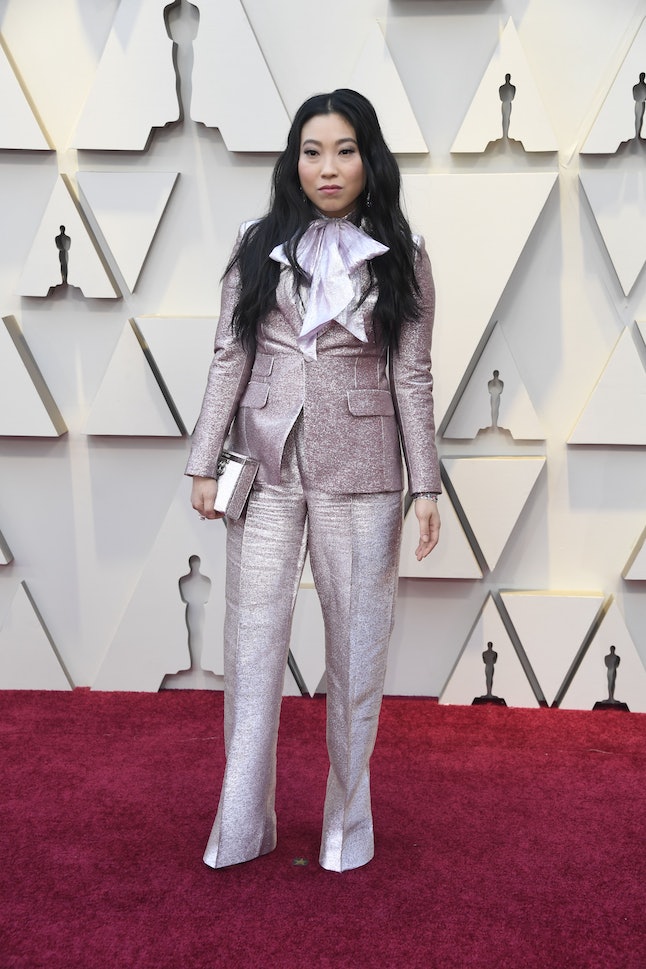 While the other women from Crazy Rich Asians chose to wear gowns, Awkwafina rocked a glittering, metallic pantsuit that was just as glam as any dress and maybe twice as cool. 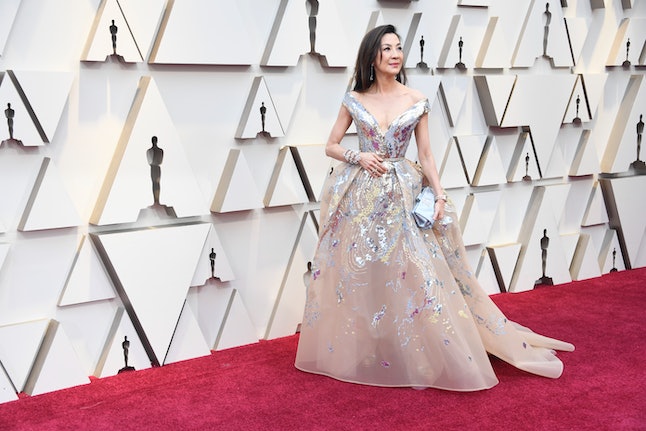 As for Michelle Yeoh, she looked like a queen, and if she was wearing that famous emerald ring, you’d have wanted to kiss it. 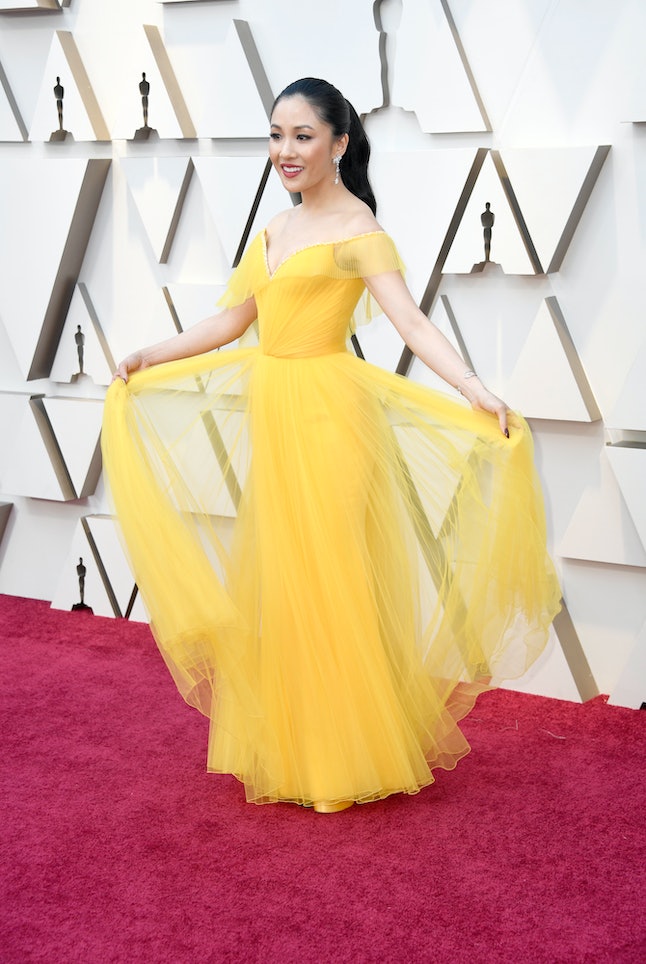 As for Constance Wu, she channeled her inner Belle in a gorgeous yellow gown and sleek ponytail. 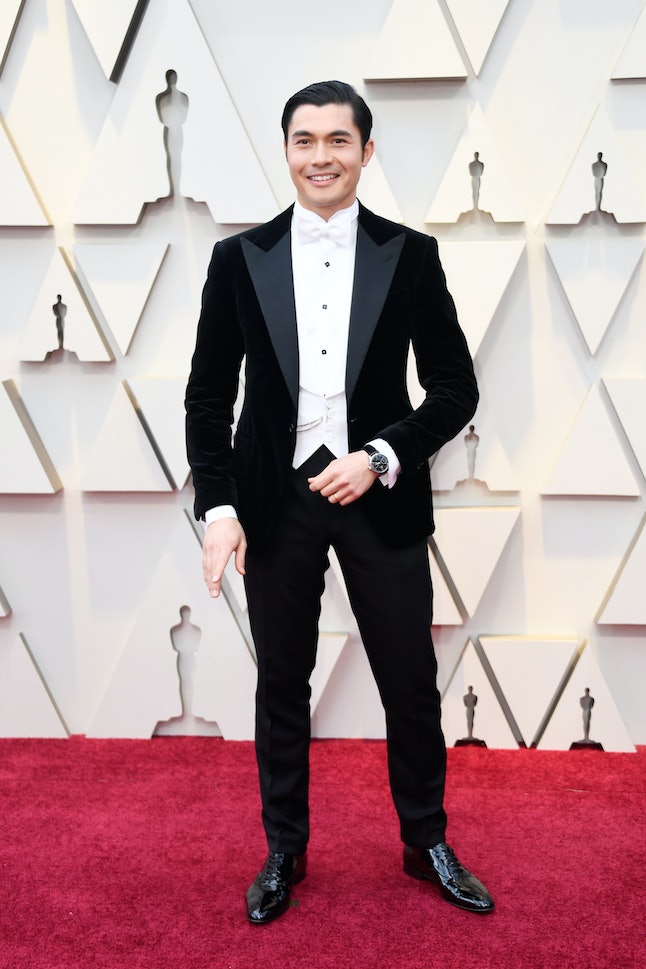 As for Henry Golding, the film’s leading man looked incredibly dapper in a classic tuxedo as he walked the red carpet. 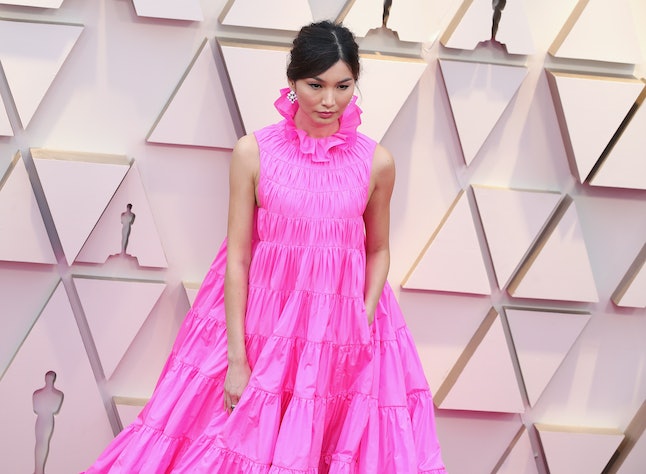 While the entire cast of Crazy Rich Asians looked flawless on the 2019 Oscars red carpet, Gemma Chan’s love barrette may have just stolen the accessory show. While you may not have thought than a 2019 Oscars ensemble would be completed with a graphic barrette, there’s always room for surprises on a red carpet.