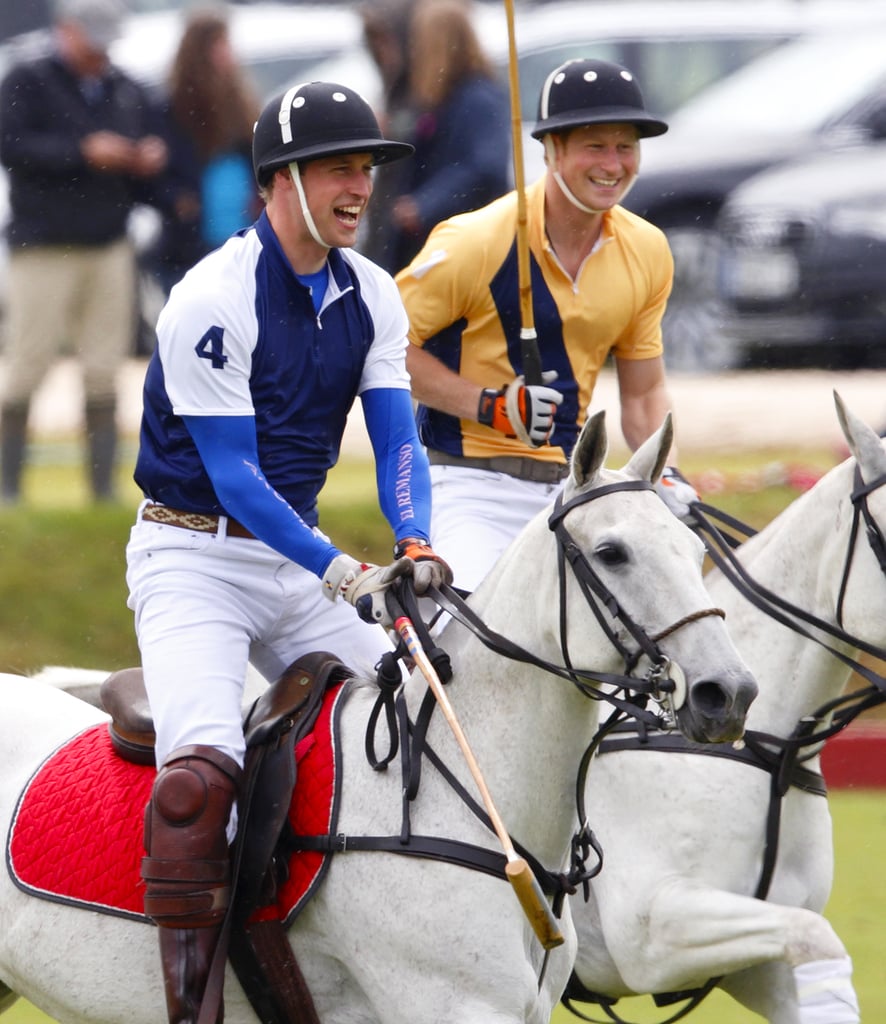 The British royals have always been avid sports fans, from the queen’s famous love of horse racing to Prince William’s devotion to Aston Villa Football Club. But they don’t just watch sports: they participate in them, too. Some members of the royal family have even turned sports into a career, but Prince William and Prince Harry prefer to play for fun. Over the years, we’ve seen the brothers skiing, playing table tennis, and tackling each other at soccer, but they’re clearly most at home on the polo field. Both princes have played the game for years, and they frequently take part in charity matches. Harry was recently spotted kissing his wife at the Sentebale polo, and William is a regular at the Gloucestershire Festival of Polo. Though they’ll often hit the pitch on their own, we get particularly excited when they team up. Ahead, take a look back at some of their best moments getting sporty together. And yes, that lightsaber fight totally counts.