Alex Rodriguez was all smiles when he shared a new shirtless snap while lounging in the ocean on a bright yellow floating device.

Alex Rodriguez, 45, has joked that he “can’t get up” after falling onto a floating device in the ocean. The former MLB star took to Instagram on June 27 to share the shirtless snap of himself max relaxing while out for a boat ride. “I’ve fallen, and I can’t get up! And I’m good with that,” he captioned the shot, adding the hashtag, “#perfectweather.” The athlete, who recently called it quits with Jennifer Lopez, 51, wore a pair of black swimming trunks and dark sunglasses, as he laid back on the bright yellow mat, and sprawled out.

As fans would know, the summery snap came just days after he denied reports that he was dating Lindsay Shookus, 41. A source close to the ex-Yankee told HollywoodLife exclusively that he was focused on “moving forward” after his split from Jen. “Alex isn’t interested in dating anybody seriously right now or getting into a committed relationship,” the insider explained. “He’s still moving forward from the breakup and adjusting to the single life again. He truly thought he had it all planned out and was going to spend the rest of his life with Jen … He’s made it a point to focus on his family including his two beautiful girls.”

The source also told HL that A-Rod’s “passion” lies in his work, noting that, “He doesn’t feel a romantic relationship is in the cards for him right now and, if it were to happen, it’s not something he would actively be seeking out.” While the MLB star is laying relatively low, his ex J-Lo has rekindled her romance with former fiance Ben Affleck. On June 19, Alex was spotted hanging out with Lindsay Shookus — one of Ben’s ex girlfriends. Nevertheless, the star’s rep told Page Six there was nothing romantic between the pair. 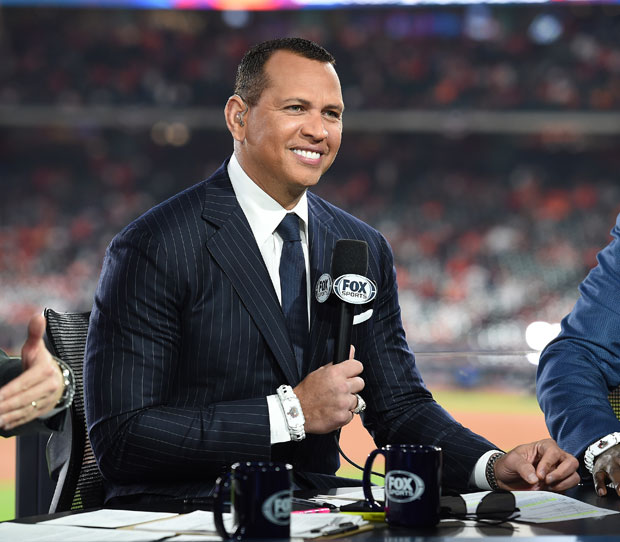 “There is absolutely zero there,” said the rep of the rumored romance. “They’ve been friends for 15 years.” Meanwhile, another source close to A-Rod told HL that he was spending a lot of time with his ex-wife Cynthia Scurtis, 48, and their daughters Natasha, 16, and Ella, 13. “Right now, he’s focused on his girls and just making sure they are getting all the love and attention that they need from him. He’s been spending a lot of time with them and with his ex-wife and her husband. He is looking forward to this summer and just being free to do his thing.”