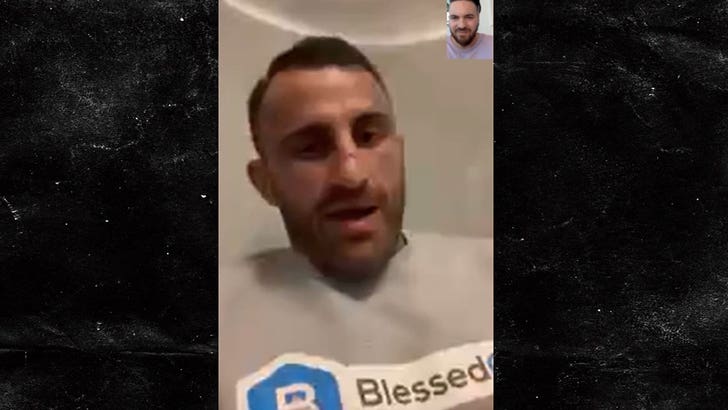 “Stop being a little salty bastard, get over [losing to me], ’cause I’m gonna do it again this weekend.”

That’s Alex Volkanovski comin’ for Max Holloway‘s neck — officially putting an end to their buddy-buddy relationship — only days before their massive UFC 251 scrap on Fight Island.

The champ and former champ were super cool with each other … but that all officially stopped when TMZ Sports talked to the 31-year-old featherweight titleholder, and asked if it’ll be hard to hurt someone he likes.

“I didn’t take him to be a guy like that, to be a bit of a sore loser, I feel like I’m getting that out of him. But, again if he wants to act like that, so be it, it’ll make punching him in the face even easier.”

FYI, Volkanovski beat 28-year-old Holloway — regarded by many as the greatest featherweight ever — via unanimous decision in December 2019.

It’s unclear exactly what Max — who is seeking to avenge the L — said to get Alex so fired up … but the champ’s adamant Saturday night will be less about revenge, and more about Holloway getting his head punched in.

“I can see myself hurting him, getting him to the ground, and if he’s still going, just punching the head through the canvas.”