Alexis Rose may always be a little bit single (even when she’s not), but she’s definitely had her fair share of boyfriends. And though I doubt even she can name all the people she’s romanced, Alexis Rose’s dating history on Schitt’s Creek includes everyone from A-list actors to pop stars to royalty… as well as a few local Schitt’s Creek residents. Over the course of the show’s six-season run, Alexis dated (or alluded to dating) at least 23 different suitors, which is pretty impressive, IMO. And while some of those men were only in her life for a brief period of time (like for a casual date in Bali), others played a much more significant role.

Pun-loving small-town veterinarian Ted Mullins will always remain my favorite match for Alexis, and that’s really saying something, considering she’s been with two princes and a sultan’s nephew. But no matter how many famous Harrys or Joshes she romanced before arriving in Schitt’s Creek, there’s no denying no one captured her heart quite like Ted. I could revisit the best moments from Ted and Alexis’ relationship all day — but I think Alexis’ extensive relationship history is also something worth revisiting, because it’s a lot. 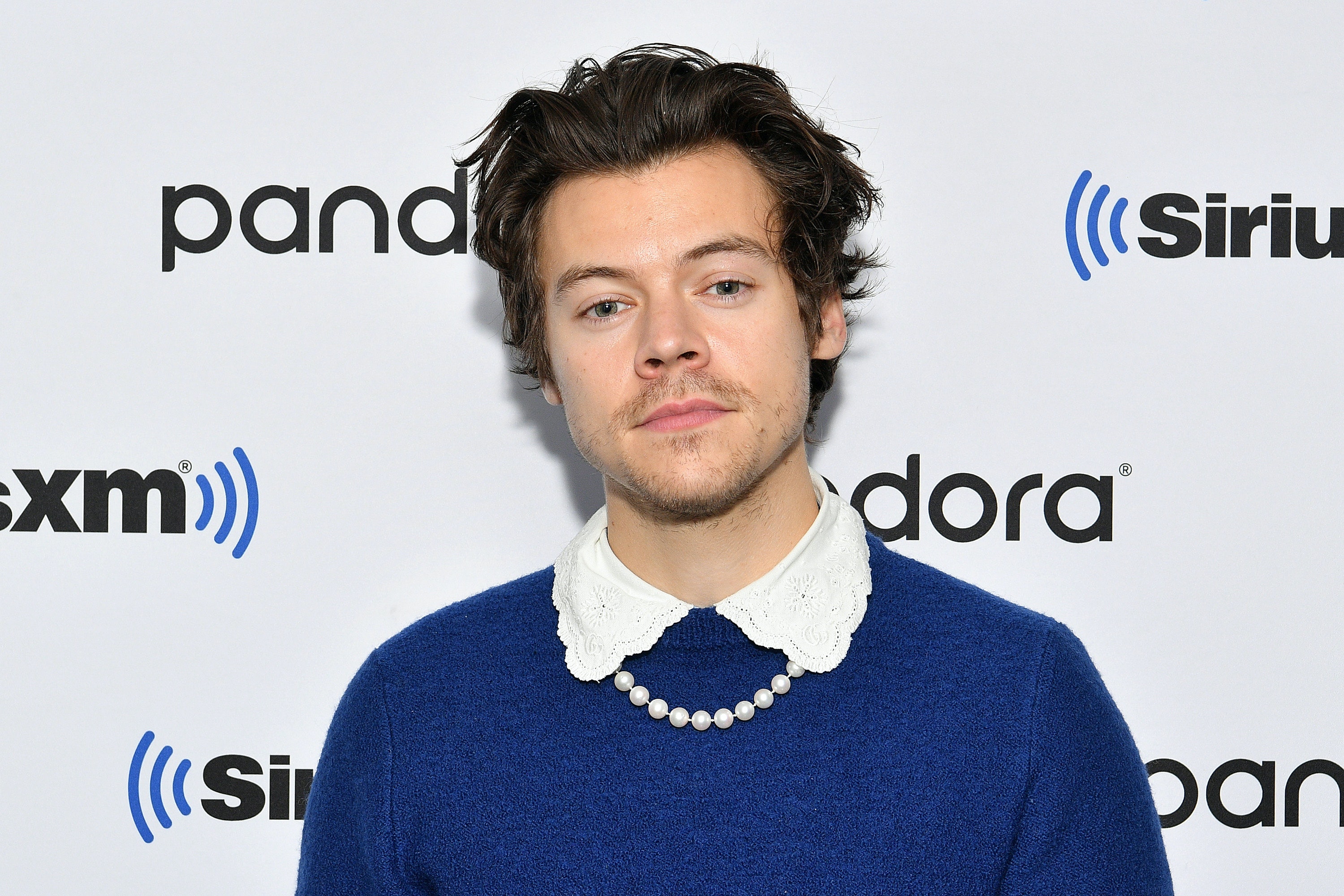 When Alexis was considering breaking up with Ted, she asked Twyla, "What now? Do I leave everything behind and move to some random island to be with the love of my life? Because I did that with Harry Styles in England, and it was, like, too rainy." 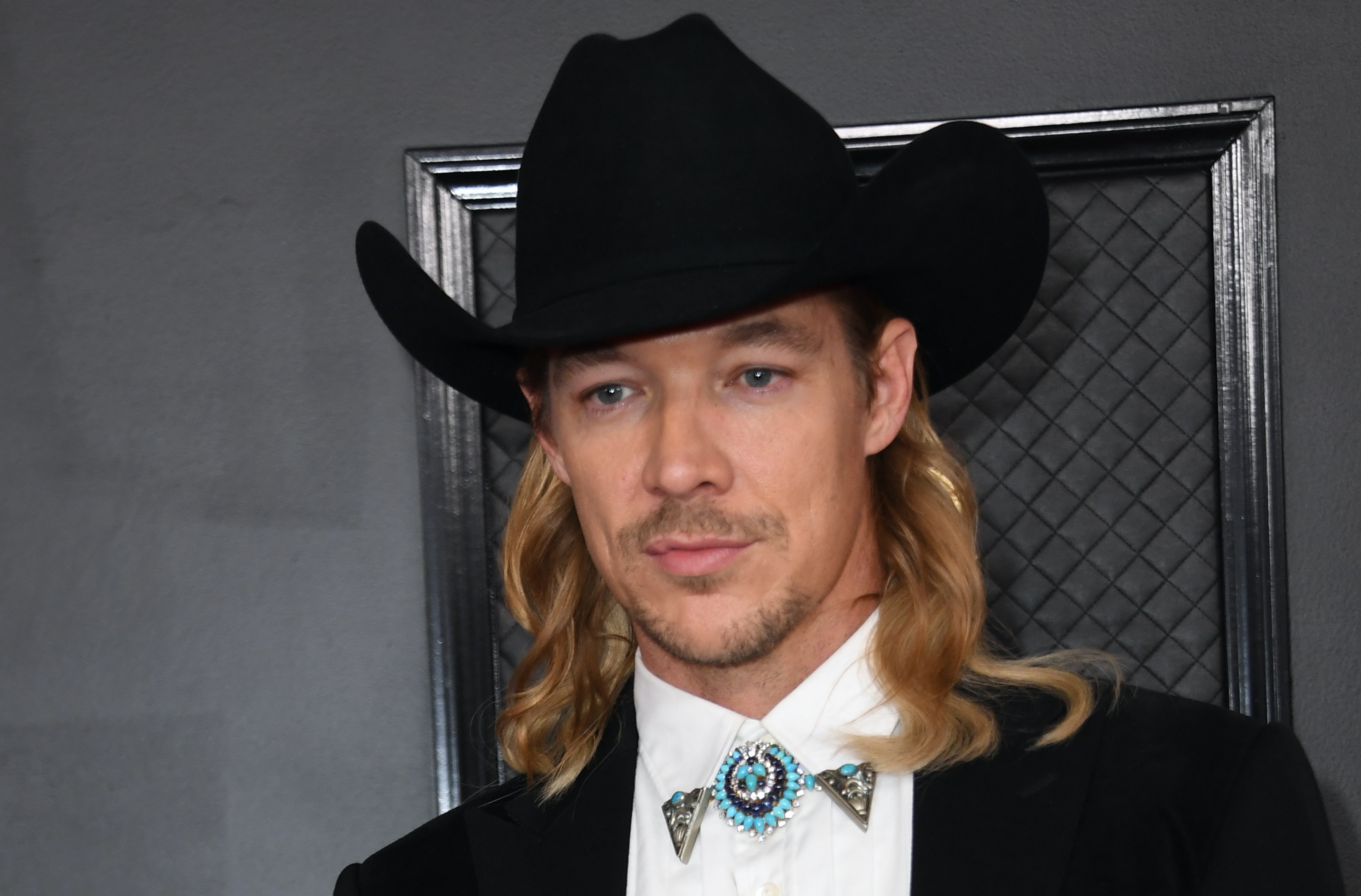 Though it’s unclear if they dated, Alexis did tell David, "Imagine what I can do with your bachelor party, David. Diplo still sends me nudes." 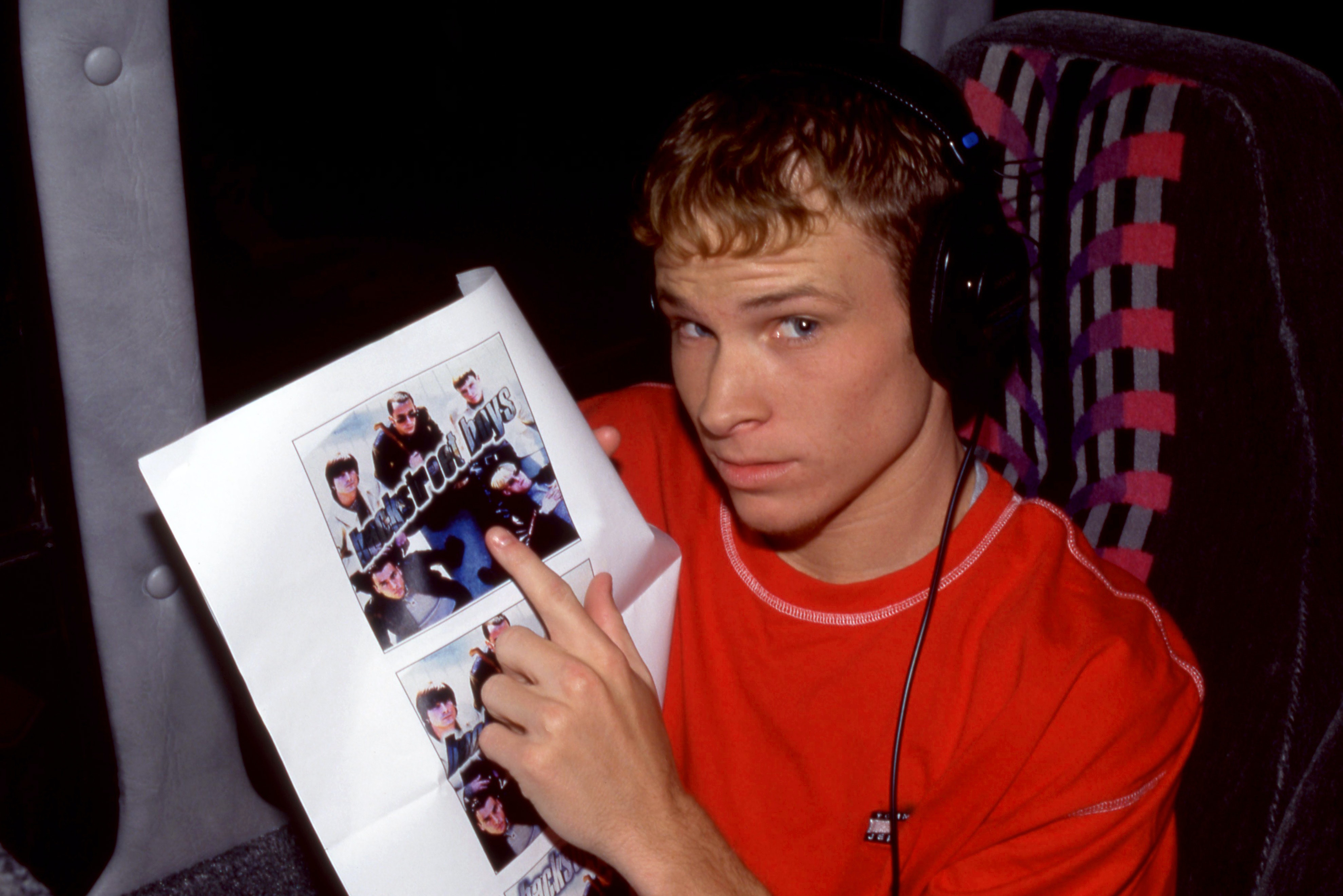 When Ted was mustering the courage to break up with Alexis, she told him, "You’re starting to sound like me trying to end things with B-Rok on the Backstreet Boys Millennium Tour."

Half the Cast Of ‘White Squall’

When Johnny was comforting her after her breakup with Artie, Alexis asked him, "Where were you when I was dating half the cast of White Squall?" (For the record, the cast of the 1996 Ridley Scott film includes Jeff Bridges, Scott Wolf, Ryan Phillippe, and John Savage, among others.) 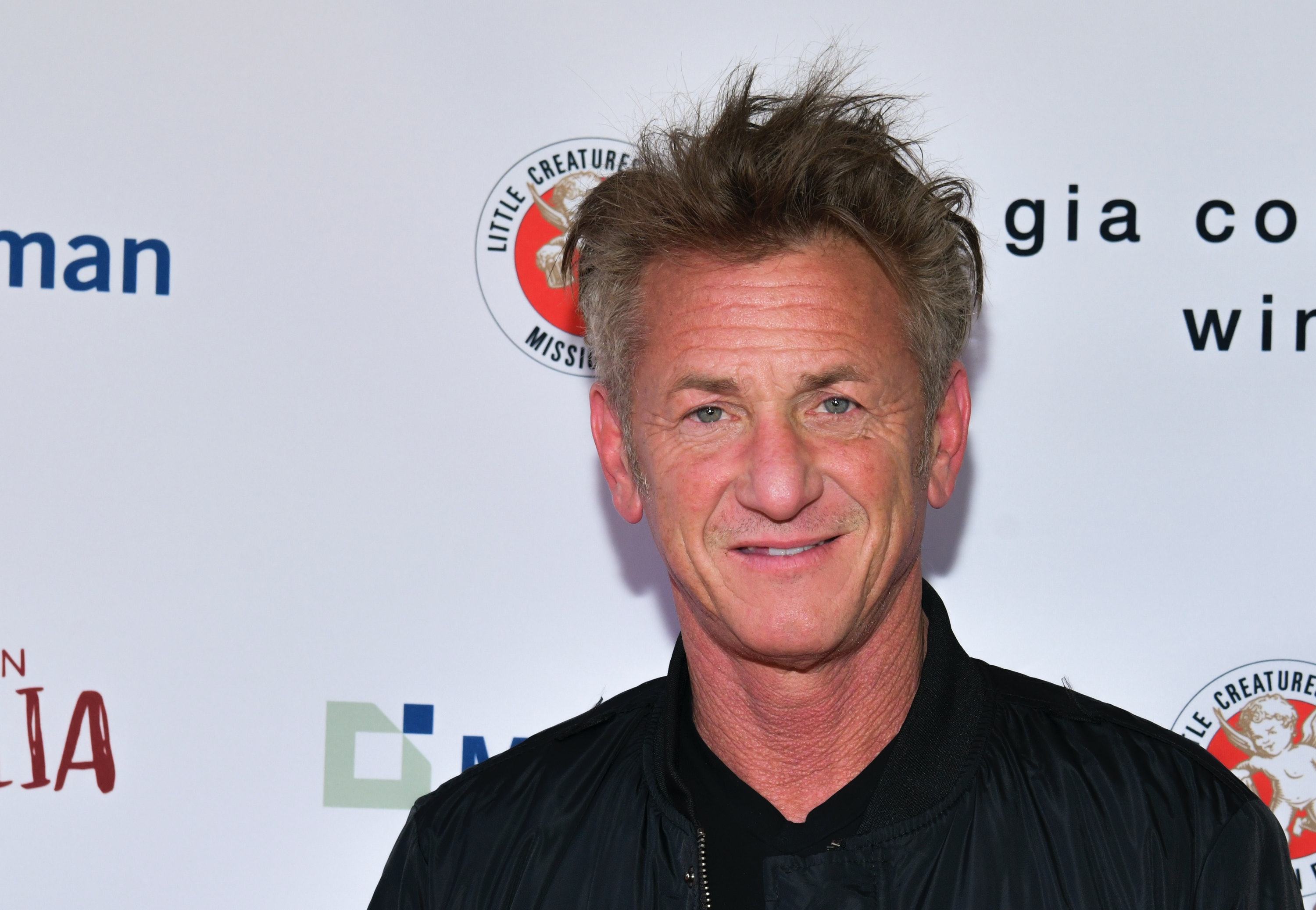 While on a walk on the outskirts of town, Johnny once asked Moira, "Does this not remind you of that wellness retreat we went to in Évian right after Alexis ended things with Sean Penn?" 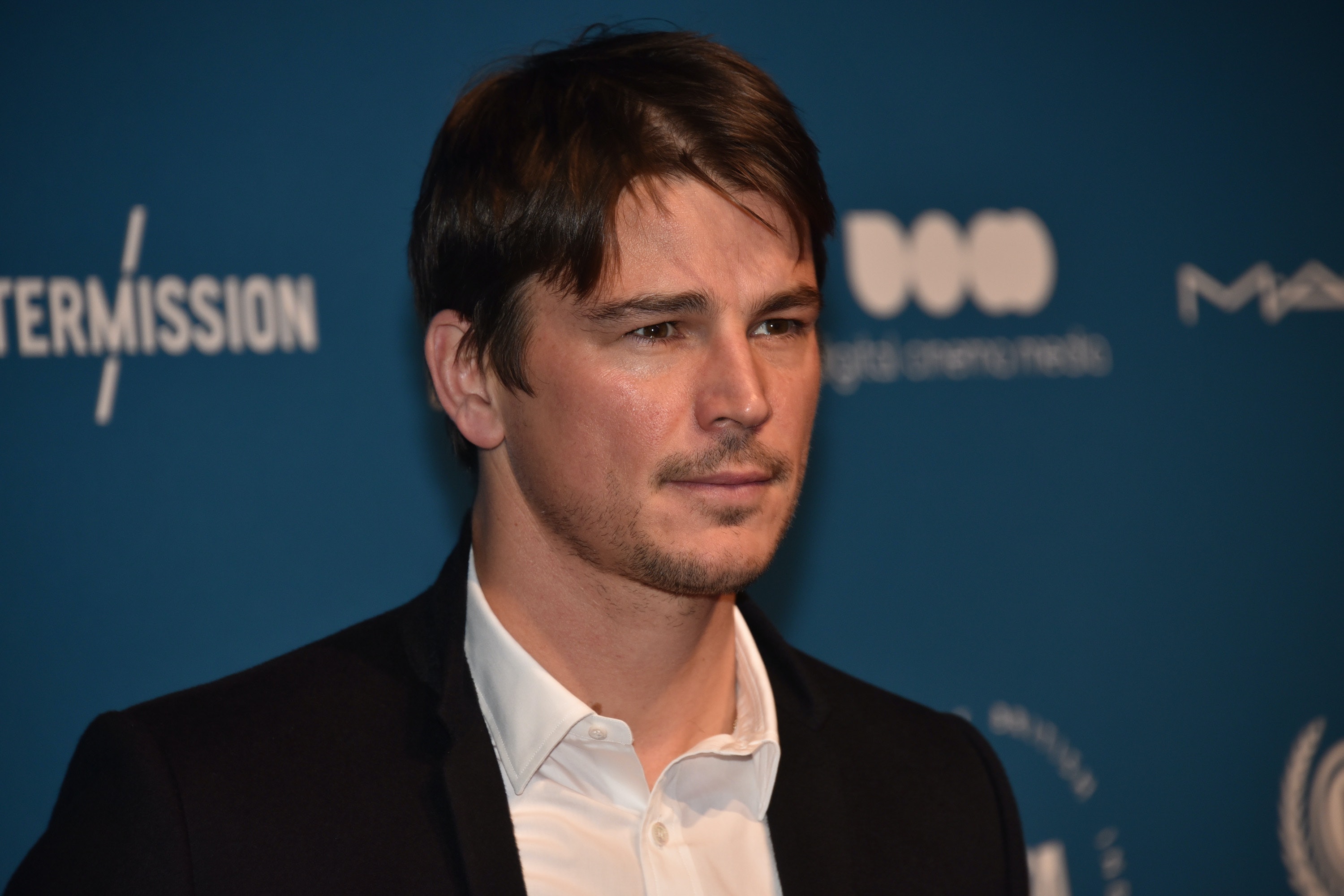 According to Alexis, long-distance relationships are easy, especially since she "once maintained a semi-successful text relationship with Josh Hartnett while he was filming Pearl Harbor." After asking David whether he and Patrick had "ground rules" for their relationship, she pointed out, "Josh Groban has a thick leather-bound binder full of them."

As Alexis told one of Ted’s patients at the vet clinic, "If there’s one thing I’ve learned when it comes to love, you can’t let the little things get in your way. Like, I once dated this sultan’s nephew who was forbidden to talk to me or even look at me, and we made it work for, like, half a regime change." When David told Alexis he and Patrick were just checking out an apartment together, Alexis replied, "Yeah, and Adam Levine and I just went for bubble tea." 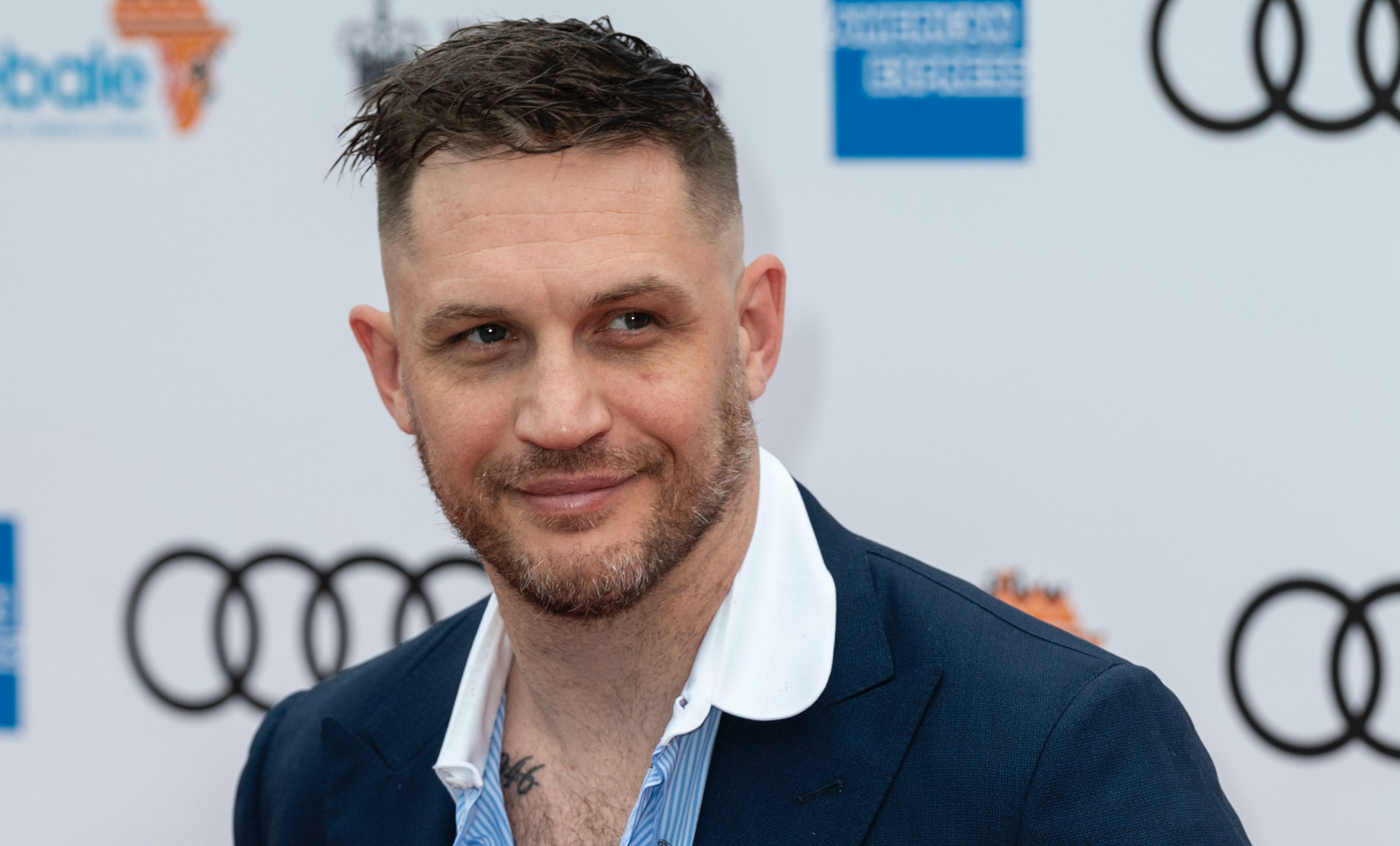 Alexis once alluded to a weekend spent in England with Tom Hardy, so there’s that. 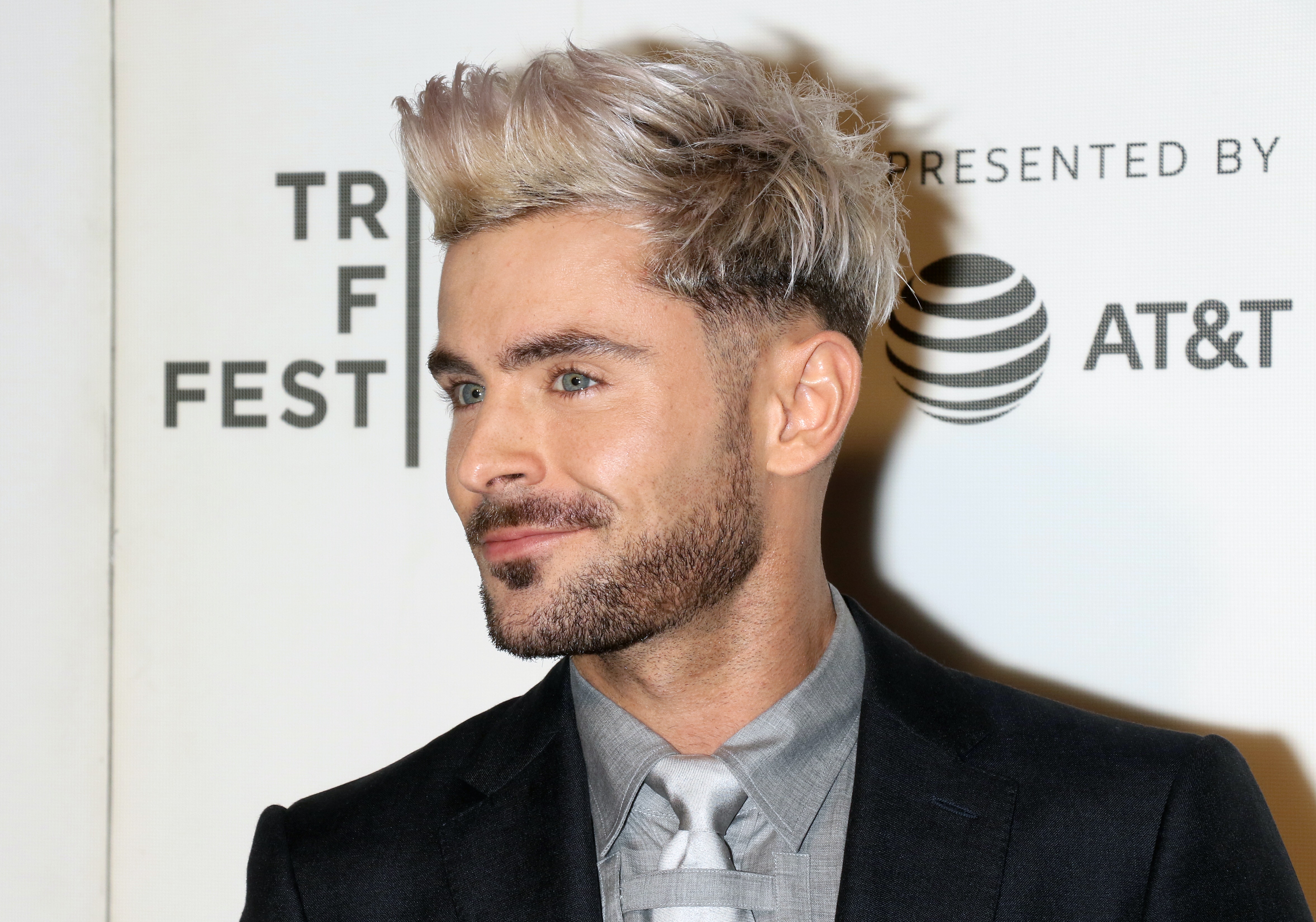 After receiving an unexpected text from Ted, Alexis told Stevie, "I used to text Zac Efron just, like, for a booty call. Poor thing would be pressing the buzzer before I even hit send." As Alexis informed her new high school classmates on her first day of school, "My friends used to call me Marie [Antoinette], but that was mainly because I was casually seeing Prince Harry, so there was the whole like, ‘Is she going to be a princess thing?’ but it was also because we were going through this dark phase where we were just… partying too hard."

While dating Ted, Alexis told Mutt, "So this is weird. Today marks the longest relationship I’ve ever voluntarily had with someone. Yeah, the actual longest relationship was a three-month affair with a Saudi prince, but for the last two months of that I was trapped in his palace trying to get to an embassy." As David once reminded Alexis, she spent a summer dating "all three Hanson brothers," though — according to Alexis — it was just to get "backstage passes to the Teen Choice Awards." When David asked Alexis’ opinion on a sweater, she replied, "I mean, I like it because Jared Leto gave it to you, and he was my first kiss, but I don’t know if I like it, like it." 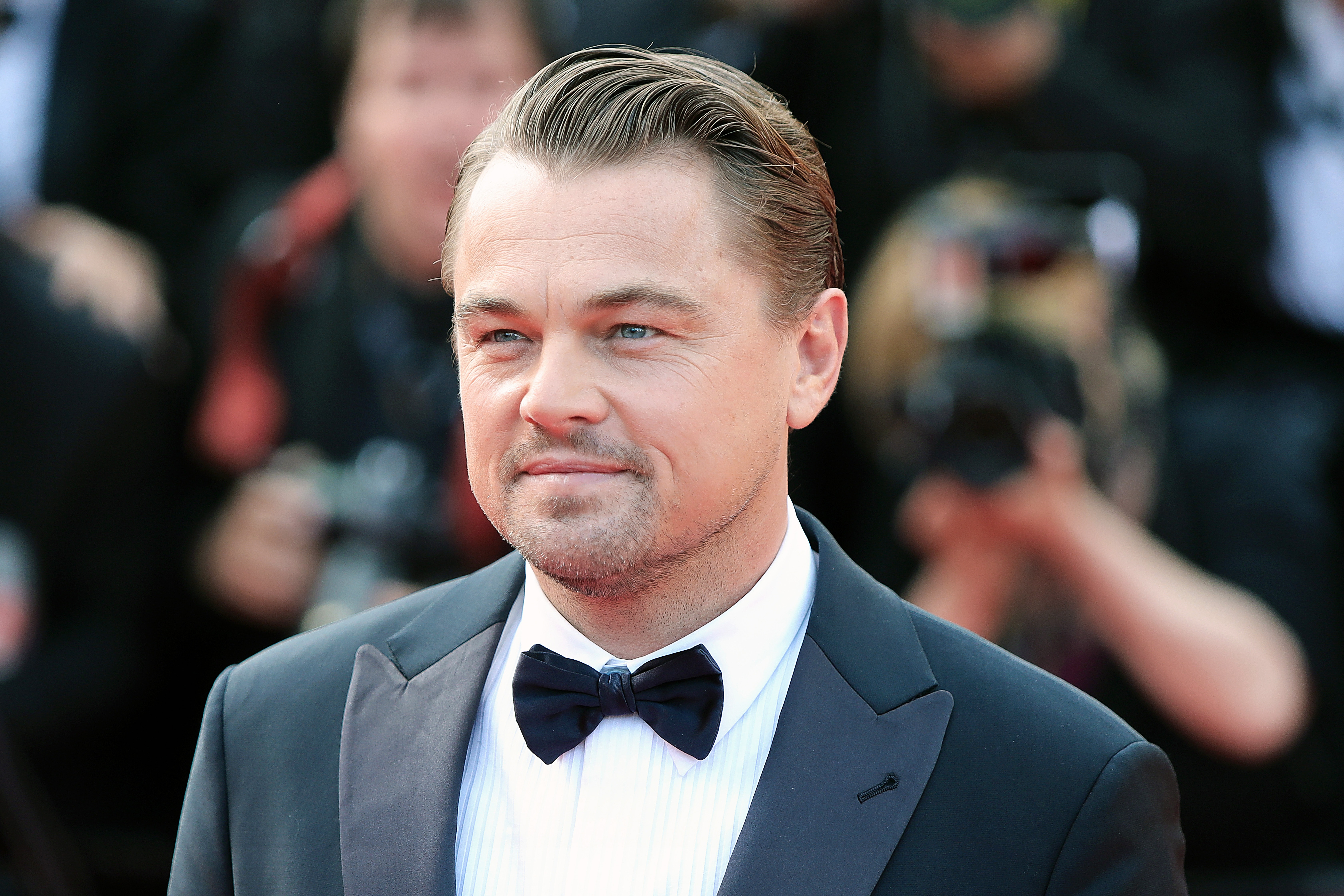 When David was worried about Alexis going on a date with Ted, Alexis assured him, "I went on a blind date to Bali with Leo, so I’m pretty sure it’ll be fine."

Soon after arriving in Schitt’s Creek, Alexis got dumped by Stavros, her shipping-heir boyfriend who had broken up with her five times already. As she explained to David, "Like, there was that time that he never met me in Rio. And remember that time when he gave me his ex-wife’s engagement ring? And then there was that time last summer when he left his molly in my glove compartment and then I got arrested." 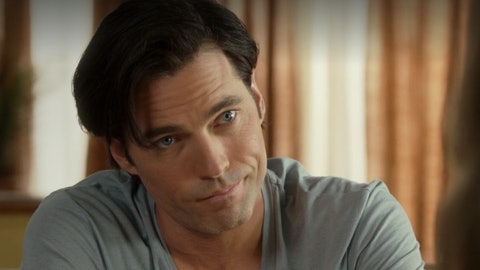 After kissing him at a party, Alexis got to know Mutt through their (court-mandated) community service projects. They went to date once Mutt broke up with Twyla, but the relationship was short-lived. As Alexis later explained, "We both agreed that we’d just been lusting after each other for such a long time that that’s what we were holding onto, and not what was right in front of us." 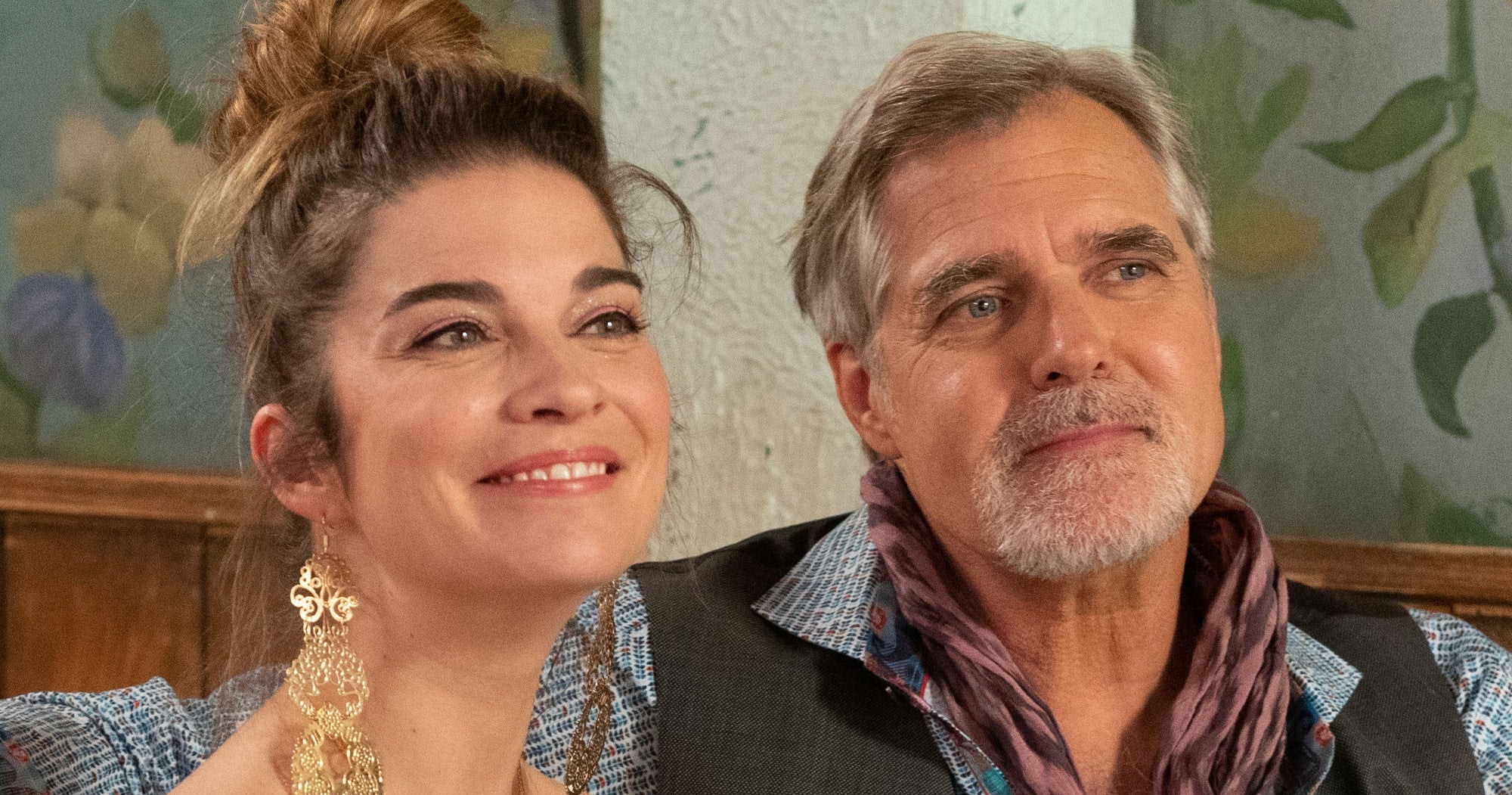 Following her final breakup with Ted, Alexis briefly dated Artie, an older man who formerly owned a chain of trailer parks, but that rebound relationship was thankfully short-lived. 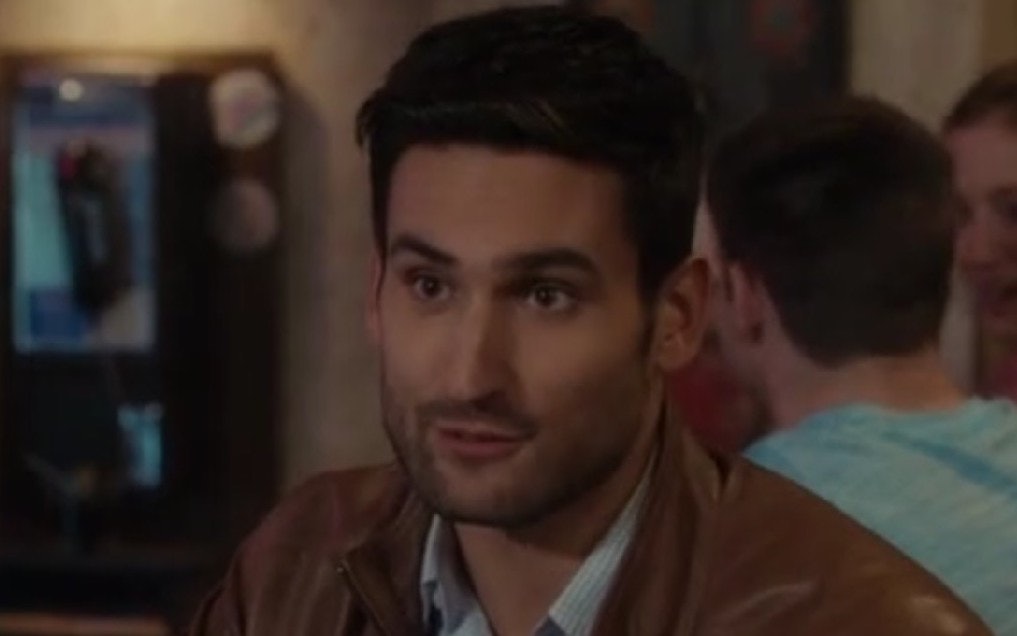 Alexis went on one date with Ted’s nemesis, Dr. Miguel, after matching with him on Bumpkin, but Miguel ended up breaking things off after realizing who she was, as he didn’t feel right dating the ex-fiancée of his competition. 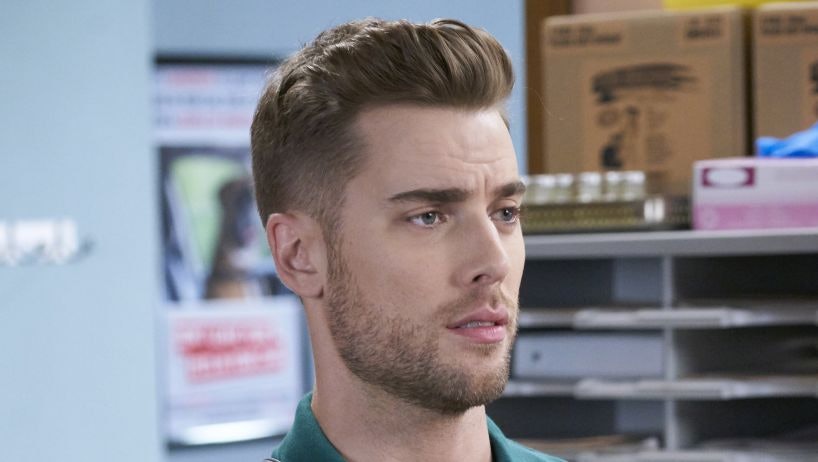 Though their relationship got off to a rocky start after Alexis rejected his proposal (twice), things picked up again after Ted returned to Schitt’s Creek. Alexis realized she had real feelings for Ted, and the two eventually got back together… only to have their relationship challenged once again when Ted was invited to participate in a research program on the Galapagos Islands. Even though they went their separate ways in the end, their romance will always hold a special place in my heart.

Can I get a sequel series following Alexis’ romantic adventures back in New York City, please?