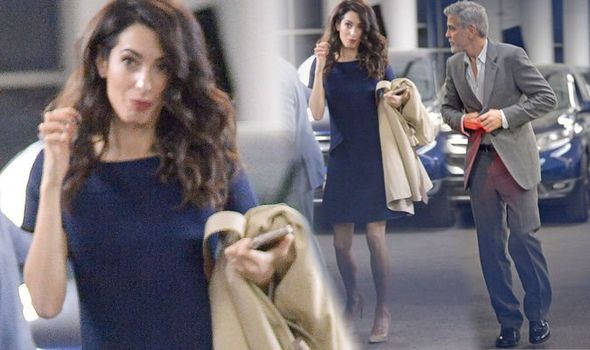 The pair, who co-founded the Clooney Foundation for Justice (CFJ) three years ago, announced the launch of its groundbreaking TrialWatch initiative at a conference yesterday.

Cutting a stylish figure, Amal wore an elegant navy blue shift dress and carried a beige coat in her arms as she made her way home.

She teamed her simple, yet stylish, dress with a pair of nude heels to elongate her toned pins and wore her hair in a voluminous bouncy style.

It’s been a busy few days for the mother-of-two, who attended a United Nations Security Council meeting earlier in the week.

George, who will premiere his new TV show in America next month, wore a smart grey suit for the occasion with a blue striped shirt which was worn undone at the collar.

The Hollywood actor directs and stars in Hulu programme Catch 22, a TV adaptation of Joseph Heller’s novel of the same name.

Taking to the stage at the Columbia Law School conference, the well-dressed couple, who married in 2014, spoke about the program which aims to be “a global initiative to monitor trials, expose abuses, and advocate for victims, so that injustice can be addressed, one case at a time”,

The duo, who are working with the Office of the United Nations High Commissioner of Human Rights and the American Bar Association, gave a passionate speech at the launch.

Following the event, Amal and George headed home to their twins Ella and Alexander, who turn two in June. 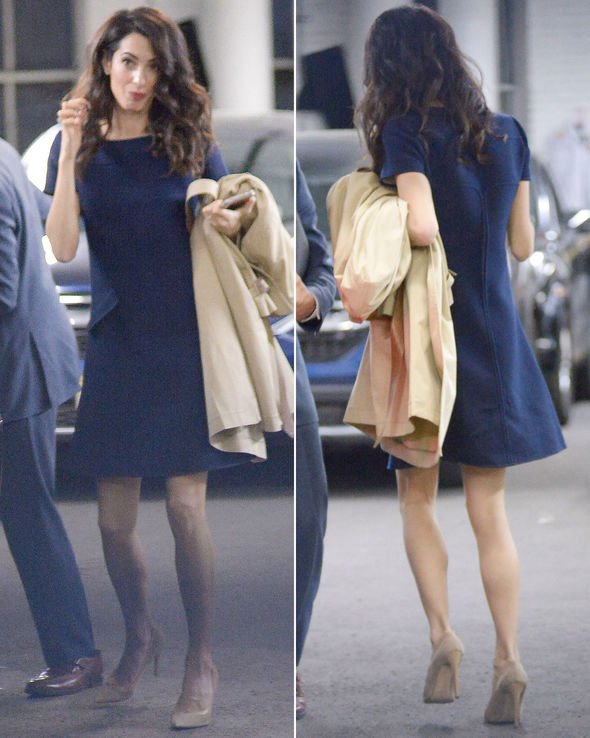 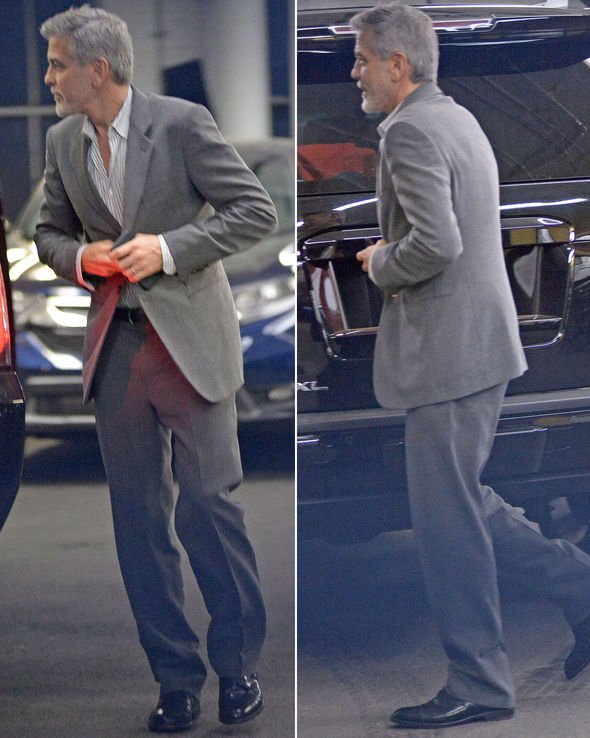