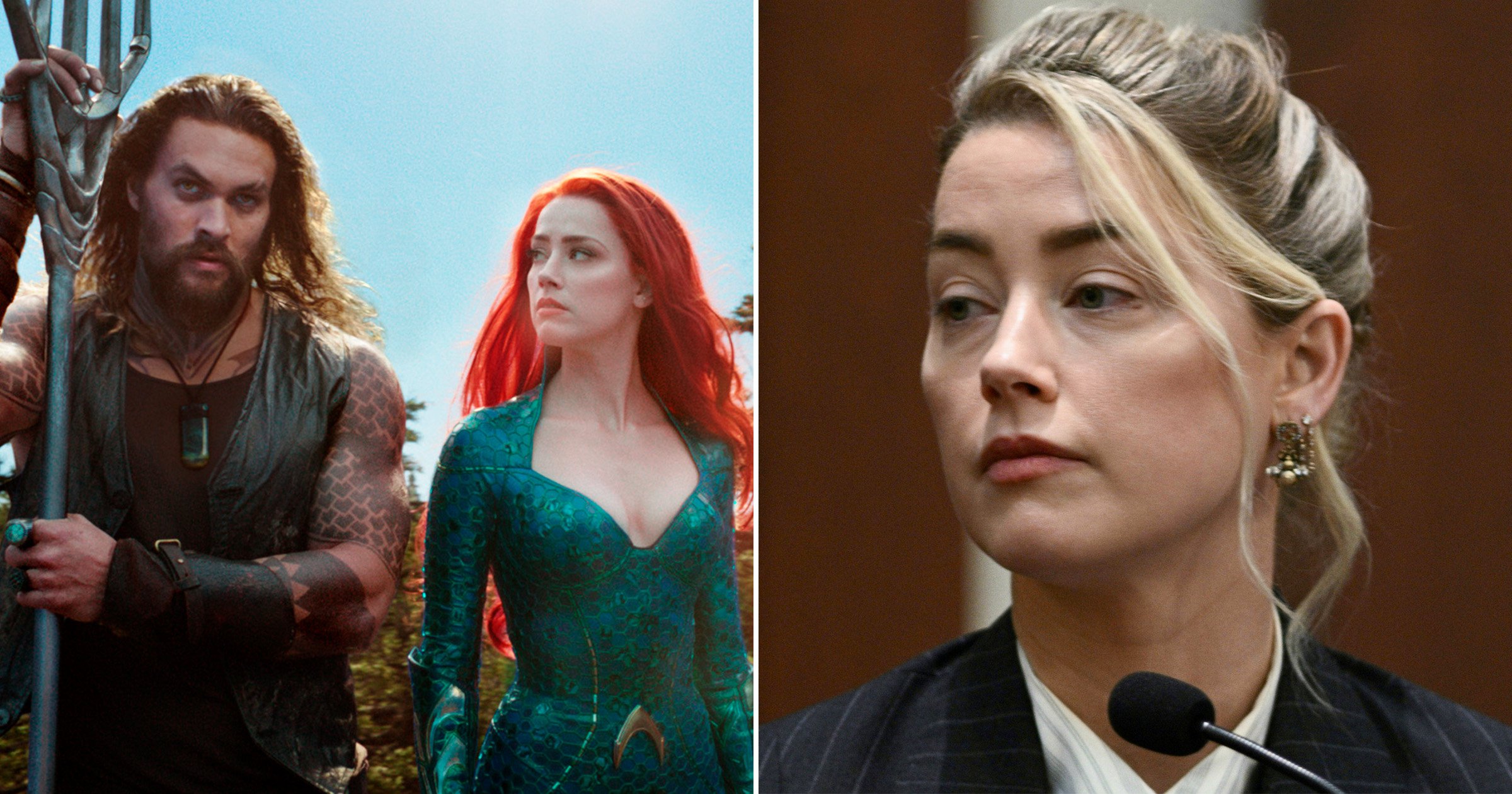 A fan-led petition calling for Amber Heard to be removed from Aquaman 2 has nearly reached the target of 4.5million signatures.

The actress, who plays Mera in the superhero flicks alongside Jason Momoa, is currently being sued by ex-husband Johnny Depp for defamation.

The case is being heard at the Fairfax County Courthouse, with the jury currently deliberating the verdict.

An appeal on Change.org was started by a fan and has gained traction during the trial, calling for the 36-year-old to be axed from the sequel after Depp claimed she attacked him.

It is inching closer to the target of 4.5m signatures, which would make it one of the most signed petitions in the site’s history.

At the time of writing, more than 4.4m people have signed it, with that number increasing every few seconds.

Over the course of the trial, which began in April, it emerged that Depp ‘warned’ Warner Bros about including his former partner in the film, but denied trying to get her fired.

Heard was also asked about her role as Mera in the film, claiming that film bosses ‘didn’t want to include’ her.

While on the stand, she told the court that she had to ‘fight really hard’ to retain her role, and that it was a ‘very-pared down’ version of the character.

‘I had to fight to… I fought really hard to stay in the movie, they didn’t want to include me in the film,’ she said.

When asked whether she was able to continue shooting, she replied: ‘A very pared-down version of that role, yes.

‘They took away a lot… I was given a script and given new versions of the script that had taken away scenes that had action in it, that depicted my character and another character, without giving any spoilers away, two characters fighting with one another, they basically took a bunch out of my role.

‘They just removed a bunch out.’

Former Hollywood film producer Kathryn Arnold, who now works as an entertainment industry consultant and expert, also took to the stand during the trial, and claimed that Momoa and director James Wan fought for Heard to stay in the cast.

Depp is suing the Justice League star over an op-ed she wrote in 2018, in which she discussed her experiences of domestic abuse.

Despite not being mentioned by name in the Washington Post article, his team argued that it falsely implies that he was physically and sexually abusive towards her during the course of their relationship, something he has denied.

Heard has launched a countersuit, seeking $100million in damages, claiming that he libeled her by calling her a liar.

The proceedings began on April 11 and has seen the former couple give evidence about their marriage, as well as Kate Moss and various staff members.

The jury began deliberations on Friday, but it is not clear when a verdict will be returned.