British actor Andy Serkis, who played Gollum in the Lord of the Rings movies, has brought his most famous character back to life to mercilessly mock UK Prime Minister Theresa May over her controversial Brexit deal. 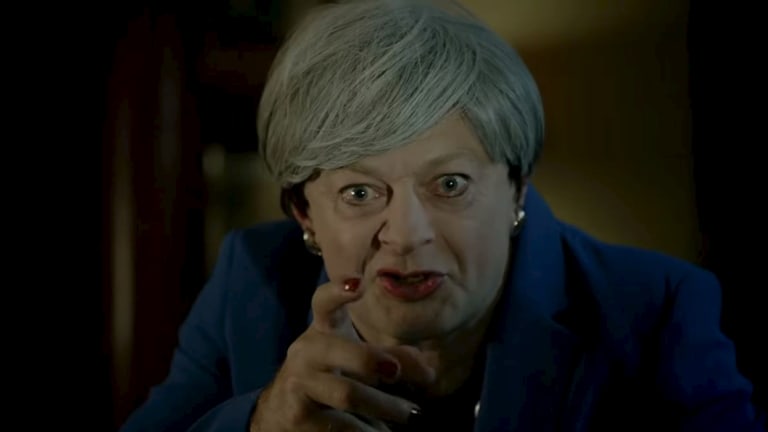 A screenshot of Andy Serkis’s Gollum as Theresa May.Credit:We Wants It / YouTube

"False! This is the only deal. Juicy and sweet. We wants it. We needs it. We will have it," he says.

"But they told us precious, they hates the deal. All of them hates it! They want… a people's vote," Serkis says, drawing his hands to his mouth and feigning horror.

The video, titled LEAKED: Footage From Inside No. 10 Downing Street!, forms part of a grassroots campaign called The People's Vote, which is pushing for a second referendum on the deal which will see Britain withdraw from the European Union.

May has less than one day to drum up support for the unpopular proposition, with Parliament going to vote on Tuesday.