Rani is a staple on the BBC and will be returning to the small screen tonight with the series, ‘Saved By A Stranger’. She has hosted a range of other popular shows too, including Countryfile and This Morning, as well as presenting the BBC’s coverage of major royal events. Rani has often been vocal in her support of the Royal Family, and once claimed that her mother talks about the royals “like they’re our extended family”. She added: “They crop up in every conversation!”

When Meghan and Harry first announced their engagement, Rani posted on Instagram praising the couple.

She wrote: “Feminist, self made, intelligent, beautiful, independent, mixed race. My kind of [crown emoji].”

She then replied to one of her fans, further praising the couple: “Don’t you think it’s significant that a senior royal is marrying someone biracial? For Britain this is major.”

Rani has also had a chance to meet the royals in 2018, when she hosted the annual Royal Foundation dinner — an occasion which is normally “kept under wraps” by Kensington Palace, according to the Daily Mail.

She wrote on Instagram: “Such an honour to be asked to host the annual Royal Foundation dinner last night. 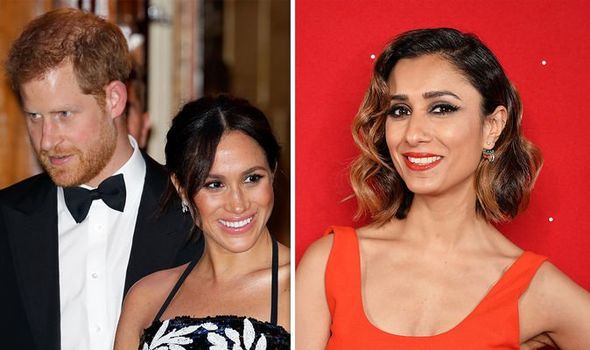 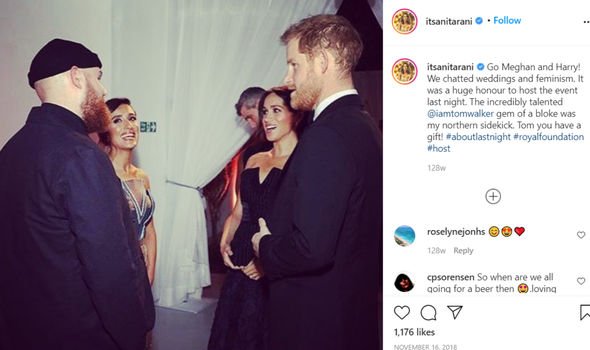 “Brilliant the Fab Four have come together to influence change. It was a wonderful evening!!!”

After just a few months, Meghan and Harry split away and formed their own vehicle, the Sussex Royal Foundation, before leaving the Royal Family and establishing their own independent organisation Archewell.

Back in November 2018, the Daily Mail noted how photographs from the annual Royal Foundation dinner were not usually released to the public — until musician Tom Walker, and then Rani, shared their photos from inside the venue on Instagram. 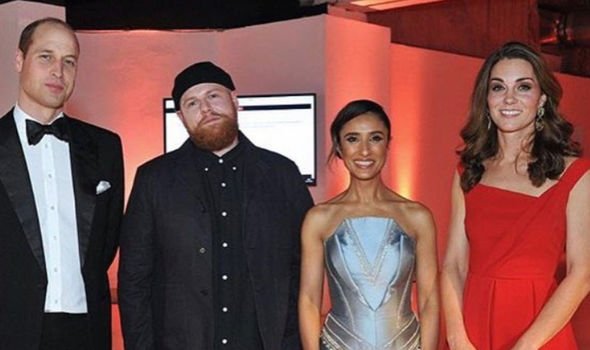 Rani posted a picture of herself, smiling while in conversation with Walker, Meghan and Harry.

Her caption read: “Go Meghan and Harry! We chatted [about] weddings and feminism. It was a huge honour to host the event last night.”

She then posted a more formal image of herself facing the camera while standing in a line with Walker, Kate and William, smiling.

This caption read: “With the Duke and Duchess of Cambridge and @iamtomwalker at the #royalfoundation dinner.

“Using power and influence to make a difference. 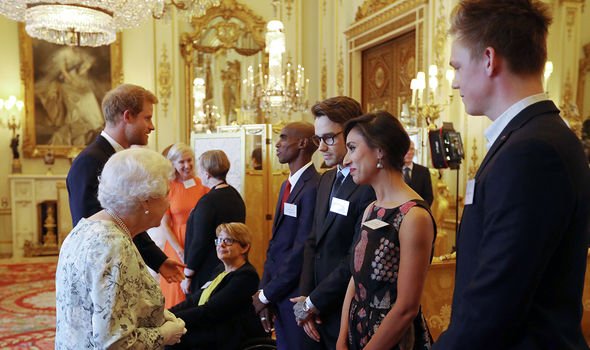 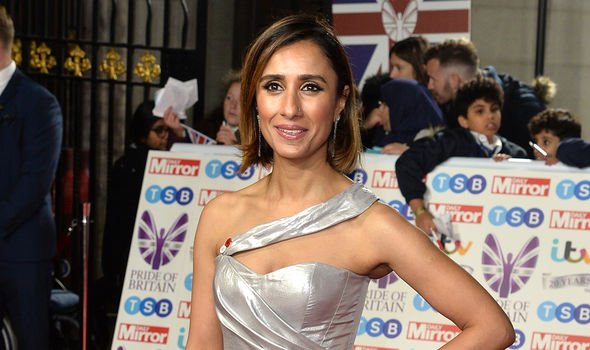 “Did I mention how much of an honour and pleasure it was to host the evening?

“Great to meet the royal couples. I was at both their weddings after all!”

Rani’s support for the Sussexes led her to post about Archie’s birth two years ago, as well.

Next to the official photograph of the Sussexes with their newborn son, Meghan’s mother Doria Ragland, Prince Philip and the Queen, the TV presenter wrote: “Congratulations @sussexroyal and welcome to the world Archie! Also vadaiya to Nanima Doria!

“A modern little royal is born. Love this photo.”

Rani was quick to defend their decision to leave the Royal Family last year, too. 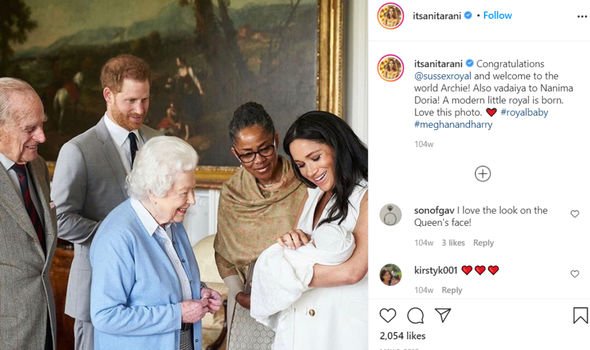 She tweeted: “Gossipy aunties who can’t tolerate anyone living their own lives.

“Breaking away from the family?! ‘Hai hai’ I mean, seriously.

“They are free to do what they want. #liveyourlife.”

When Meghan and Harry’s dramatic tell-all interview with Oprah Winfrey divided royal fans across the world when it aired back in March, Rani compared the public debate to a “terrible Indian melodrama”.

Long before the interview aired, Rani had also posted about her “presenter idol” Oprah, and even captioned a picture of the legendary US talk show host with the words, “All Hail Oprah! Our Queen”.

The TV presenter met the Queen in 2017, and demonstrated her support for the monarch online.

She shared a photo of the very moment she met the sovereign at the Queen’s Young Leaders Awards ceremony, and said the occasion was “truly inspiring” and that it had “restored my faith in humanity”.

‘Saved By A Stranger’ presented by Anita Rani will air on BBC Two tonight at 9pm.