Anne Hegerty, 61, took to Twitter to defend Imperial University student Brandon, who appeared on last week’s University Challenge. The Chase regular got into a bit of a debate with an unimpressed BBC viewer, who wrote: “#UniversityChallenge Brandon appears to be what we call in the UK… a bellend.” And the Governess wasn’t having any of it, politely disagreeing before revealing they player in question was a friend. She wrote: “Oh, kindly tell me you are not having a go at my friend Brandon #UniversityChallenge.

I’ve known him since he was a teenager, and he is not arrogant

The viewer responded: “Sorry Anne but yes only for his arrogance not for his brains you understand although tonight I’ve been abused for being autistic so I’m regret the tweet.”

Anne responded again, and said she has known Brandon since he was a teen, and shared his good qualities.

She retorted: “You’re entitled to your opinion, but I’ve known him since he was a teenager, and he is not arrogant. IRL he’s funny and self-deprecating.”(sic)

Anne’s input appeared to have a positive impact on the viewer, who praised her for her approach to the criticism.

He wrote: “Good I’m glad you’ve reacted in the right way unlike some people on TV he came across in the wrong way but I’m glad to hear he’s actually a nice kid.”

But it seems that this University Challenge viewer wasn’t alone in tweeting about Brandon as several others called out the contestant. 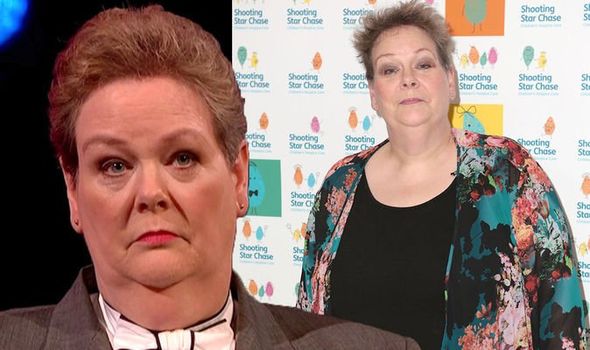 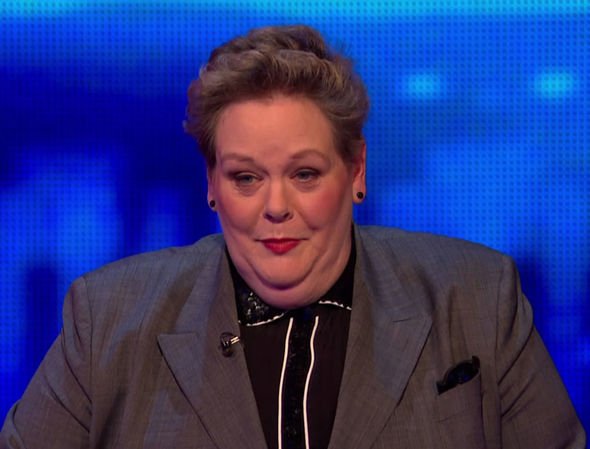 Many seemed impressed by his knowledge but called out his seeming disinterest in being a part of the legendary show.

One coined Brandon the “grumpiest genius”, tweeting: “This guy Brandon is the grumpiest genius – he’s killing it while looking like he’d rather be anywhere else. Legend.”

Another joked that he could “fix” Brexit: “Wondering if Brandon is available to fix Brexit? Would probably bore him. But reckon he’d smash it.”

A third hailed: “Brandon is the character that the series of University Challenge has been crying out for.”

And a fourth joked at Brandon’s rather unimpressed gaze with: “Brandon has Resting Quiz Face.”

Anne, an ardent University Challenge fan, is of course a general knowledge expert herself. 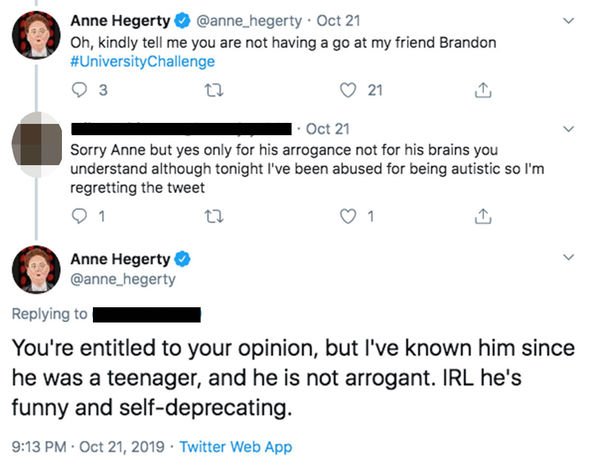 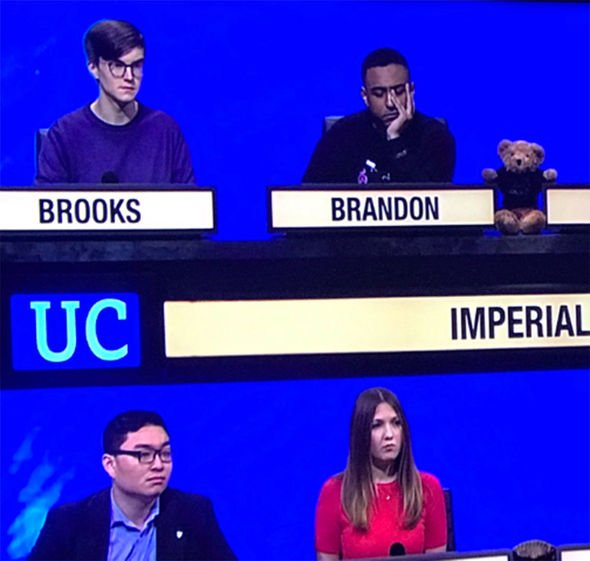 Starting out as a journalist, she has gone on to appear as a quiz mastermind on both The Chase and The Chase Australia.

Competing on I’m a Celebrity… Get Me Out of Here! in 2018, Anne opened up about being diagnosed with Asperger’s Syndrome.

Speaking to her campmates she revealed how she had been trying to improve on picking up social cues since a teen.

She said: “I have worked on picking up social cues since I was a teenager, I was absolutely useless at it.”

Anne was widely praised for opening up on the subject, and the National Autistic Society reported a 70 per cent increase in calls to their helpline during Anne’s I’m a Celeb stint.

The Chase continues tonight at 5pm on ITV, while University Challenge will air at 8.30pm on BBC Two.