Yikes, looks like Peter Weber’s always-iconic mom, Barb, had slightly more to do with his breakup with Kelley Flanagan than fans thought. A source is out here telling E! News that Barb put a lot of “pressure” on the couple—and Kelley thought she was pretty controlling.

“Kelley did think Barb was very controlling and overbearing but she tried to not let it affect their relationship,” a source tells the outlet. “Barb put a lot of pressure on them, which was definitely hard.” 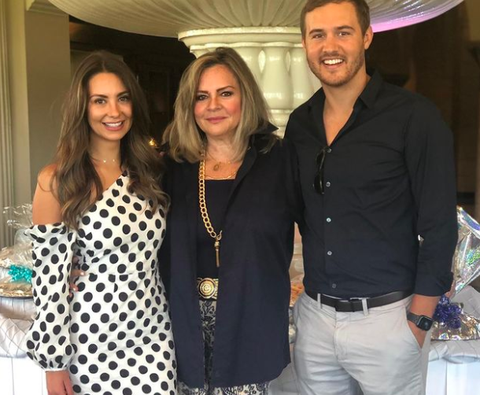 Sounds rough, but the source says Barb’s whole thing wasn’t a “huge factor” in the breakup, and that she and Kelley actually got along and “enjoyed each other.”

So…what went wrong? Peter and Kelley have both implied they were simply moving in different directions, but E! News’ source says that “Peter is not ready to be with one girl. He thought he could take the step of moving in with Kelley but he couldn’t handle it. Kelley suspected something was up with him because Peter was being distant. She is definitely heartbroken.”

As for whether a reconciliation could be in the couple’s future, apparently Peter “doesn’t know if he’s making the right choice. He thinks he will regret this eventually.”