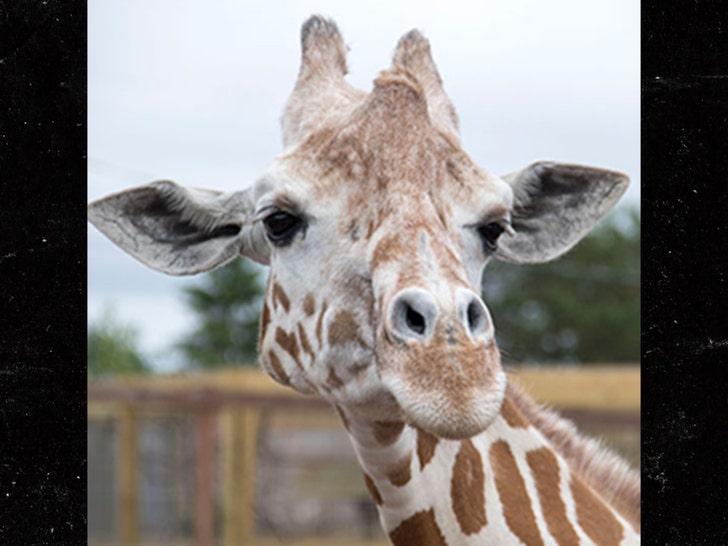 April the Giraffe, whose pregnancy captivated the world in 2017 and racked up millions of YouTube views, has died after her arthritis became too much to bear … according to Animal Adventure Park in NY.

The zoo announced that April’s most recent veterinary exam revealed her condition was worsening, “prompting the determination that euthanasia was the humane and appropriate course of action.”

It adds … “We credit and thank the outstanding collective care provided by the park’s veterinarians and animal care team with keeping April happy and healthy during her more than five year stay at Animal Adventure.”

April will reportedly be cremated after her necropsy and her ashes will be returned to the zoo.

As we reported … millions of viewers tuned in to the park’s live stream of April in Spring 2017 in anticipation of her giving birth, and she kept everyone waiting for weeks.

When April’s calf finally popped out on April 15, more than 1.2 million were watching … including us. The baby giraffe, a boy, was named Tajiri.

When it was all said and done, Animal Adventure Park became the second most live-viewed channel in YouTube’s history at the time with 232 million live views from February to May.

Sadly, April is preceded in death by her youngest son, Azizi, who was born in March 2019 but unexpectedly died at a Texas zoo last year.

Giraffes commonly live up to 26 years, but April didn’t quite make it that long.