Sutton Stracke is known for her Southern charm on “The Real Housewives of Beverly Hills,” but she’s also made plenty of headlines this season as she voiced her doubts about Erika Jayne Girardi’s legal woes. (Erika’s estranged husband Tom Girardi is being sued for allegedly embezzling money from plane crash victims, which Erika has denied any knowledge or involvement in.)

Fans of the show know the September 1 episode focused on the second part of the already dramatic dinner, where the women continued to get rowdy. Kyle Richards broke it down on Twitter, since fans questioned her relationship with Sutton during the dinner party.

“In tonight’s episode I said to Sutton in her backyard that Erika has never lied to me. Sutton spoke & it overlapped me so you couldn’t hear it well. But that is the truth. I have never known @erikajayne to be a liar #rhobh,” she wrote. When a fan said she should apologize to Sutton (since Sutton doubts Erika’s innocence, and the fan believes Sutton is right), Kyle responded with, “Sutton and I are good.” One fan believed that Kyle threw Sutton under the bus, but Kyle was quick to dismiss the rumor, noting she doesn’t share what friends tell her in private. We’re sure Sutton appreciated Kyle clearing the air on social media, but Sutton has remained quiet on her accounts. Her Instagram post on September 1 was slightly cryptic: “And this southern belle has survived many a hurricane with reputation intact.”

Although it’s clear Sutton and Kyle have history as friends, just how close are they? Keep reading for more details. 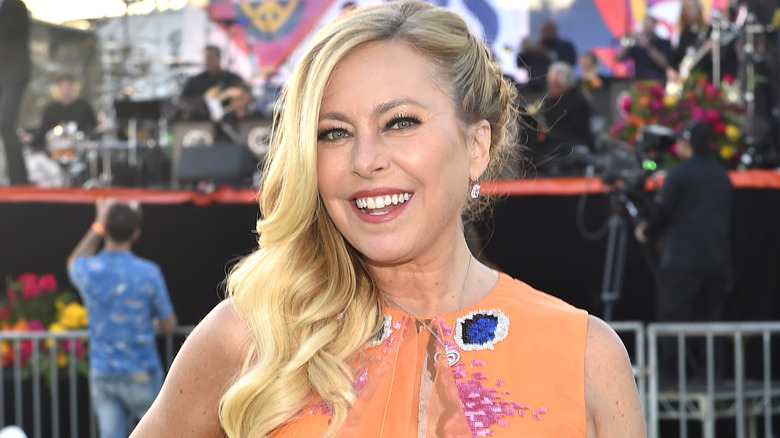 Kyle Richards and Sutton Stracke should get matching BFF necklaces because these two are closer than close!

Kyle was nice enough to lend Sutton her Bel-Air home since her new house was under construction, according to Bravo. Even though Sutton was responsible for $20,000 per month in rent, Kyle did not make her put down money up front. “Kyle did not make me give a security deposit… I think she trusted me,” she said on the August 17 episode of “Jimmy Kimmel Live.” Sutton told Page Six in May that the arrangement seemed to bring them closer together. “Kyle and I are very close,” she said. “Doesn’t hurt that I’m living in her house, but Kyle’s a very open person, and she’s also very down-to-earth and what you see is what you get, and she’s very nurturing as well.”

She continued, “I’ve had a tough year. I’ve sold my house. My daughter [Porter] went to college. Like, all of these things that she’s done as well. So, she’s kind of coached me through them as a friend. And I really appreciate everything that she’s done for me. It’s real. It’s not fake and phony. It’s like a true friend.” We know Kyle feels the same!