Prince George and his younger sister Princess Charlotte currently attend school at Thomas’s Battersea located in south London, according to The Sun. The outlet reports that it costs more than $25,000 per year to send one child to the co-ed school. Both George and Charlotte were homeschooled for a period of time in 2020 during the coronavirus pandemic, according to Hello! magazine, but it has been reported that they were both back at Thomas’s Battersea in 2021. George is said to be in Year 3 while Charlotte is still in Year 1. The youngest Cambridge child, Prince Louis, was expected to attend Willcocks Nursery School before being enrolled at Thomas’s Battersea, which is the path that Prince William and Kate Middleton previously chose for Charlotte. It is believed that the pandemic has delayed this some, but many believe that this is still the plan for Louis. He will likely begin lower kindergarten at Thomas’s either this coming fall or in 2022.

However, as George is getting older, speculation about his schooling has grown. Many wonder if William and Kate will keep him at Thomas’s or if they will transfer him to a different school. There has even been a great deal of chatter about whether or not the Duke and Duchess of Cambridge would consider sending their eldest son to boarding school. Keep reading to find out more. 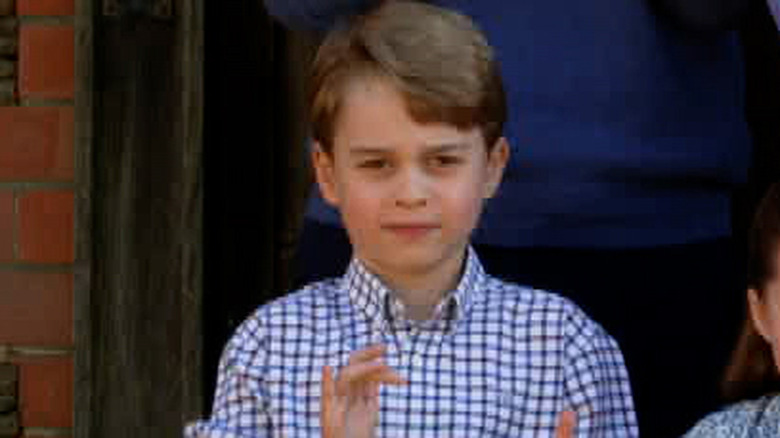 Rumors that Prince William and Kate Middleton were thinking about sending Prince George to boarding school circulated back in 2020. According to The Observer, it’s fairly common for royal children to attend boarding school. “Prince William and Prince Harry both attended the Ludgrove School in Berkshire, and reportedly loved being there. They were full-time boarders, but Princess Diana would visit them every weekend. Both Prince William and Prince Harry then went on to enroll at Eton College when they were 13, for their secondary education,” the outlet reports.