Ariana Grande and Dalton Gomez enjoyed a romantic vacation in Europe to celebrate their surprise wedding in May.

Ariana Grande, 28, and her husband Dalton Gomez, 25, adventured and relaxed in the Netherlands to celebrate their honeymoon, after the pair secretly got married in May 2021. Ariana shared a ton of photos of their European excursion on Sunday July 11. The couple looked like they had a blast taking on all the sights that The Netherlands had to offer. The singer adorably captioned the post with a snail and a waffle emoji.

Ariana shared a mix of both photos and videos that she took while vacationing with Dalton. Besides sweeping pictures of Dutch landscapes and skylines (complete with windmills and cozy rivers), Ariana also shared photos and videos of some of the plants and animals that the couple saw while in Europe, including a ladybug and a swan. She also posted an adorable shot of the newlyweds sitting in a giant pair of clogs and a selfie taken in a window, where she’s sporting a black crop top, gray pants, and a face mask.

It’s so nice to see that the newlyweds got to enjoy a gorgeous European honeymoon, after getting hitched in May. Since secretly marrying Dalton, Ariana posted a few PDA photos at the end of May, where she’s passionately kissing hew new hubby at their wedding. The “7 rings” singer also showed off her simple diamond pavé wedding band from Solow & Co. when she performed a remix of “Save Your Tears,” with Canadian singer The Weeknd at the iHeartRadio Music Festival on May 27. Her wedding band alongside her diamond and pearl engagement ring were also on full-display in a June video that Ariana posted of herself singing along to In The Heights. 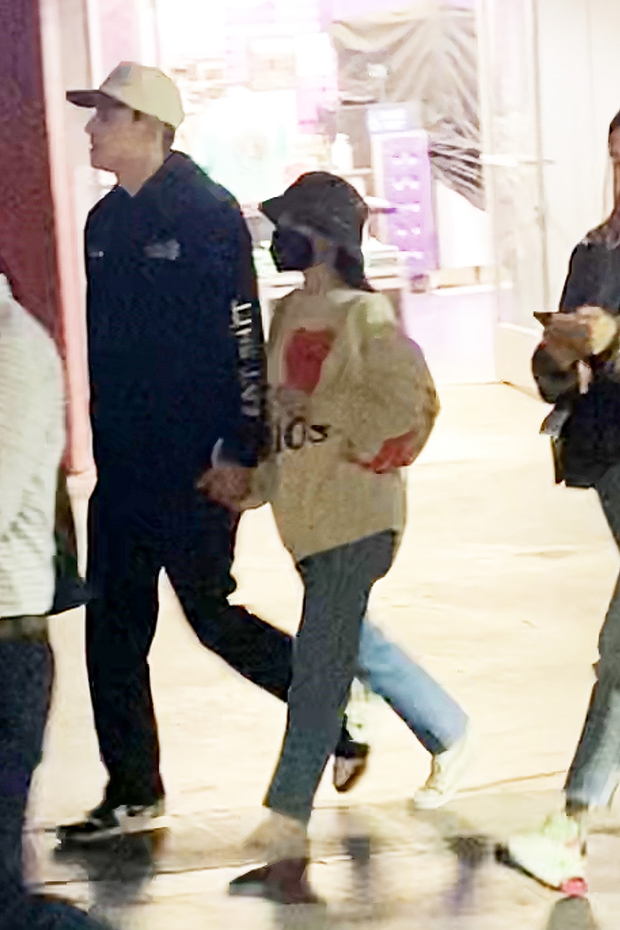 Besides having a beautiful honeymoon, it looks like Ariana and Dalton have been enjoying their marriage. When Ariana celebrated her 28th birthday on June 26, the singer posted a rare video of herself kissing her new husband. The couple also looked like they had a wonderful date, when going to Six Flags Magic Mountain in Los Angeles. The newlyweds held hands, as they dressed casually for the amusement park outing.