Ariana Grande is sending good vibes to her ex-fiancé, Pete Davidson. The pop star took to her Instagram Stories to defend the Saturday Night Live star after he spoke out about being bullied in the wake of their split. 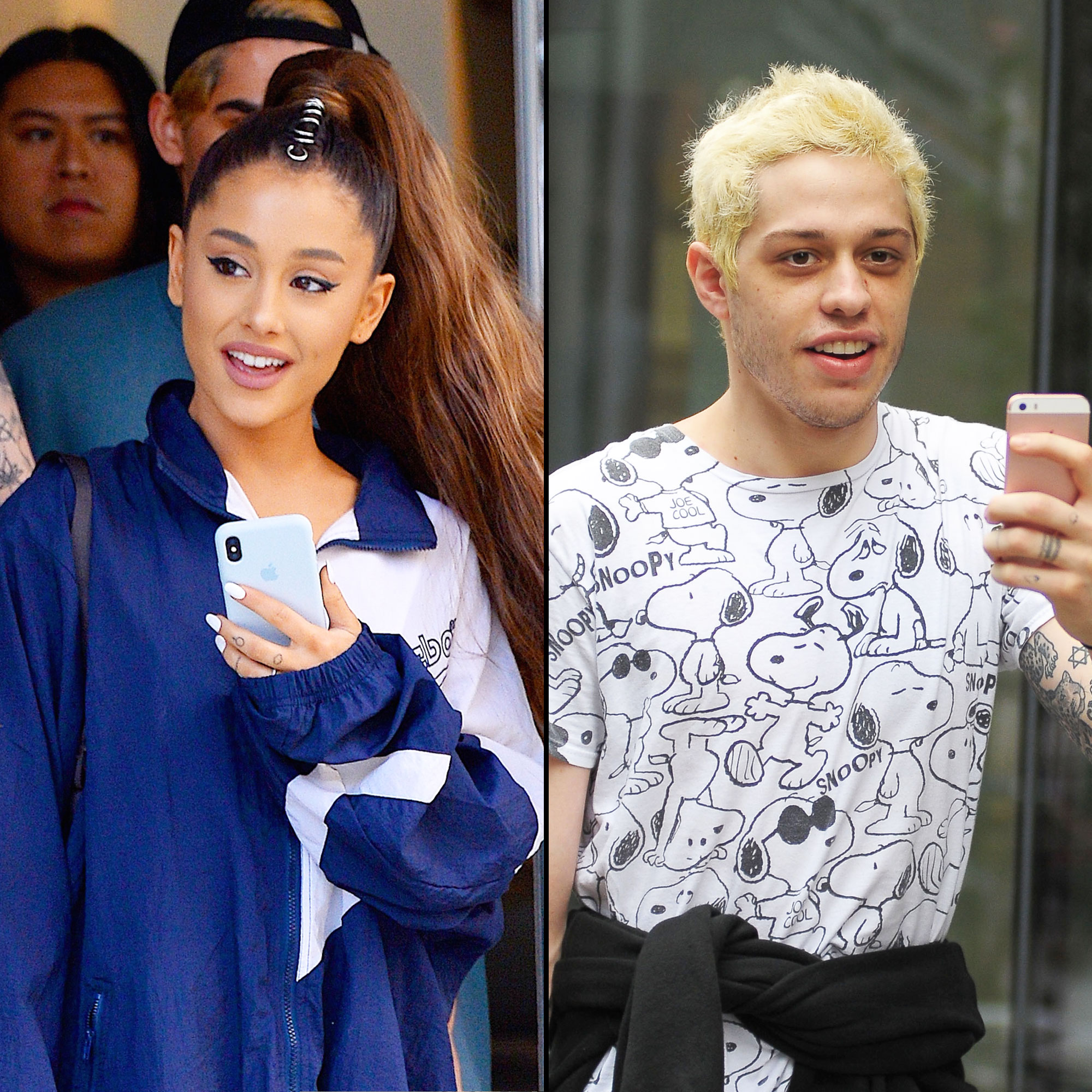 She continued, “i’ve learned thru my own mistakes not to be reactive on socials so i do understand. but you truly don’t know what anybody is experiencing ever. regardless of what they choose to display on social media or how they may appear in public. i can promise u that. so please let whatever point you’re trying to make go. I will always have irrevocable love for him and if you’ve gotten any other impression from my recent work, you might have missed the point.” 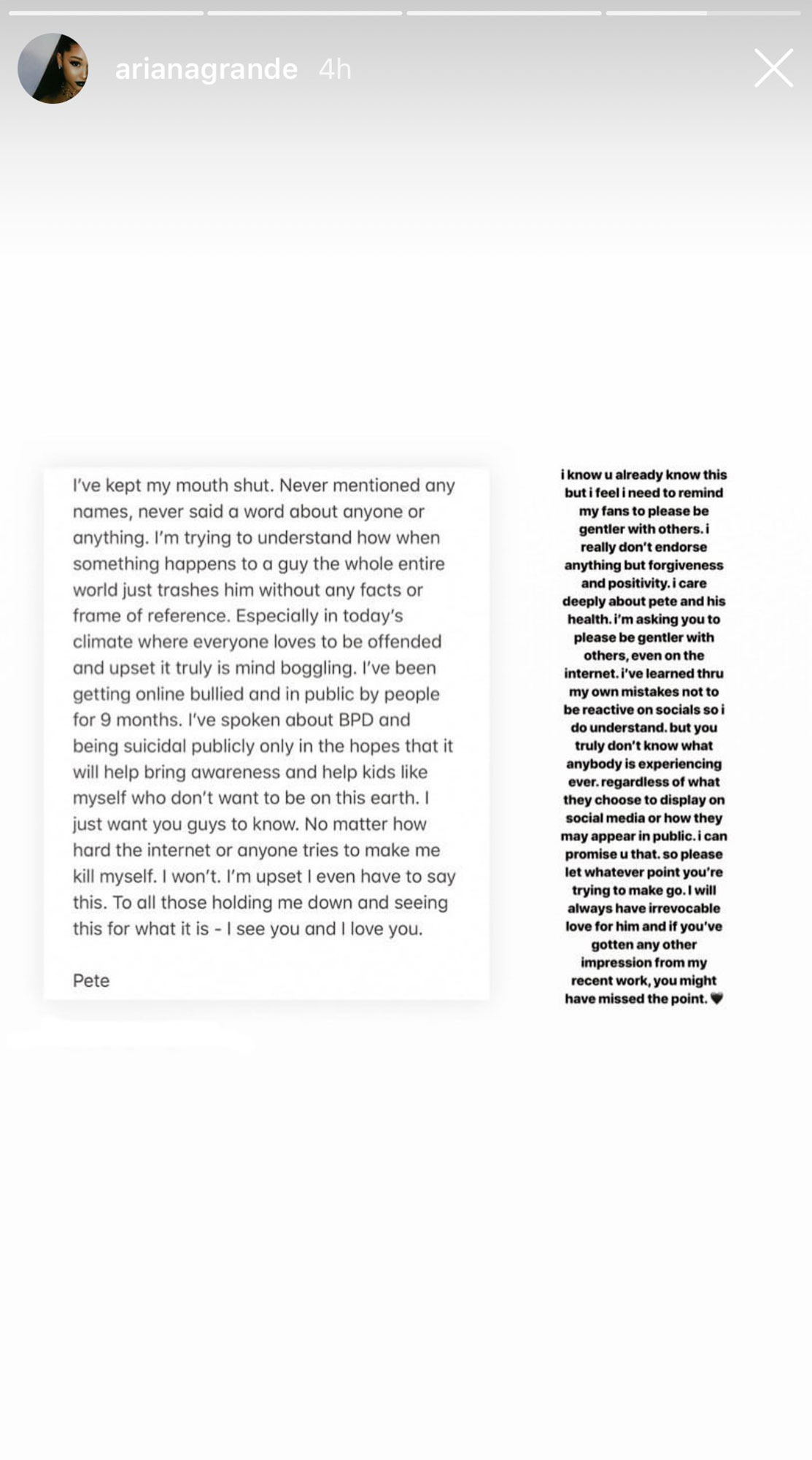 A day earlier, Davidson, also 25, called out Instagram trolls for bashing him “without any facts or frame of reference.” He wrote that he has “been getting online bullied and in public by people” since he started dating Grande in May.

“I’ve spoken about BPD [borderline personality disorder] and being suicidal publicly only in the hopes that it will help bring awareness and help kids like myself who don’t want to be here on this earth,” the comedian wrote. “I just want you guys to know. No matter how hard the internet or anyone tries to make me kill myself. I won’t. I’m upset I even have to say this. To all those holding me down and seeing this for what it is – I see you and I love you.”

The “Thank U, Next” singer called off her four-month engagement to Davidson in October. A source recently told Us Weekly exclusively that the actor has since joined a dating app, while another insider echoed, “Pete is dating again. He’s in a good place and he’s happy. He’s not in a rush. He’s focusing on himself and the future.”