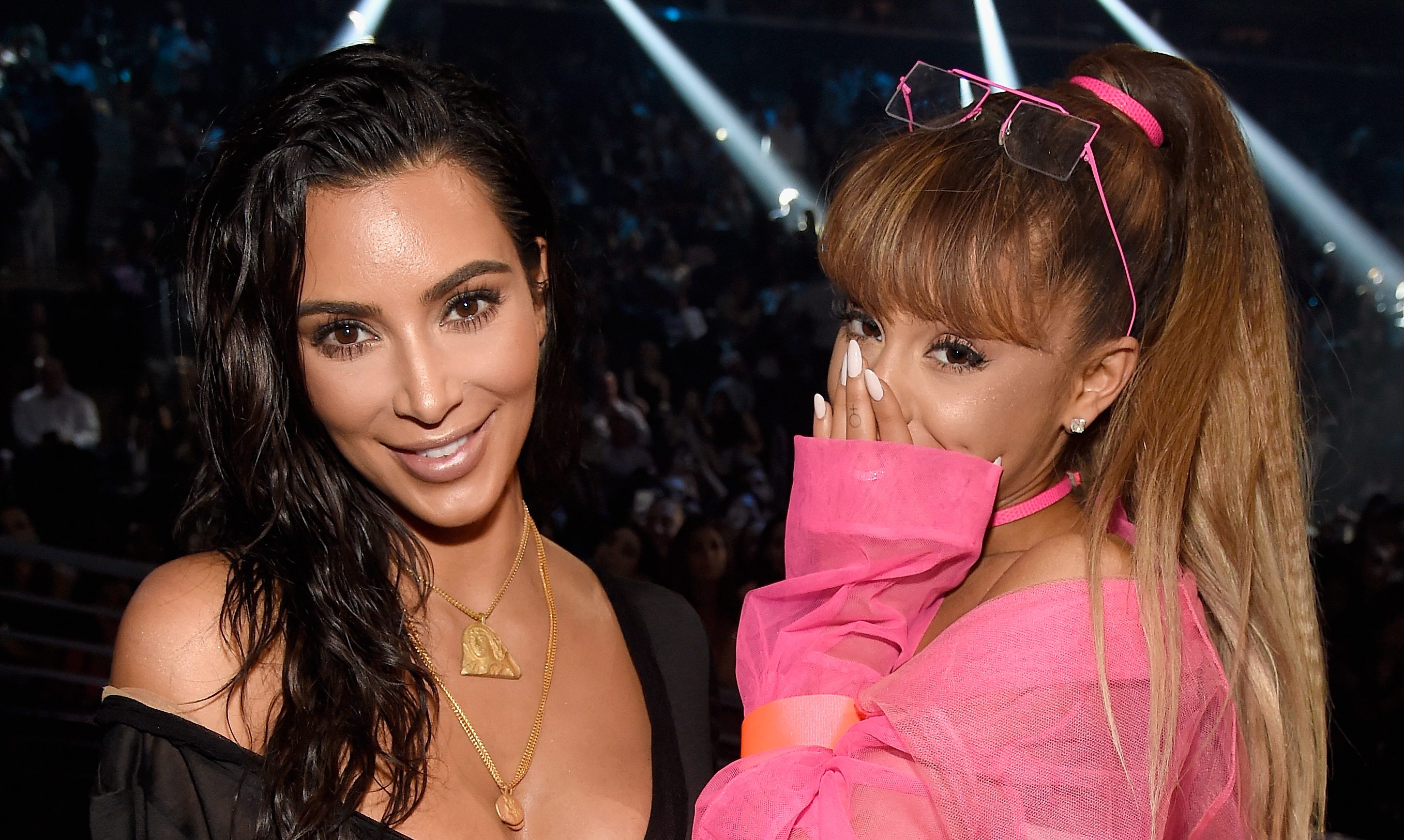 Kim Kardashian and Pete Davidson apparently have the blessing of his former fiance Ariana Grande, who has kindly sent a gift to his new girlfriend.

It’s no secret that lovebirds Kim, 41, and Pete, 28, have received quite a frosty reception from her ex-husband Kanye West, who has never wasted an opportunity to make his feelings about her boyfriend crystal clear.

However, it couldn’t be more to the contrary for Pete’s ex Ariana who has extended an olive branch to the new woman in his life.

On Friday, Skims boss Kim did an unboxing in her Instagram stories where she revealed a package she’d been sent of the new R.E.M beauty collection. Fans will know that it’s the cosmetics brand founded by Ariana and the gift box included a photo of the Thank U, Next singer so Kim could be certain about who it came from.

The Keeping Up With the Kardashians star seemed to be grateful for the sweet present and tagged Ariana and R.E.M. directly in the post.

Many will remember that Ariana and Pete enjoyed a whirlwind romance for six months in 2018, during which time the Saturday Night Live comedian proposed to her.

They called it quits that October and Ariana gave him a shout-out – along with her other exes – on her hit 2019 single Thank U, Next, singing: ‘Even almost got married, And for Pete, I’m so thankful.’

Coincidentally, the music video for the pop bop features a cameo from Kim’s mum Kris Jenner, so Ariana has always had friendly ties to the family.

Ariana has since moved on and is now married to real estate agent Dalton Gomez, who she tied the knot with in May 2021 after more than a year of dating.

As for Kim and Pete – or Kete as you might know them as – their romance has continued to blossom since they began dating last October.

They set tongues wagging when Kim appeared as a guest host on SNL that month and shared a kiss with Pete during a sketch. They were then spotted on a string of dates before eventually being spotted kissing IRL and holding hands, as well as sneaking into lowkey rendezvous at hotels in Los Angeles.

However, the path to true love hasn’t run entirely smooth for the pair as Kim’s estranged husband Kanye has publicly criticised her new man at almost every turn in fiery social media posts. Among them, the Gold Digger rapper has stated he won’t allow Pete to meet the four children he shares with Kim, while also branding the comedian a ‘d******d’ and by the new nickname Skete.

In the most shocking development, Kanye released a music video in which an animated version of himself buries Pete alive. Following a wave of backlash, Kanye insisted it was simply ‘art’ and ‘freedom of speech’.