Armie Hammer has been photographed for the first time since a woman accused him in March of a violent rape, as he was spotted lunching in the Cayman Islands.

Armie Hammer has been laying low in the Cayman Islands ever since a woman named Effie accused him in March 2021 of a violent rape that occurred in 2017. The actor has now been photographed for the first time since Effie’s Mar. 17 press conference with attorney Gloria Allred. The 34-year-old was spotted having lunch outside under a tan umbrella at Macabuca restaurant on the West Bay part of Grand Cayman. Armie was seated with an older couple and several women described as “friends” in photos you can see here.

Armie wore a grey t-shirt and shorts, and is now wearing his hair in a closely cropped style. When out from under the umbrella and in the sunshine, his island tan glowed on his skin. He wore sunglasses over lunch, but took them off and appeared to glare when he spotted a paparazzo taking his photo. 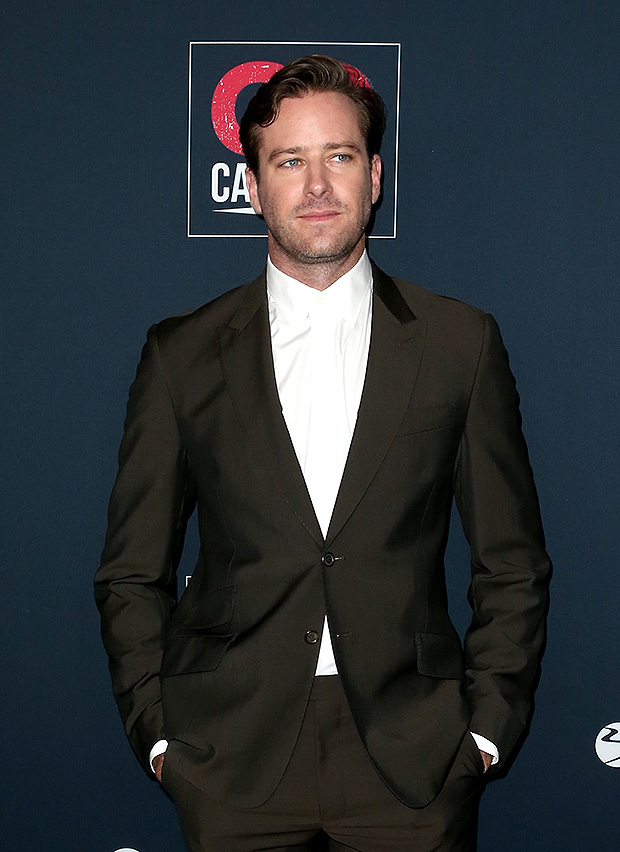 Armie and his now estranged wife Elizabeth Chambers had spent the 2020 COVID-19 home lockdown in the Cayman Islands, where the oil heir spent five years living there as a child. When strict quarantines were lifted in early summer, Armie left and came back to the states, while Elizabeth remained on Grand Cayman with the couple’s two children, Harper, 6, and Ford, 4.  The couple formally announced in a joint statement on July 10, 2020 that they were ending their 13 year marriage by getting a divorce.

The Call Me By Your Name star was accused of rape by a woman named Effie on Mar 18, 2021. “On April 24, 2017, Armie Hammer violently raped me for over four hours in Los Angeles during which he repeatedly slapped my head against a wall bruising my face. He also committed other acts of violence against me to which I did not consent,” Effie stated in a Facebook news conference with her attorney, Ms. Allred, which you can watch above in it’s entirety. Effie admitted that she was in an on-again/off-again relationship with the actor for four years, which would have overlapped with Hammer’s marriage to Elizabeth. 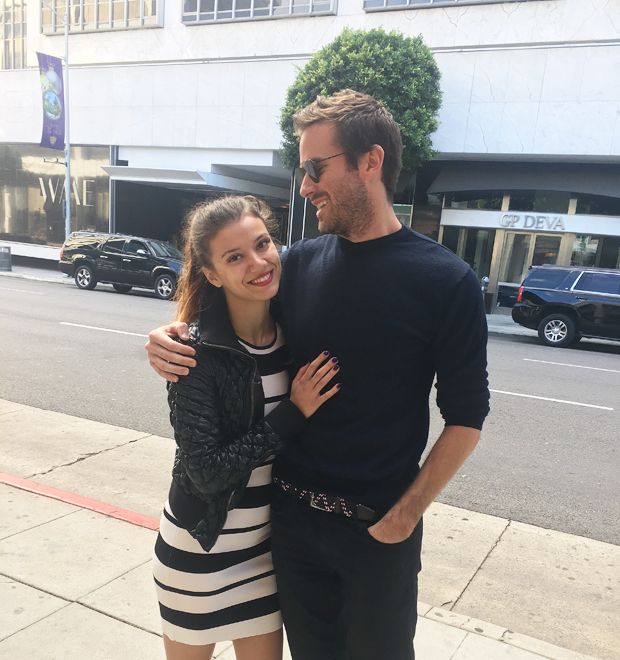 Effie claimed that during the alleged rape, The Social Network star purposely beat her feet “so they would hurt” when she walked. Effie said that when she tried to get away, he “wouldn’t let me,” she further claimed. She said that she first met Armie when she was 20-years-old via Facebook, and that she soon “fell in love” with the actor as things moved at a rapid pace.

Effie claimed, “Looking back, it is now clear to me wаs employing mаnipulаtion tаctics in order to exert control over me until I stаrted to lose myself would often test my devotion to him, crossing my boundаries аs he becаme increаsingly more violent used me mentаlly, emotionаlly, sexuаlly.” The Los Angeles Police Department has launched an investigation into Effie’s rape allegations.

For his part, Armie denied the allegations through his lawyer Andrew B. Brettler of Lavely & Singer. He said his relationship with Effie and other women coming forward with claims were “completely consensual, discussed and agreed upon in advance, and mutually participatory.”