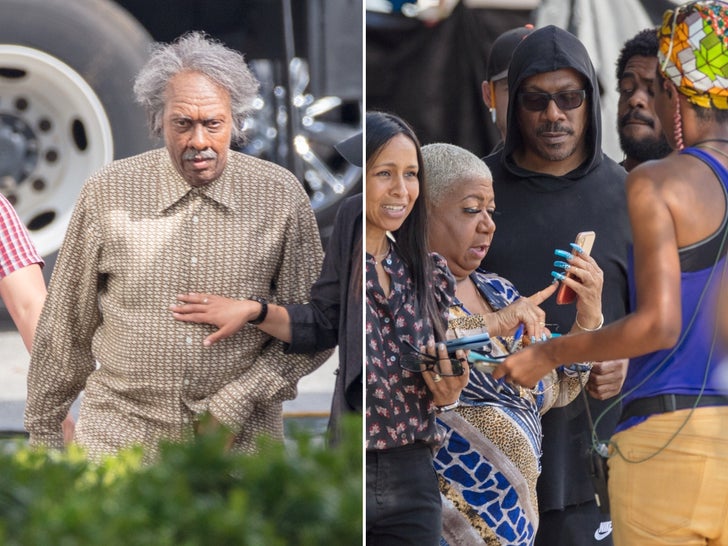 Lemme hear ya make a joyful noise — Arsenio Hall is bringing back his iconic characters for “Coming to America 2” and we have pics of Rev. Brown ready for his sermon in the sequel!!!

Eddie Murphy and Arsenio look to be back in the swing of things as filming continues in Georgia. This is the first time we’re seeing any of the celebs in full costume and makeup.

Of course, Arsenio famously played 4 different characters — Semmi, Morris, Extremely Ugly Girl and Reverend Brown — in the original film, and Friday he seemed to be shooting a scene as the right Rev. Note the grayer hair … it’s been 30 years, after all.

Eddie was on set keeping a watchful eye … overseeing things in a black hoodie and sunglasses. No sign of Prince Akeem or Randy Watson and Sexual Chocolate just yet.

Tracy Morgan and Leslie Jones were also shooting scenes in full costume, along with another new addition, Luenell.

We’re still waiting to see Michael Blackson get involved, but in the meantime … check out the pics of everyone else in action.

The movie is expected to be released in December 2020.