Boris Johnson was told to pipe down during a heated interview on BBC Radio 4, in which presenter Nick Robinson asked the Prime Minister to ‘stop talking’.

The PM spoke to the Today programme for the first time in two years amid ​the annual Conservative Party conference in Manchester, but sitting down with Robinson, Mr Johnson appeared eager to speak about one thing and one thing only.

This saw the presenter and leader repeatedly interrupt one another as the PM pushed to mention the government’s focus on British workers following Brexit.

Attempting to steer him onto something else, Robinson said: ‘Prime minister, you’ve made that point at length in a series of interviews up to this point.’

Mr Johnson replied: ‘Hang on, I haven’t had a chance this point on your show for two years – by your own account!’ to which the host insisted: ‘That was your choice not ours.’

As the politician continued on, mentioning the current shortages in supermarkets and battle to find petrol, Robinson said: ‘You have made that point very clearly.’ 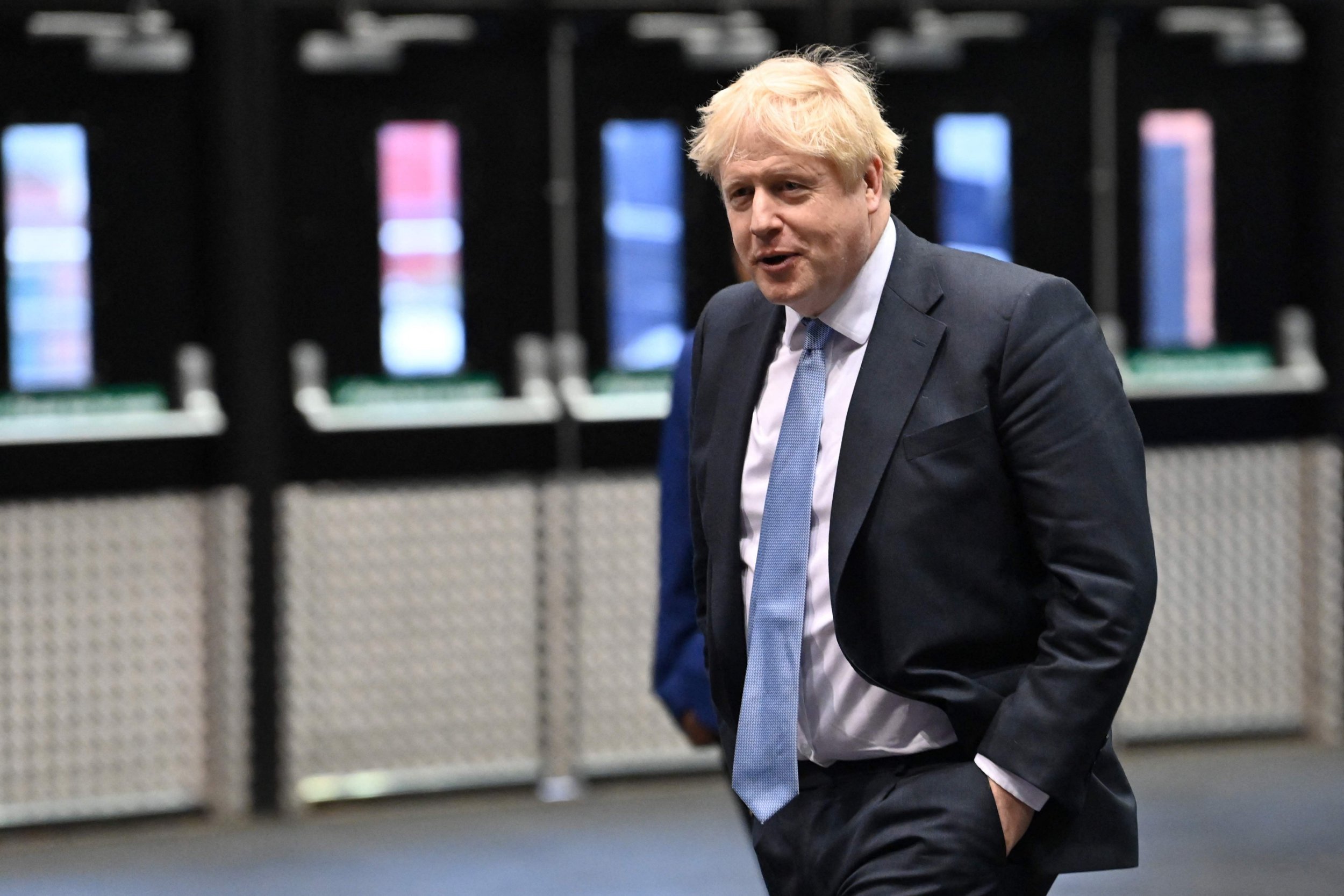 There was a lot of talking over one another, making it difficult to make sense of the conversation, before the spiky exchange culminated in Robinson interjecting: ‘Prime minister, you are going to pause – prime minister, stop talking.

‘We are going to have questions and answers, not where you merely talk, if you wouldn’t mind.’

Really bringing home the awkward exchange, Robinson thanked Mr Johnson for talking to the programme and ‘allowing the occasional question as well’.

‘That’s the point of having me on your show. Anyway, lovely to see you.’

Many listeners praised Robinson for the interview, with one writing on Twitter: ‘Johnson finally put in his place, he needs to answer the questions not just spout whatever he wants hoping to run out of time.’

While others felt it was ‘rude’ to interrupt the politician, another mused on social media: ‘Loving the Today Programme on Radio 4 this morning with Nick Robinson interviewing Boris Johnson – highlights include “Prime Minister stop talking” and “Thankyou for taking the time to talk to us today and answering the occasional question”.’

Still, Tory MPs condemned the chat, with John Redwood, MP for Wokingham, saying: ‘When the PM had a good answer to a question, the BBC Today programme tried to stop him, asking a different question. BBC interviewers should allow an answer and pretend to be interested in the person they are interviewing. They seem to want to impose their view instead.’