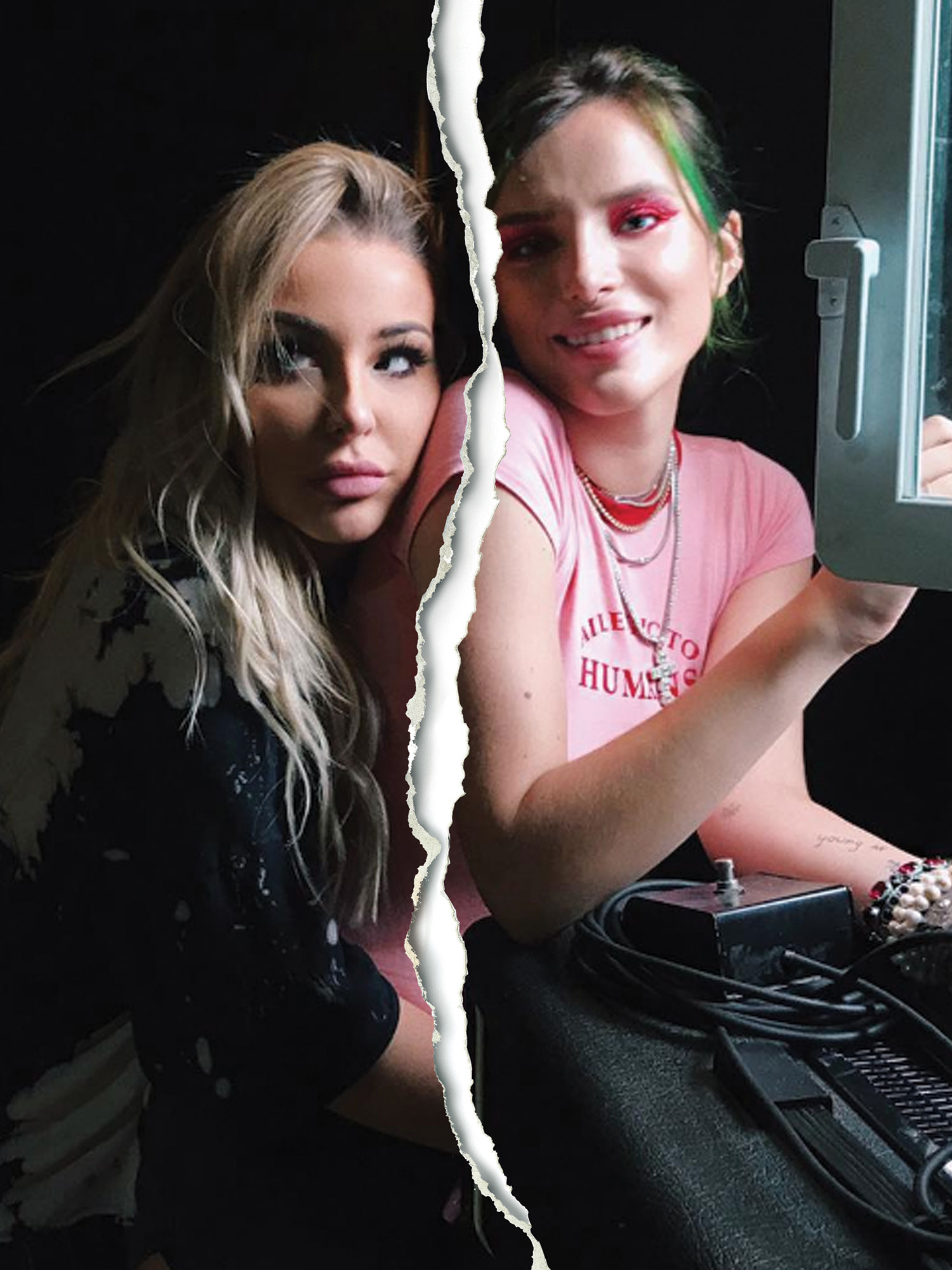 It’s over. Bella Thorne and her girlfriend, Tana Mongeau, have split after being in an open relationship for more than a year.

“Tana and I aren’t together anymore, pls stop asking,” Thorne, 21, tweeted on Tuesday, February 26. “We love U guys.”

Tana and I aren’t together anymore, pls stop asking. We love U guys

Mongeau, 20, also confirmed the breakup on Twitter the same day. She wrote, “I love her forever don’t get that twisted. she changed my life forever. don’t rly wanna talk on it.. there’s no negativity at all.”

i love her forever don’t get that twisted. she changed my life forever. don’t rly wanna talk on it.. there’s no negativity at all.

The YouTube star replied to a fan and admitted that she’s “not fully” happy following the split. “This obviously breaks my heart,” she tweeted. “I will be [happy] though. as long as she is.”

The Famous in Love actress and the Las Vegas native met at the Life Is Beautiful music festival in September 2017 and started dating shortly after.

“What started with a viral kissing pic turned to you being the love of my life.. you swept me up and introduced me to your entire world,” the social media star wrote via Instagram on the duo’s first anniversary. “You made my wildest dreams happen, you believed in me in every aspect when no one else did … you’d hold me when i cry.”

She continued: “You are the most perfect, incredible, talented, confident, resilient, STRONG, SELFLESS individual i’ve ever met & every second i spend with you i’m inspired & grateful.”

But the pair’s relationship was not conventional. Thorne eventually started dating musician Mod Sun and she confirmed in October 2018 that the trio were in a “throuple.” (The Shake It Up alum and rapper, 31, are still together.)

The “F—k Up” singer, for her part, is currently dating influencer Brad Sousa. The Canada native, 20, confirmed their relationship in December by posting a photo on Instagram with the caption, “It’s official.” Mongeau followed suit and uploaded a similar pic. She wrote, “Tag someone who you want to ruin your whole life.”