Ben Affleck celebrates his 50th birthday today. The Hollywood titan has not revealed where he will be heading to mark the occasion, but he will likely spend the day with his wife and star in her own right, Jennifer Lopez.

They met on the set of Gigli in 2002 with a whirlwind romance soon following.

Affleck proposed that same year but the wedding would take almost two decades after they broke up in 2004.

The pair were one of the first high-profile couples to make tabloid headlines in the early Noughties.

At the time of their film-set meeting, Lopez was married to Cris Judd but divorced him in mid-2002 and went public with Affleck shortly after. 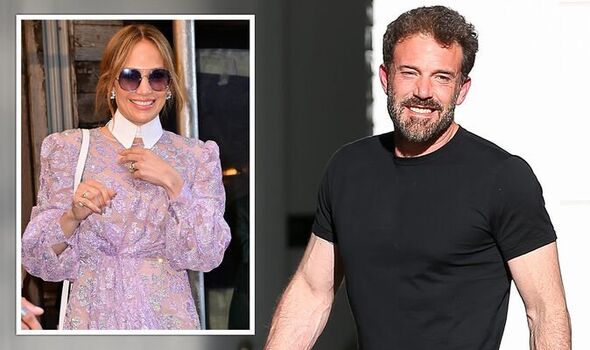 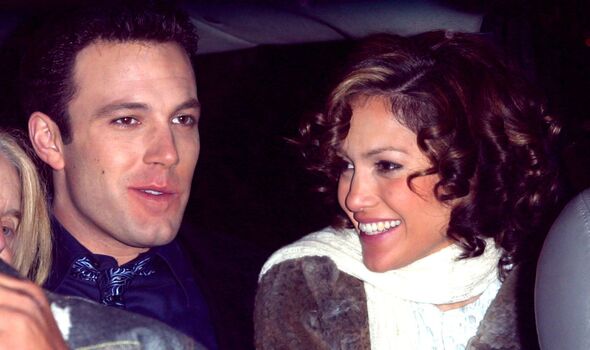 Affleck proposed later that year with a pink diamond ring which caught the eye of the media and paparazzi.

The wedding date was set for September 2003, with Lopez’ revealing that she would change her name to Jennifer Affleck — something that filled the headlines.

In fear of the publicity their wedding would receive, the couple considered hiring three decoy brides to be at three different locations on the day.

In a statement to People, they shared how this thought concerned them, as “the happiest day of our lives could be compromised”.

The wedding was postponed just days before the September date, but four months later, in early 2004 the couple announced their break up. 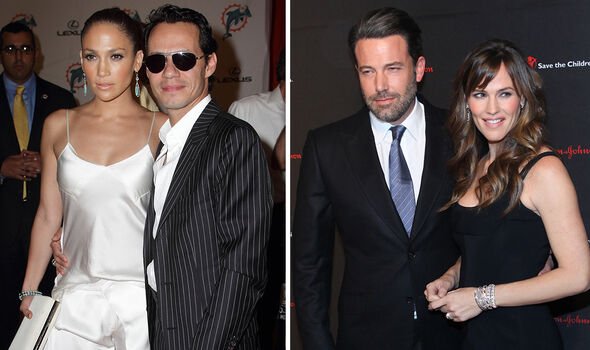 By 2005 both Lopez and Affleck were married to other people, Marc Anthony and Jennifer Garner respectively.

Neither marriage worked out, with Lopez and Anthony divorcing in 2014 and Affleck and Garner announcing their plan to divorce in 2015.

Affleck and Garner would not actually file for divorce until 2017, with reports suggesting that the couple was trying to work it out.

Regardless of their later relationships, Affleck and Lopez never had a bad word to say about each other over the years.

In a 2016 interview with PeopleTV Lopez admitted “it was a lot of pressure” but “there was genuine love there”.

In 2020 Affleck voiced his disappointment that Lopez did not receive an Oscar nomination for her role in Hustlers.

Speaking to the New York Times, Affleck said Lopez is “the real thing”, gushing: “How awesome is it that she had her biggest hit movie at 50? That’s a f*****g baller.”

The pair then ruffled media feathers in early 2021 when they were spotted vacationing together, shortly after making their first public appearance together at the Venice Film Festival in September of that year.

In a 2022 interview with People, Lopez gushed over the rekindled romance: “I feel so lucky and happy and proud to be with him”.

She also shared her appreciation for getting “a second chance” to create their “beautiful love story” and that they would not be taking it for granted. 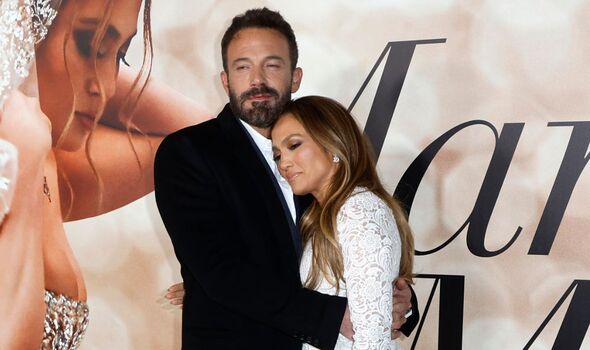 With decades more experience of dealing with the media frenzy a celebrity relationship can bring, the couple brought in their expertise to keep their love on the downlow.

In April 2022 Affleck proposed, almost two decades after their original wedding date and three months later the couple got married in Las Vegas.

Affleck has been relatively quiet about their romance, but told Adweek he is “in awe” of Lopez and the effect she has.

He shared: “Jennifer has inspired a massive group of people to feel they have a seat at the table in this country.”

He also admitted that her unique effect on people is one he “will never know”.