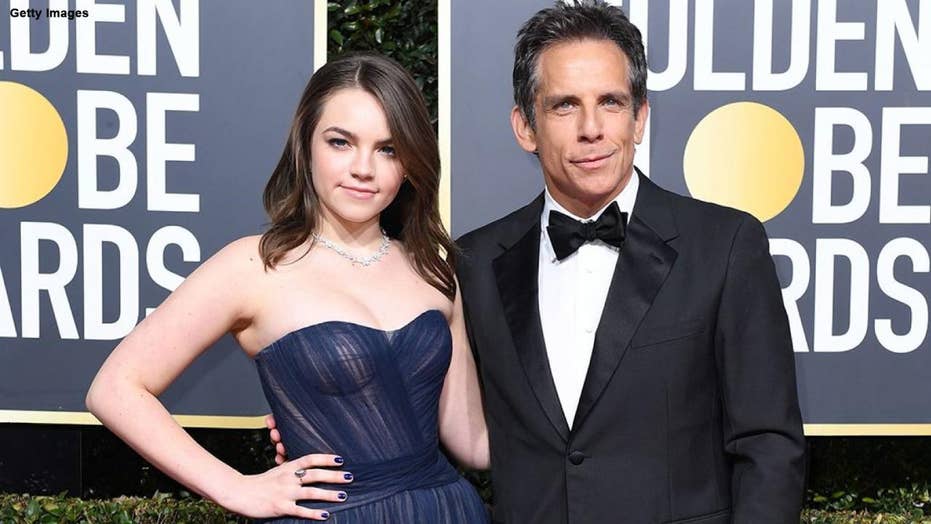 In an appearance on the ‘Ellen DeGeneres Show,’ actor Ben Stiller had some jokes about the college admissions scandal that has captured headlines across the nation, saying his 16-year-old daughter will go to Yale to play football and study Photoshop.

Ben Stiller poked fun at those involved in the college admission scandal during an appearance on the “Ellen DeGeneres Show” Friday.

The actor, 53, told DeGeneres that he and his 16-year-old daughter, Ella, who was in the audience, were in town to visit different universities in southern California.

“It’s great, she is gonna go to Yale on a full football scholarship and she's gonna major in Photoshop,” the actor joked, as the crowd erupted in laughter.

“There’s crazy pressure that the kids go through and the parents go through but you know, obviously, you gotta draw the line,” he then said on a more serious note.

Stiller was referring to the much-talked-about college admission scheme which involved wealthy families allegedly paying hundreds of thousands of dollars to secure a place for their children at some of the nation’s most prestigious schools such as Yale, the University of Southern California (USC) and Georgetown, among others.

In some cases, according to court records released last week, parents would pay the scheme’s alleged "ringleader" — William Rick Singer of California — to bribe the coaches to fill slots the universities allocated for new players with his clients' children. To evade suspicion, the coaches and Singer would purportedly tell the prospective students to pose for pictures or would alter stock images and Photoshop their faces onto athletes' bodies to support athletics-based admissions.

Among the 50 people allegedly involved in the scheme are actresses Lori Loughlin and Felicity Huffman.

Loughlin and her husband, fashion designer Mossimo Giannulli, specifically, allegedly paid $500,000 in bribes to have their two daughters, YouTube star Olivia Jade Giannulli and her older sister Isabella, designated as recruits for the USC crew team despite the fact that neither participated in the sport.