You would have to live under a rock to not know the story of the infamous 2009 MTV Video Music Awards. Kanye West (before becoming a burgeoning fashion mogul or Kim Kardashian’s husband) cut Taylor Swift’s acceptance speech short to defend Beyoncé, who lost to Swift in the Best Female Video category. “Yo, Taylor, I’m really happy for you, I’mma let you finish,” West said then, lines that are now as iconic as scripture. “But Beyoncé had one of the best videos of all time! One of the best videos of all time!”

Beyoncé later gave up her own acceptance speech to bring Swift back onstage. “I remember being 17 years old, up for my first MTV Award with Destiny’s Child, and it was one of the most exciting moments in my life,” Beyoncé said. “So, I’d like for Taylor to come out and have her moment.”

Now, for this incident’s 10th anniversary, an oral history by Billboard reveals that there was a lot more to the story than what we saw onscreen.

Then-Viacom president, Van Toffler, admitted that West’s interruption was a volatile variable for a show that was usually “tightly scripted to a point.” Making matters worse, Swift still had to endure a live performance after the incident. Toffler said that after the show cut to commercial break, he found Swift and her mother rather disappointed backstage. It also didn’t help that the singer had to perform after West’s stunt.

Toffler recounted to Billboard, “Her mom and she were crying, and I profusely apologized and I said, ‘I’m sorry, we didn’t know. I know you have to perform in the next act and let me think about a way we can make it right for you. We’re dealing with him now and I’m so sorry it ruined your moment.” I didn’t anticipate I’d have a crying artist and mom to deal with—literally right before she has to go out on Sixth Avenue and stand on a car and sing her song.” 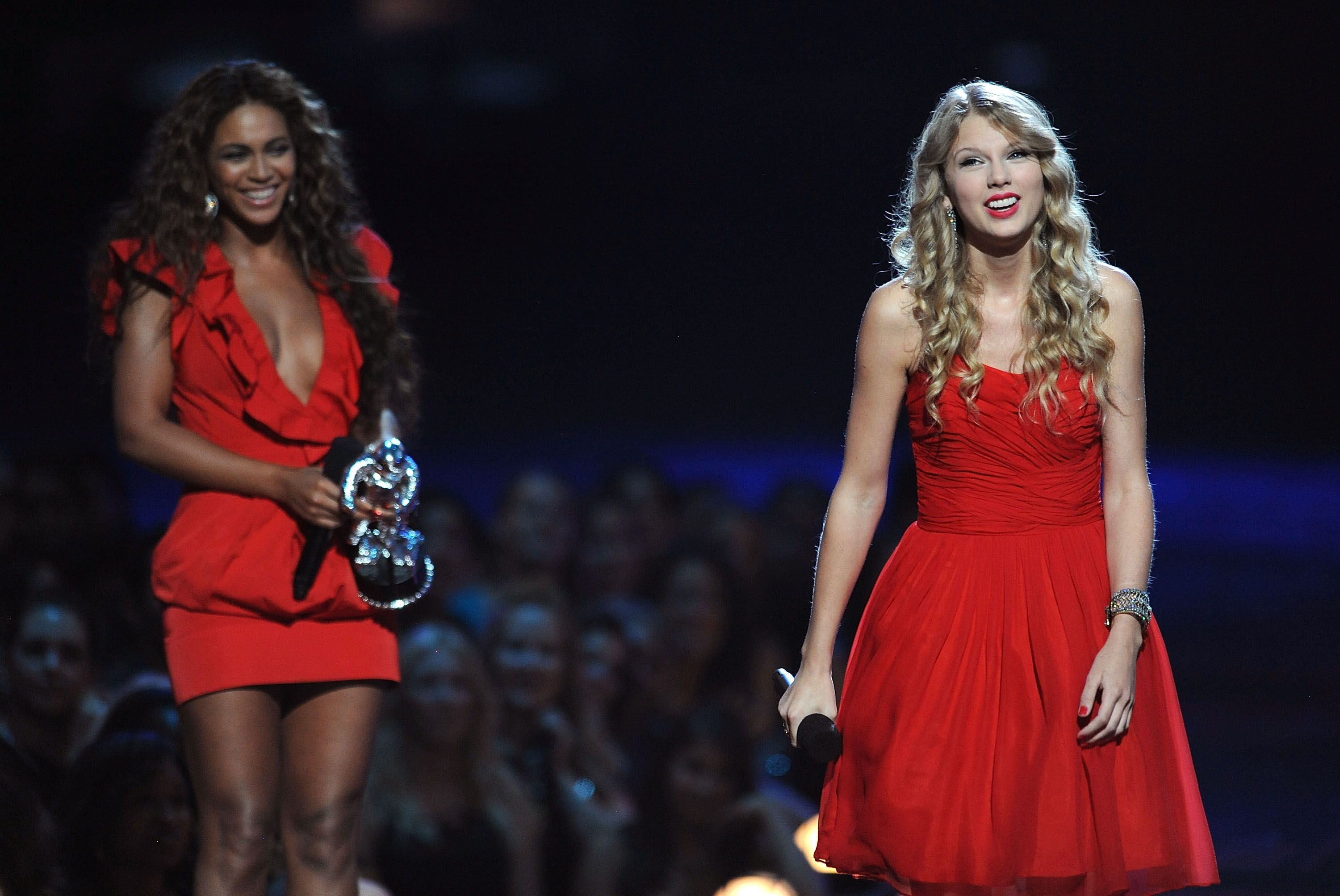 According to then-MTV senior correspondent James Montgomery, Pink exchanged some heated words with the rapper as soon as the cameras stopped rolling.

“During the commercial break, he went back down to his seat and Pink walked up to him and got in his face,” Montgomery said. “I wasn’t close enough to hear the conversation, but she was pointing in his face and nodding her head back and forth, and giving him her two cents about how fucked up this was and then stormed off. Then he was sitting there next to Amber Rose with his arm around her, and you could feel everyone in Radio City glaring at his back.”

Later on, Toffler also caught Beyoncé backstage in tears. That’s when inspiration for a solution struck. He explained how it unfolded to Billboard.

And that’s how the 2009 MTV VMAs sausage got made.