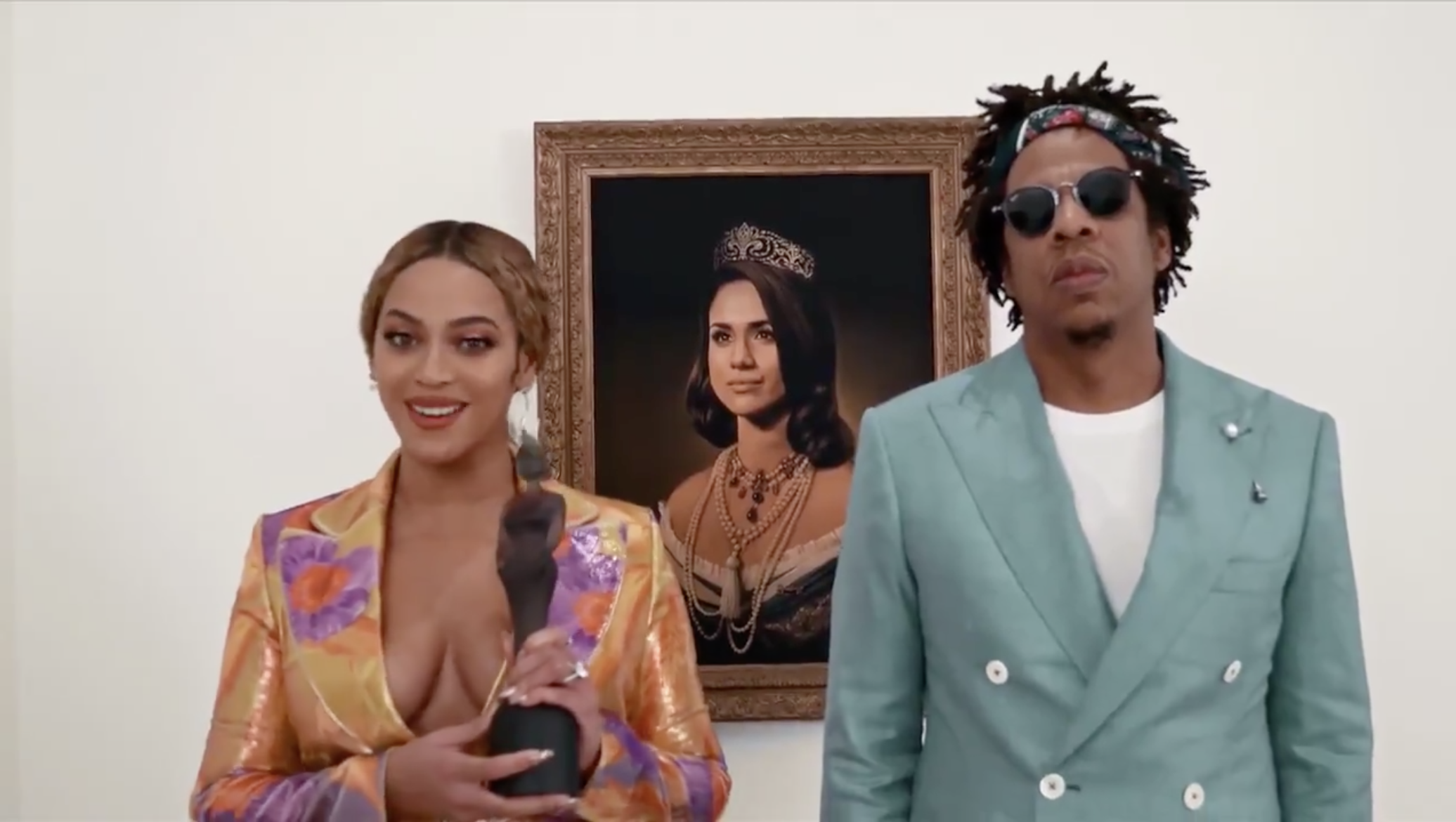 Music royalty met real-life royalty at the BRIT Awards today. Beyoncé and Jay-Z (AKA The Carters) won the honor of Best International Group at the U.K.-based music awards tonight, and although they weren’t present at the ceremony, they made up for their absence with an epic video where they delivered brief acceptance speech in front of a regal portrait of Meghan Markle, the Duchess of Sussex.

“Thank you so much to the BRIT Awards for this incredible honor,” Bey says while holding the trophy in front of the painting. “You guys have always been so supportive. Everything is love. Thank you.”

The couple doesn’t mention the duchess by name, but at the end of the video, they turn around together to face the framed artwork, which shows Meghan in a crown, layered pearls, and a voluminous off-the-shoulder gown fit for royalty. The piece is by illustrator Tim O’Brien.

The tableau is likely a reference to the couple’s “Apesh**t” music video, which was filmed in the Louvre and includes an iconic shot of the pair standing in front of the Mona Lisa. The Carters dressed in colorful suits for their acceptance video, just like they did in the French museum. (Bey wore a Peter Pilotto look both times.) The couple also previously posed in front of the legendary da Vinci painting in 2014. Meghan Markle is currently celebrating her baby shower in New York City with close friends, but we’re dying to know how the royal reacted to this epic shoutout from Queen Bey.