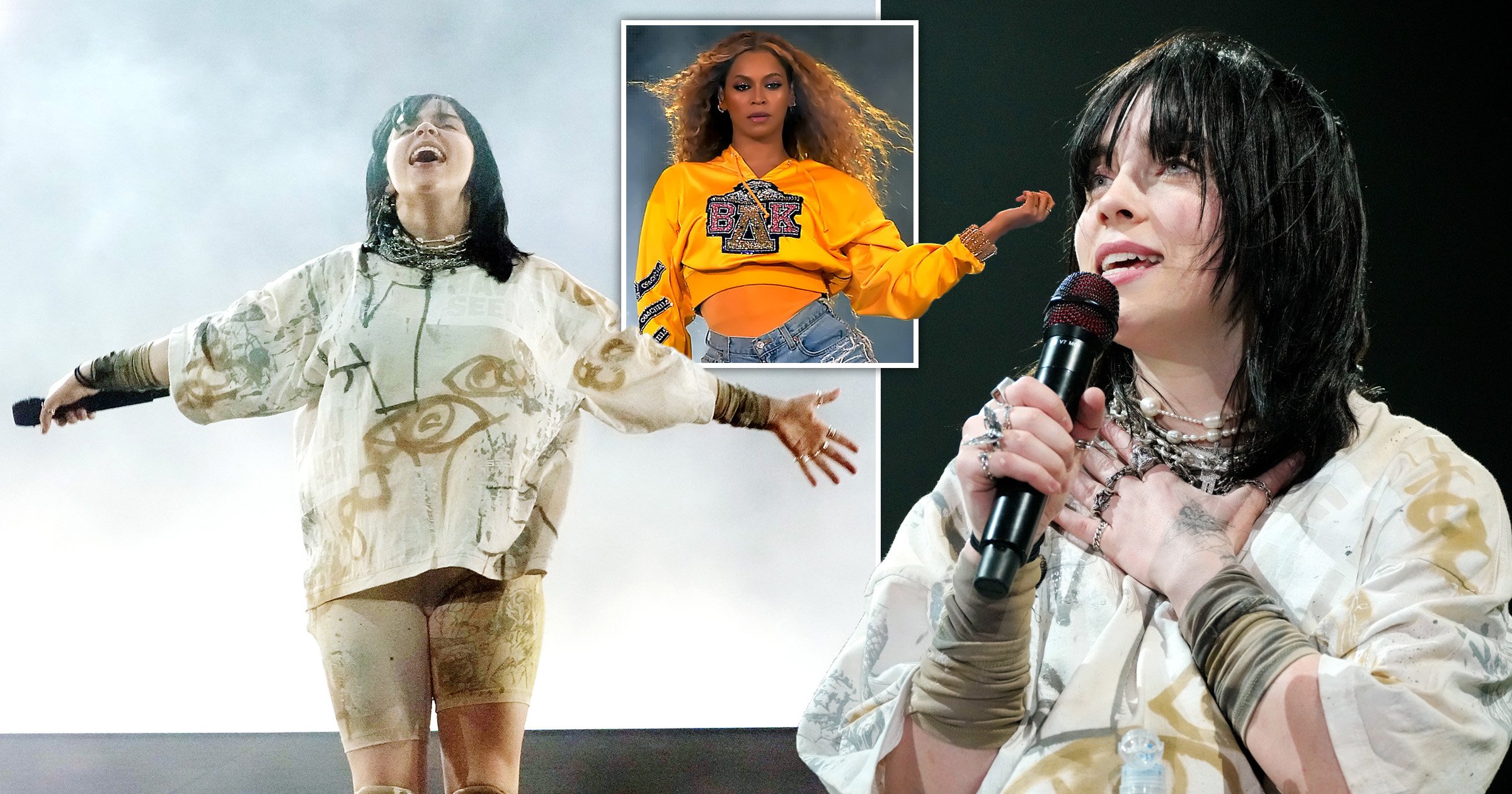 Billie Eilish felt she had big shoes to fill during her headline set at Coachella, and endearingly apologised to the crowd for ‘not being Beyonce.

The No Time To Die singer filled the headline slot at the music and arts festival in California on Friday, joining Harry Styles, The Weeknd and Swedish House Mafia on the line-up.

At the end of her set, Billie, 20, gave a special shout-out to Beyonce, who famously headlined the festival in 2018 when it was dubbed Beychella.

‘Thank you, Coachella! I’m sorry I’m not Beyoncé,’ Billie told the audience before exiting stage left. ‘I love you, goodnight.’

It was, of course, in reference to Beyonce’s iconic performance four years ago where she paid homage to HBCU (Historically Black Colleges and Universities) culture with marching bands and other nods to celebrate her Blackness. The preparation for her lengthy performance was shown in Beyonce’s Netflix documentary Homecoming.

She may not have been Beyonce but Billie made history with her Coachella set, becoming the youngest musician to headline the festival.

At one point, the Bad Guy singer joked that she ‘should not be headlining this s**t’ but was ‘so f*****g grateful’ to be able to do so.

‘This is such a dream come true. I feel crazy,’ she told the audience, before giving them three rules: not to judge others, not being an ‘a**hole’ and ‘having fun, b***h’.

Before performing Gorillaz’s hit single Feel Good Inc, Billie said: ‘This is the craziest s**t I’ve ever experienced. [Damon] changed my life in a lot of ways, and changed my view of what music and art and creation could be.’

Coachella continues on Sunday with headline performances from The Weeknd and Swedish House Mafia, who replaced Kanye West last-minute.