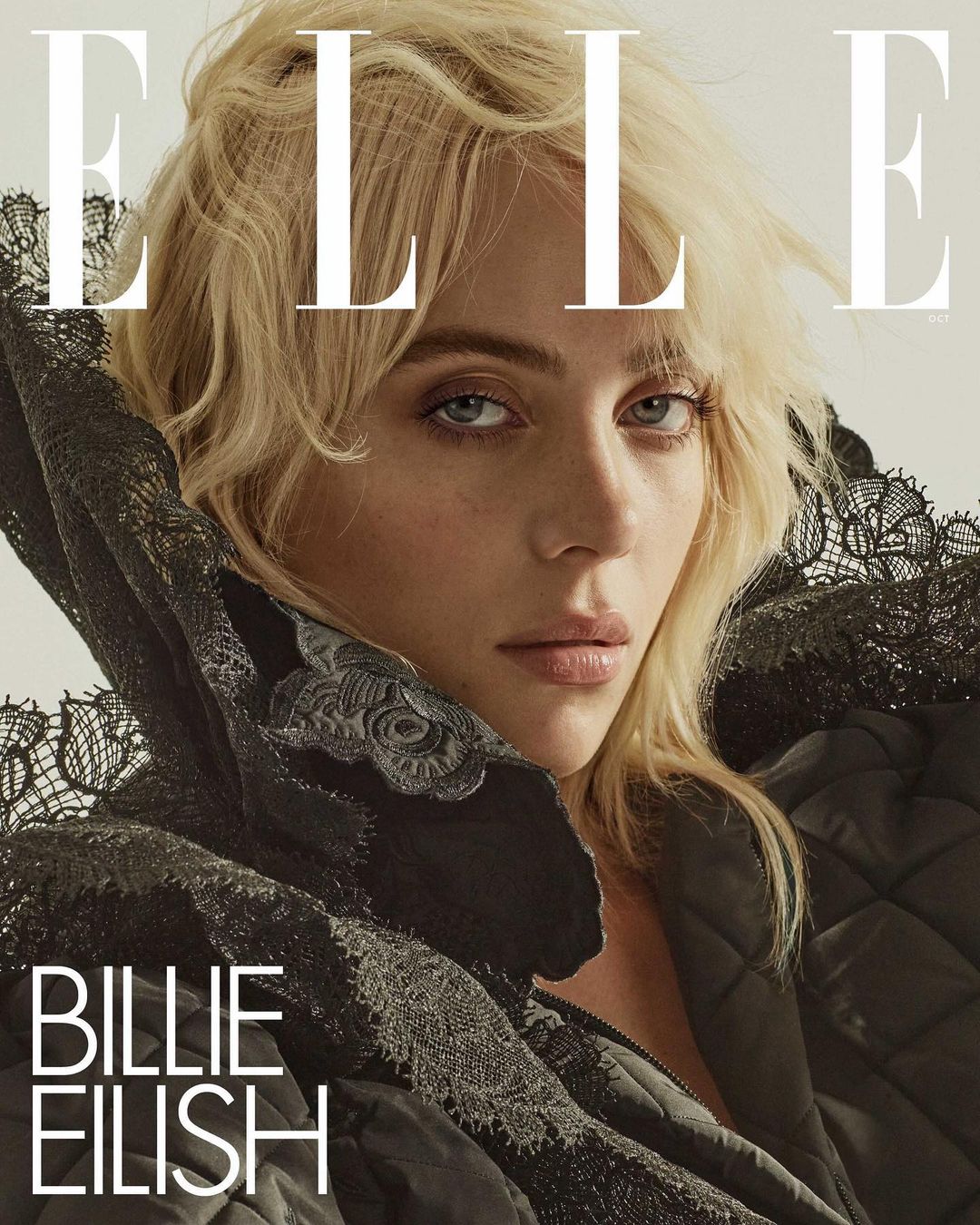 Billie Eilish is still promoting her latest album, Happier Than Ever. The theme of the promotion is 19-year-old Billie telling everyone that she’s changed, that she’s experimenting, that people need to stop freaking out about every little thing about her life. While Billie absolutely, 100% has the right to do and say whatever the f–k she wants, I do feel like she’s blaming her fans for being interested in her life when she’s spent the better part of three years giving confessional interviews. But, again, she’s 19. She hasn’t learned how to self-edit and it would be weird if she was some hyper-managed pop star spouting the weak bromides her publicist gave her. So with all that in mind, here are some highlights from her Elle cover profile:

The interest in her romantic life: “Or my sexuality! Like, oh yeah, that’s everyone else’s business, right? No. Where’s that energy with men? I just wanted to make a song once, and then I kept making songs. I never said, ‘Hey, pay attention to my life.’ All my friends know I don’t wanna see any of [the negative chatter]. When people send me something mean, it hurts my soul.”

Her fans are mad that she’s changed her image: “People hold on to these memories and have an attachment. But it’s very dehumanizing.” There was a freak-out online when she posted a photo in lingerie. “I lost 100,000 followers, just because of the boobs. People are scared of big boobs.”

She’s still evolving: “You’re not even supposed to really know who you are until you’re at least my age or older.”

Why she went blonde: “I couldn’t go anywhere with that hair because it was so obviously me. I wanted anonymity… I had no goal of ‘This is going to make everybody think differently of me.’ I’ve had different-colored hair and vibes for everything I’ve ever done. I wanted this album to have its own thing.” Still, many fans resisted the new look, and made their opinions known. “The other day, I posted a video from when I had green hair, and I saw people go, ‘I miss this Billie, the green-haired Billie.’ I’m still the same person. I’m not just different Barbies with different heads.”

She’s not going to wear excessively baggy clothes when it’s hot either: “The other day, I decided to wear a tank top. It wasn’t even a provocative shirt. But I know people are going to say, ‘Holy f–k, she’s dressing sexy and trying to make a statement.’ And I’m like, ‘No, I’m not. It’s 500 degrees and I just want to wear a tank top.’”

She feels burned-out on social media. “I’m jealous of people who don’t have it. I really wish that there was a way to avoid it. Literally delete my account but still have contact with the fans. I want to be able to have both, but you can’t.”

She’s not beefing with Olivia Rodrigo: “It’s sad because girls are trained to be competitive with each other. And all the people who have modified their bodies or their faces and then deny it make it worse.” To be clear, she is not against changing your body with plastic surgery or beauty filters; she just believes in disclosure. “I totally understand Facetuning a pimple… Just don’t lie about ‘Oh yeah, that’s just naturally how it looks.’”

I imagine this is how a lot of teens feel these days, always on alert for people talking sh-t about them on social media, always hyper-conscious of how they’re being perceived, with social media simply magnifying that times a million. She honestly should delete her accounts. Not because she “can’t handle” Instagram or the comments. She should delete her accounts just to find a different headspace, and to get to know herself without a million other voices in her head. I understand why she thinks she needs it, to promote her work and to be able to talk to her fans. But really… she could hand off her Instagram account to a publicist and delete the app from her phone and just get some peace. Oh, and I love the blonde hair. I think it looks so good on her. 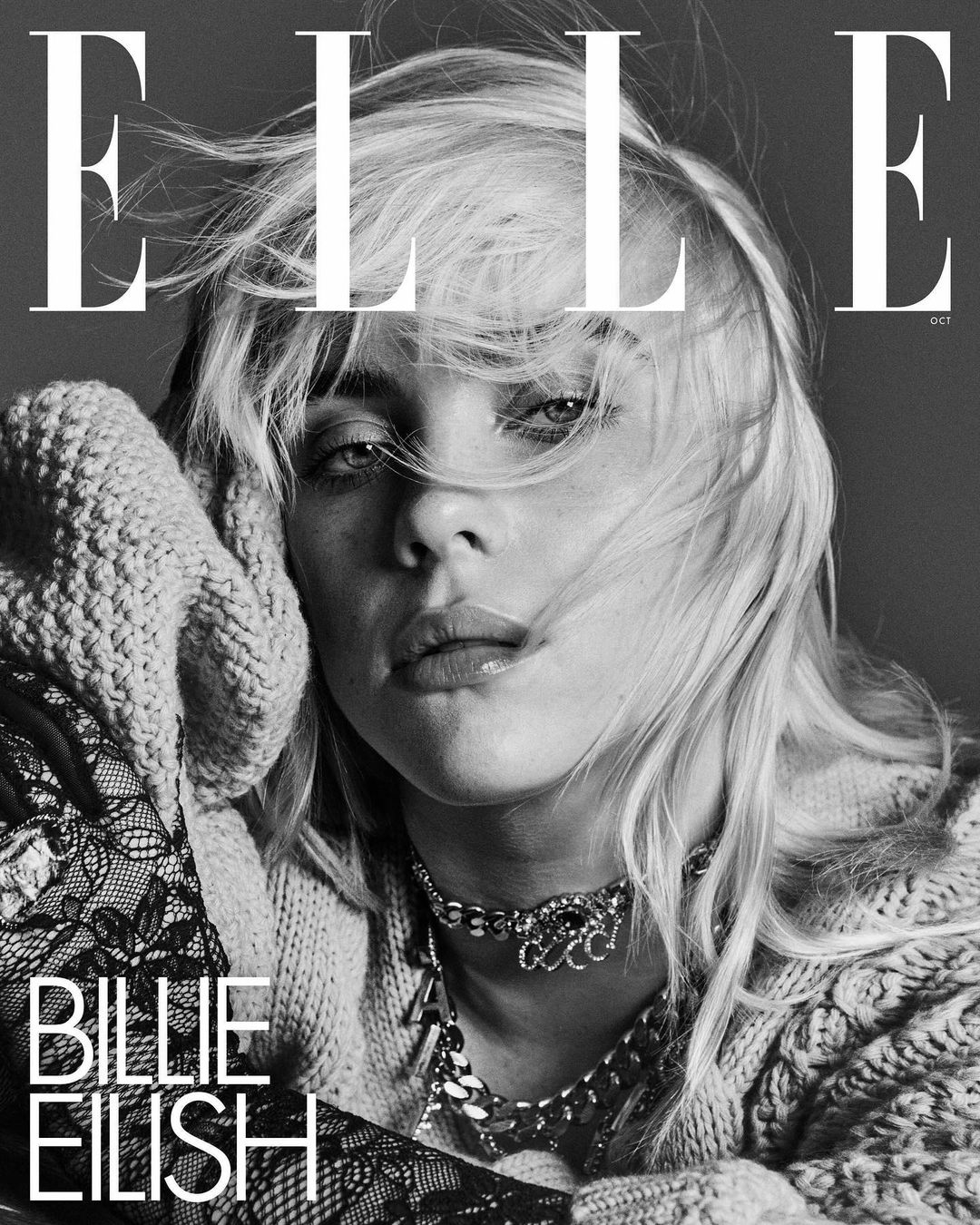