I had never been able to put into words the way anti-depressants have changed me. Having taken them for six years, it’s like the person I was before I started is just out of my reach. I’ve become so accustomed to being medicated that I struggle to remember myself before. Was I cleverer? Kinder? Better?

It can be easy to idealise the person you were before anti-depressants. Still, as Diane Nguyen, a character from BoJack Horseman, points out in the above quote from season six, the biggest fear is that person falling short of your idea of them. What if the problem isn’t medication, but you?

With 17% of the UK adult population on antidepressants, this worry is perhaps more common than we think – yet it took a cartoon of an anthropomorphic horse to verbalize these fears. By raising awareness of her specific anxieties, Diane’s character is a game-changer in terms of representing those who take anti-depressants.

As a rampant workaholic, I always felt more affinity with Princess Carolyn on the show. Still, I realized throughout Diane’s arc in season six that my disdain for her ran deeper than disliking her vibe: I resented her. I resented Diane because Diane was me – a writer who, through candid explorations of mental health, wants to take control of their trauma and be an active player in what has happened to them rather than a passive observer. 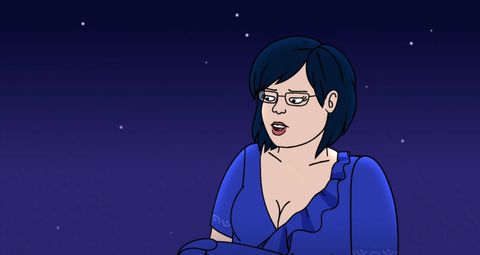 Before my OCD consumed me in my final Sixth Form year, I was a straight-A student destined for Oxbridge to become a hot-shot lawyer haemorrhaging money, validation, and success. While I’m not unhappy this didn’t happen, I sometimes can’t help but wonder if medication has stopped me from reaching my full potential.

So when Diane grappled with whether anti-depressants made her “boring” or a “bad writer”, this resonated with me. What many people don’t realize is that anti-depressants are more than ‘happy pills’. As they work to dull any immediate pain or anxiety that stops you functioning, they, in turn, give your brain more room to grapple with uncomfortable questions about yourself.

This is what was crucial about season six, episode 10 of BoJack Horseman. The episode gives Diane space to unpack all of these questions. Society is quick to talk about coming off anti-depressants and how they shouldn’t be relied upon permanently, but nobody talks about what being on them is like. As seen with storylines like Silver’s bipolar disorder in 90210, TV characters’ medication usually exists to end an inconvenient plotline and cure their mental health issues – only for them to stop taking their pills when the show needs some excitement. 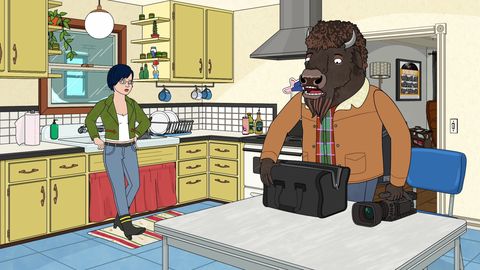 This didn’t happen in BoJack Horseman. Even when Diane was on medication, her problems didn’t disappear. She still struggled with depression, writing and relationships. The brutal side effects of anti-depressants, like mood swings and nausea, were amplified compassionately rather than used as a plot device.

She demonstrated that the process of adjusting to medication is a marathon rather than a sprint. I badly needed this lesson because, as someone who has been on three types of medications over the years, you sometimes ask yourself whether anti-depressants are worth sticking with – especially if, during the adjustment period, they leave you feeling worse than before.

This questioning – questioning Diane undertakes herself – isn’t helped by the fact that, broadly, people assume anti-depressants are a magic cure. If you aren’t instantly your old self or continue to struggle, it’s your fault.

Since watching BoJack Horseman, this misconception I – and probably countless other people – had about how anti-depressants were supposed to work was quelled by showing a more nuanced reality that simply isn’t talked about enough.

For me, one of the most significant side effects of anti-depressants was weight gain.

I would scroll through old photos and curse myself for not looking how I did then. While I now realize there is nothing wrong with either the word ‘fat’ or being fat, the internalized fatphobia I learned from society, coupled with the fact I didn’t even look like me anymore, made me feel like my mental health had taken over so much of my life it even affected how I looked on the outside. 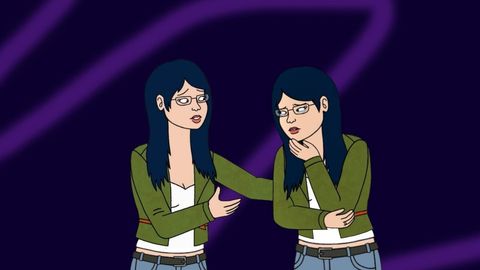 Like Diane did in an especially poignant moment, I remember breaking down after realizing some of my favorite clothes – clothes I had identified with my sense of self – no longer fit. As Diane grew out of her iconic green jacket after six seasons, I, too, felt medication had robbed me of my identity by physically changing me to the extent it did.

BoJack Horseman‘s platforming of this experience isn’t the only reason Diane’s medication-induced weight gain is so important – their sensitivity deserves note too. All too often, as with characters like Monica in Friends or Schmidt in New Girl, people in TV shows gaining weight, especially in comedies, is usually a punchline and something to be belittled by the more skinny, attractive characters.

The best thing BoJack Horseman did in terms of other characters reacting to Diane’s weight gain was for them not to comment at all. Through her weight gain being presented as unremarkable, I could come to terms with my own. The way my body changed was normal.

Anti-depressants are widely stigmatized in society. I know first-hand that those who take anti-depressants are often looked down upon for being too ‘weak’ to fight their demons alone. However, Diane acknowledging her depression and accepting help after showing signs of mental illness for six seasons isn’t represented as weakness. Instead, it’s portrayed as the opposite: a sign of inner strength.

Diane’s journey with anti-depressants in BoJack Horseman helped me shed a lot of internalized shame I didn’t know I had. But more crucial than that, it gave me hope: hope that I am capable of getting better – and if I change a little bit in the process, that’s okay too.

BoJack Horseman is available to stream on Netflix.