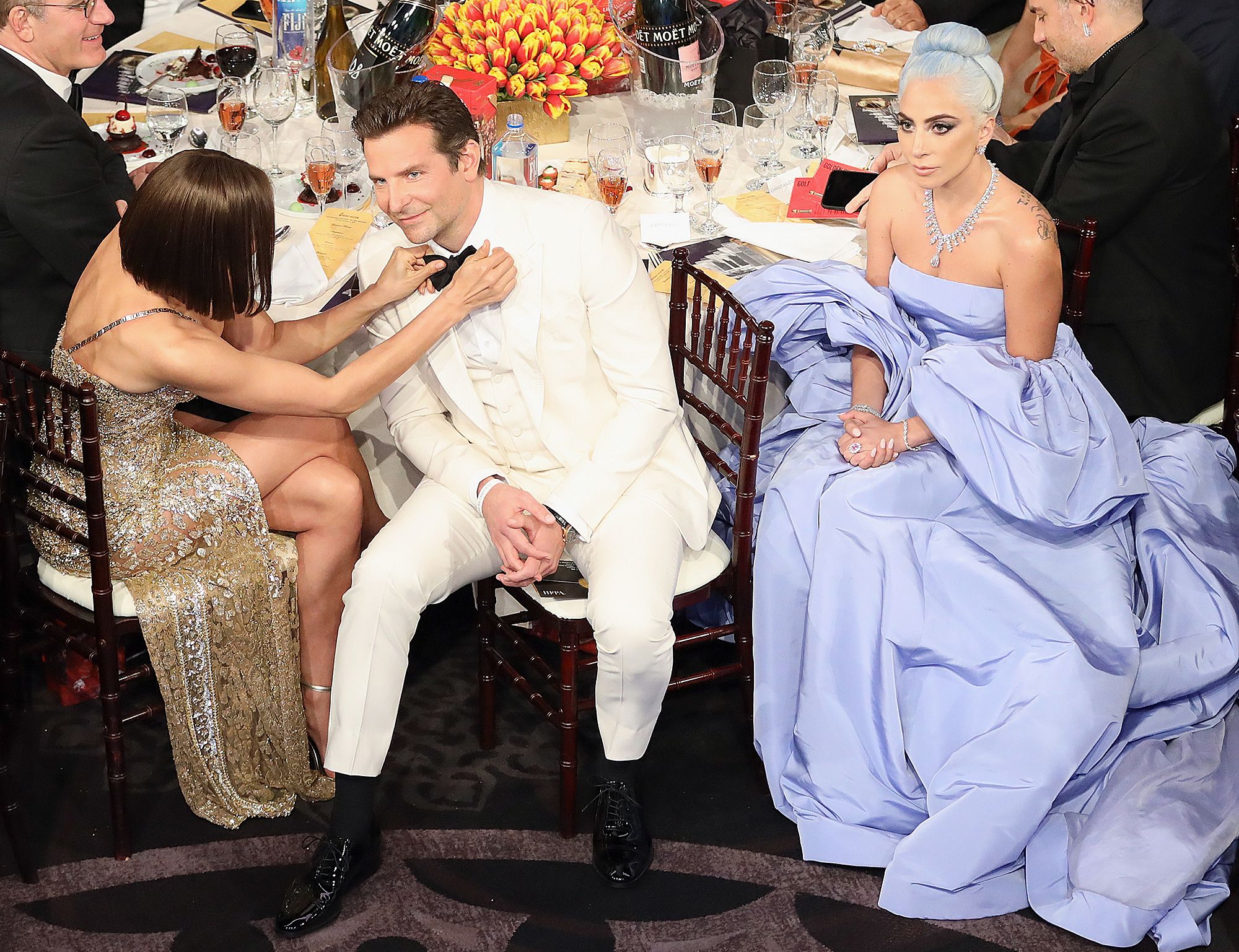 After Bradley Cooper and Irina Shayk made a rare red carpet appearance together at the Golden Globes, they continued to serve sweet couple moments from inside the ceremony. The duo, who’s known to keep their relationship private, kept things low-key at their table during the show, but fans still caught them in the middle of some sweet, sneaky exchanges.

Perhaps the cutest moment was when Shayk was spotted fixing Cooper’s tie. The model, dripping in gold in her metallic Versace gown, was photographed leaning over to her man to adjust the bowtie that completed his crisp, white tuxedo look.

At one point, Cooper was seen putting his hand on Shayk’s leg.

And in another moment, they were laughing and cuddling up together.

Shayk was also seen resting her head on Cooper’s shoulder.

Before even heading into the venue, the couple turned up the cuteness on the red carpet as they held hands and shared laughs in front of the cameras. 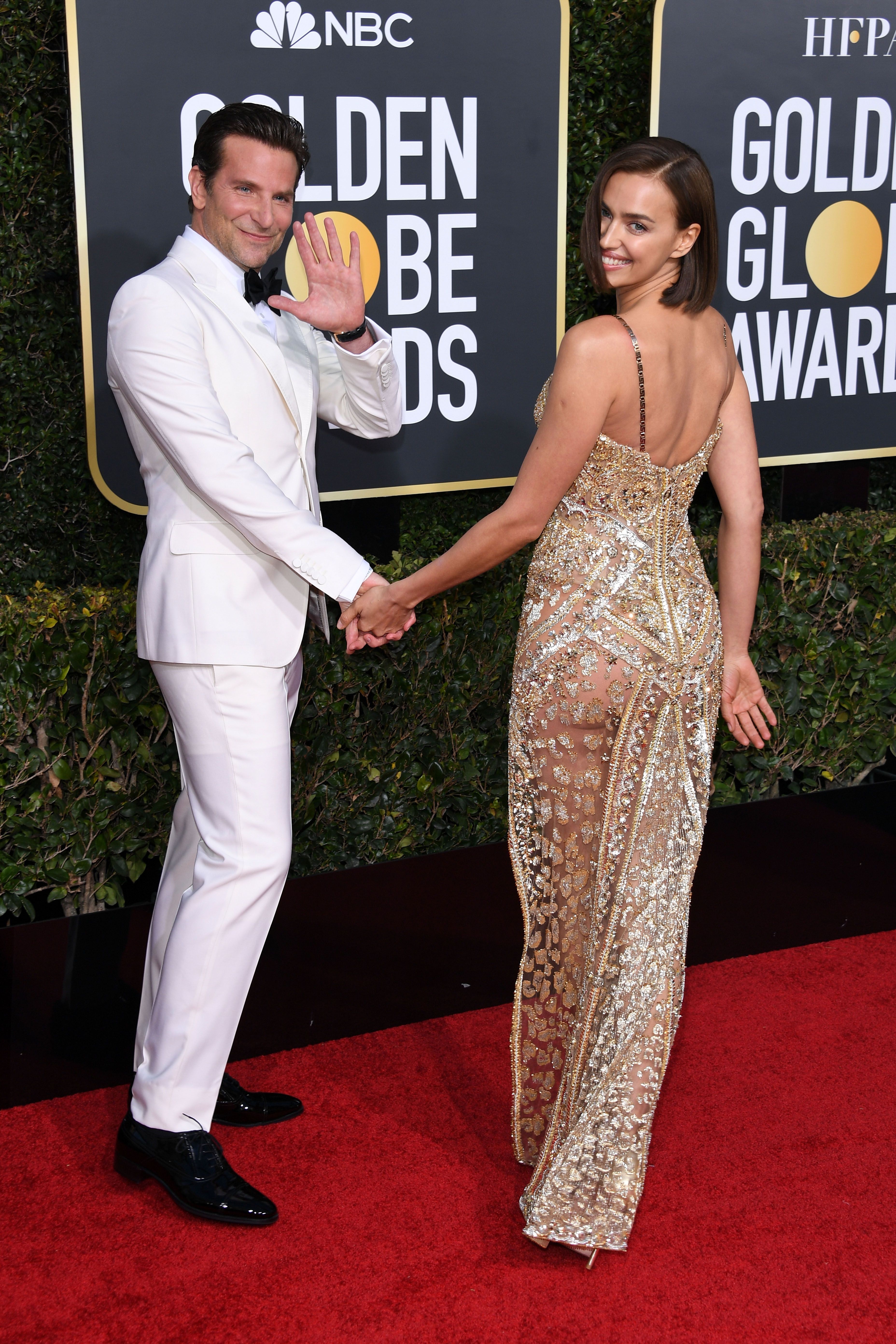 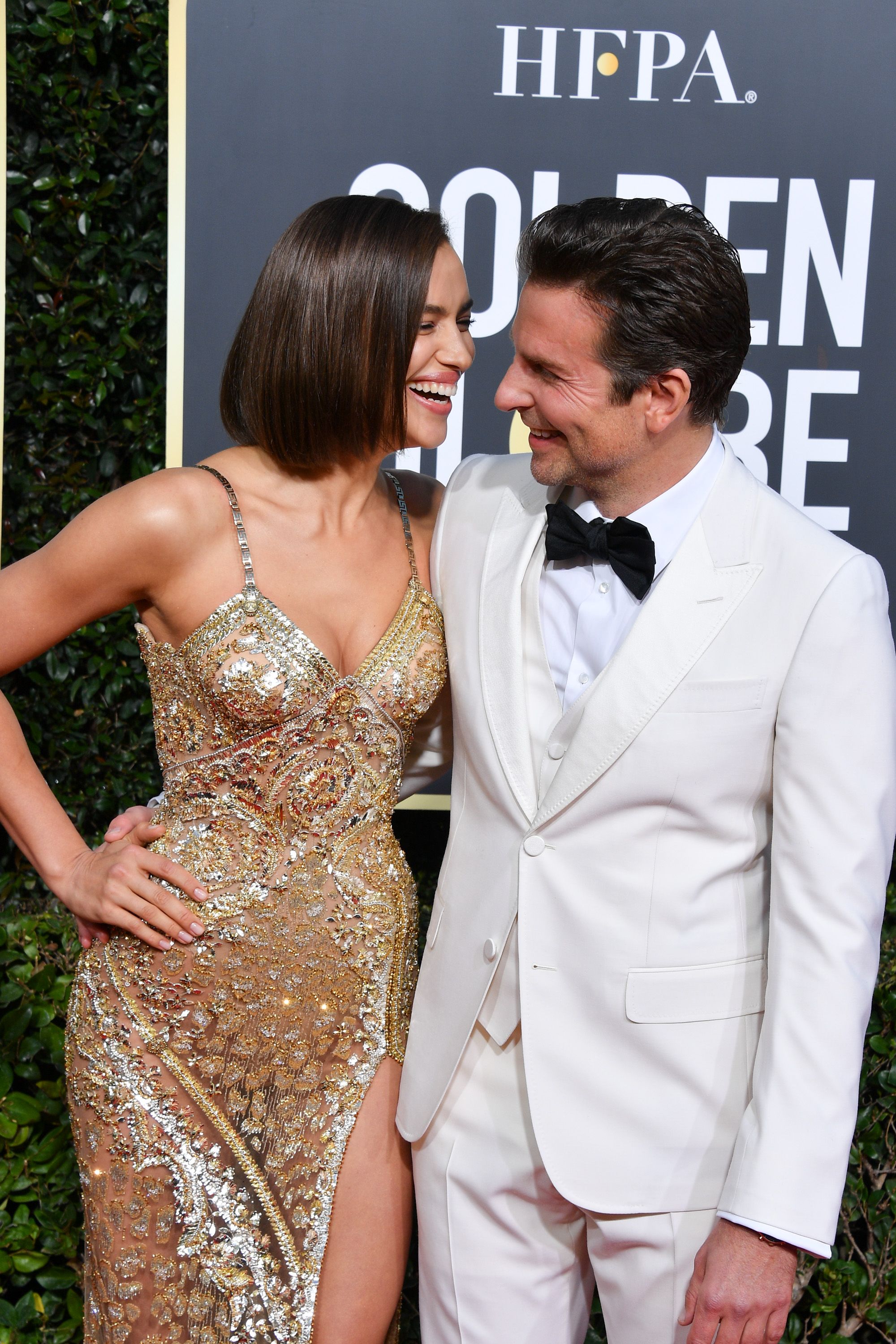 Cooper and Shayk, who first struck up relationship rumors in 2015 and share a daughter together, barely make joint public appearances, let alone red carpet cameos. However, they made an exception for last night’s Globes for an important reason: Cooper’s directorial debut, A Star Is Born, was nominated for several awards, including Best Director and Best Actor in a Drama (both for Cooper), Best Actress in a Drama (Lady Gaga), and Best Motion Picture Drama.

Although the film didn’t take home any major awards, it did claim victory for Best Original Song with Cooper and Gaga’s smash duet, “Shallow.”