The best of intentions! Brian Austin Green shared his two cents about a friendly social media exchange between his estranged wife, Megan Fox, and his girlfriend, Sharna Burgess.

“For people that need or want clarification. Megan and I get along great,” the actor, 47, wrote via his Instagram Story on Wednesday, July 7. “Neither of us are sending petty digs to each other. We both work really hard to get along and coparent well for our kids. Now stay safe and spread kindness and love.” 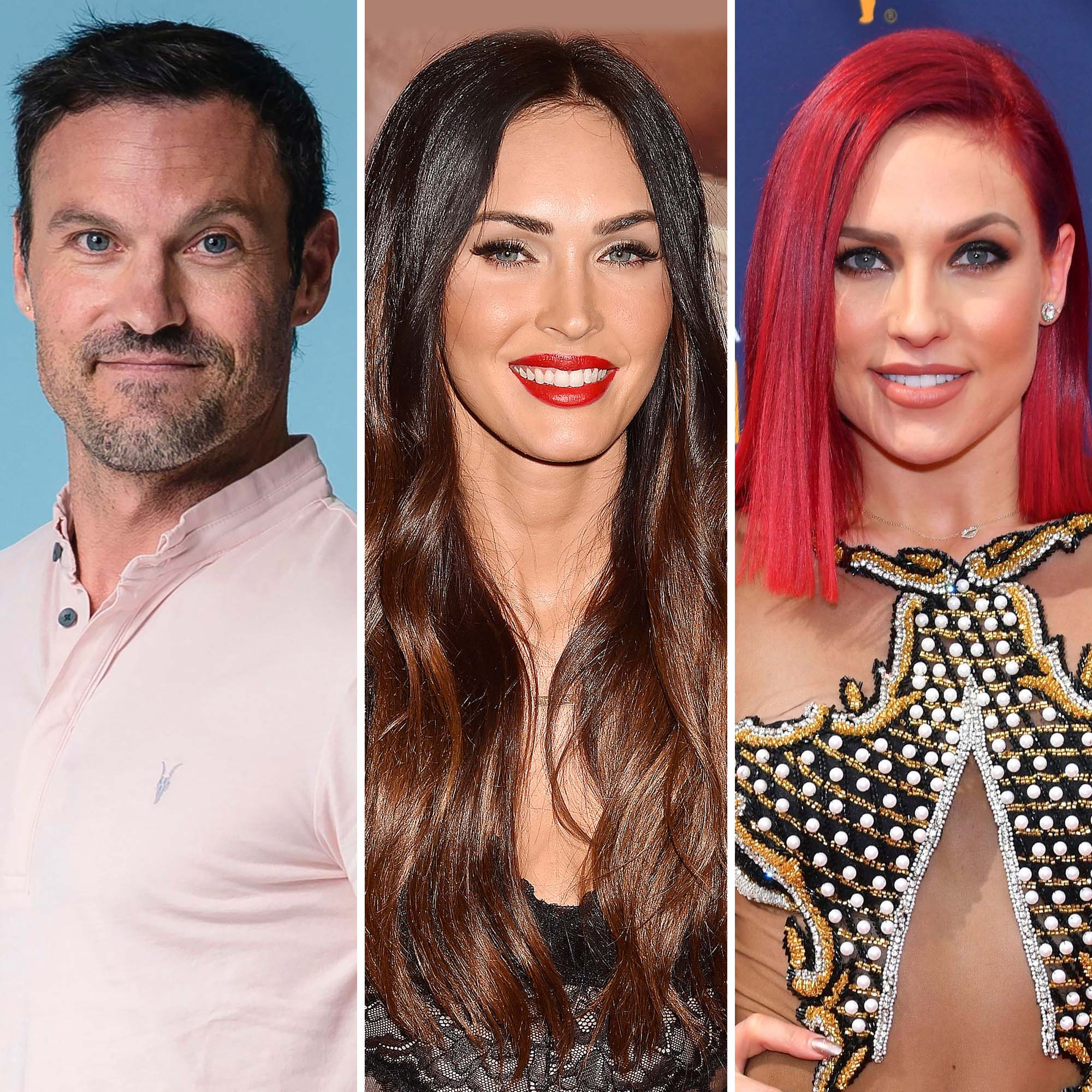 The speculation began after Green posted a PDA-filled photo with Burgess, 36, at Walt Disney World on Tuesday, July 6. “It’s been a really long time since I’ve been with someone I can truly share life with,” he wrote via Instagram.

While some interpreted his caption as a dig at Fox, 35, the actress showed her support for the couple in the comments section. “Grateful for Sharna,” she replied with a purple heart emoji.

Everything Megan, BAG Have Said About Each Other Moving On

Burgess then responded to the Transformers star with two white heart emojis.

Green confirmed his split from Fox in May 2020 after nearly 10 years of marriage. The two are parents of sons Noah, 8, Bodhi, 7, and Journey, 4. He was first linked to the Dancing With the Stars pro in December 2020, while the New Girl alum initially sparked dating rumors with boyfriend Machine Gun Kelly in May 2020.

Fox took the next step to end her relationship with Green in November 2020 by filing for divorce. Earlier that month, the pair dealt with their personal drama in public after he posted a photo of their youngest son celebrating Halloween.

“I know you love your kids,” the Teenage Mutant Ninja Turtles star commented at the time. “But I don’t know why you can’t stop using them to posture via Instagram. You’re so intoxicated with feeding the pervasive narrative that I’m an absent mother, and you are the perennial, eternally dedicated dad of the year. You have them half of the time. Congratulations you truly are a remarkable human! Why do you need the internet to echo back to you what should be inexhaustibly evident in the way your children love you?”

Green, who later deleted the post, and Fox apparently moved past their issues, with Burgess complimenting their dynamic in February. “I think they’re doing a great job with managing their situation, so I’m grateful that I’ve been able to fit into it — into their world,” she said on Australia’s The Morning Show, adding that the duo have “done such an amazing job” raising their three children.