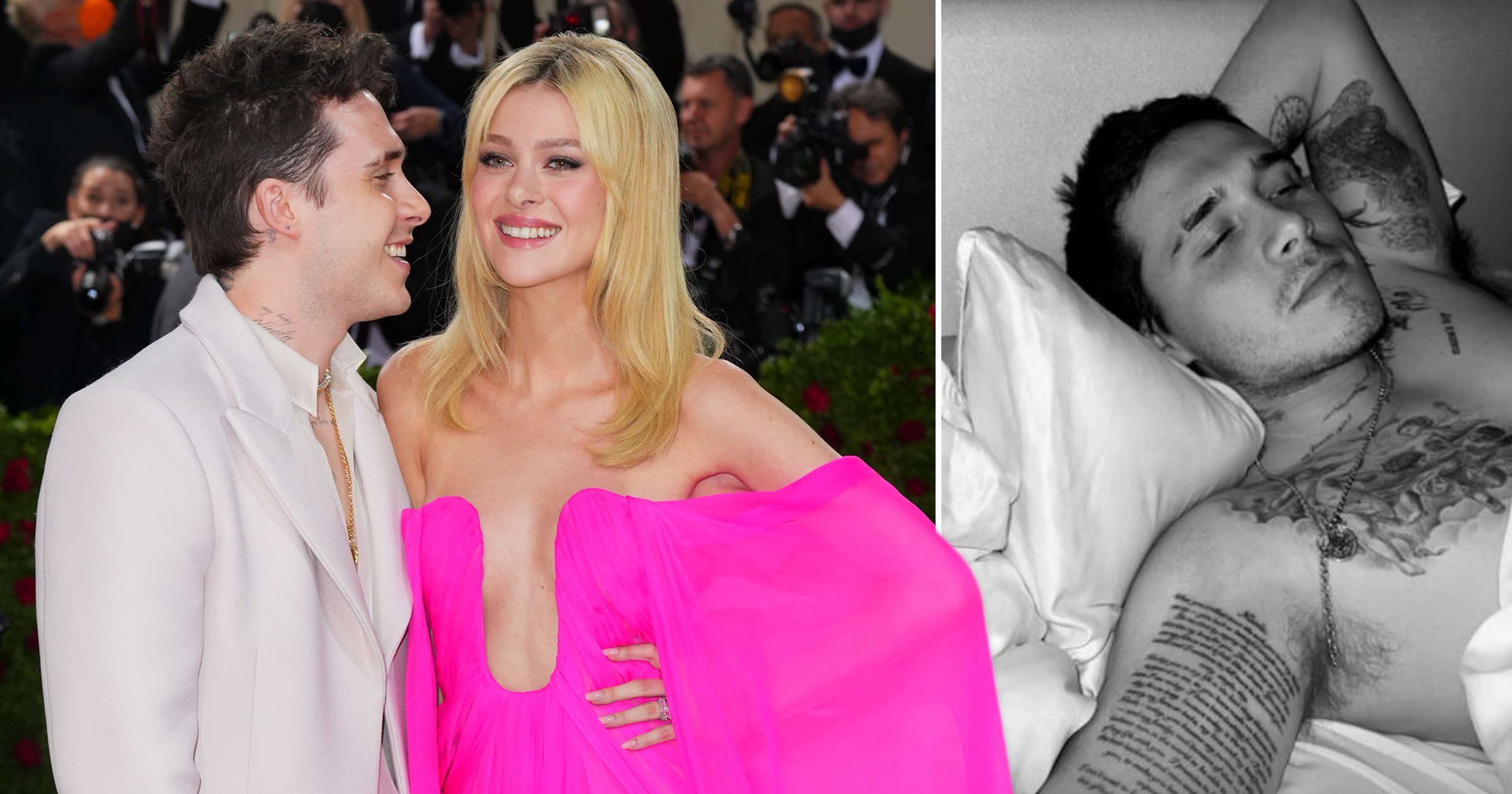 Brooklyn Beckham is fast rivalling his famous dad David with his ever-growing collection of tattoos, which now appears to total over 40.

The 23-year-old, who is also the son of Spice Girl Victoria Beckham, recently debuted a rather large sentimental tribute to wife Nicola Peltz, having his wedding vows inked on the underside of his right arm following their lavish nuptials in April.

Inked in cursive script, Brooklyn speaks of how Nicola, 27, ‘took [his] breath away’ when she walked down the aisle, while also describing himself as the ‘luckiest man in the world’ to marry her.

‘I can’t wait to live out our dreams together and have lots of babies and be yours forever because you are forever mine,’ the message concludes.

Since they began dating in 2019, Brooklyn has dedicated several of his tattoos to his now-wife, with much of his body art clear tributes to her.

Yes, Nicola’s always watching Brooklyn’s back as he has her distinctive eyes tattooed on the back of his neck.

Another tribute to Nicola, the eldest Beckham child has the word ‘lover’ inked on his index finger and the letter ‘N’ with a small heart on top in honour of his wife.

It’s not just Nicola who Brooklyn has dedicated art to on his body, as he has an image of rosary beads, which belong to her mother, imprinted on his right hand.

One of the many large tattoos on Brooklyn’s torso includes a cupid shooting a bow and arrow on the bottom right-hand side of his stomach.

Brooklyn has two tributes to Nicola’s beloved grandmother, who died in January 2020.

Shortly after she died, the photographer tattooed her name ‘Gina’ on his arm, just before Nicola celebrated her 25th birthday.

Then when Nicola turned 27, Brooklyn inked on the left of his torso, text which reads: ‘Focused in the present, sincere towards others and trusting in our self, know that you cannot fail.’

The exact symbolism isn’t known, but Brooklyn has a rather long dragon extending from the right side of his neck and down his arm with its tail finishing just around the elbow crease.