Cher issued another apology for her recent controversial tweet about the murder of George Floyd following some “soul searching.”

The “Turn Back Time” singer has been under fire for several days after sharing a tweet about the ongoing trial of former Minneapolis police officer Derek Chauvin, who is accused of murdering Floyd when he knelt on his neck during an arrest in May of 2020. Cher was accused of acting like a “white savior” by noting that she felt she could have stopped the death if she was there at the time of the incident.

Although she previously issued an apology for the tweet, the star took to Twitter again on Tuesday to once again note how contrite she is over her comment and vowed to do better with her social media presence going forward.

“These last days have been Hard,Soul Searching,Painful Ones. My Wording Was Wrong/Imprecise,” she wrote. “When I’m Over-emotional I Should Wait,Walk Away, Then Twt.”

Cher continued: “I Felt Sorrow,& Did Wish I Could have Helped George.Sometimes you can feel what you can’t Explain in a twt.Sorry is All I Have.”

In her original, since-deleted tweet, Cher wrote that she was talking with her mother about the trial.

“Was talking With Mom & She Said ‘I Watched Trial Of Policeman Who Killed George Floyd,& Cried,'” it read. “I Said ‘Mom,I Know This Is Gonna Sound CRAZY,But.. I Kept Thinking …..Maybe If I’d Been There,…I Could’ve Helped.”

As the backlash raged, the star addressed the controversy in a follow-up tweet noting that she resented people saying she couldn’t have an honest, emotional opinion about the trial.

CHER BASHES TRUMP OVER CORONAVIRUS PLAN: ‘I’M BEYOND HIS SELL BY DATE’ 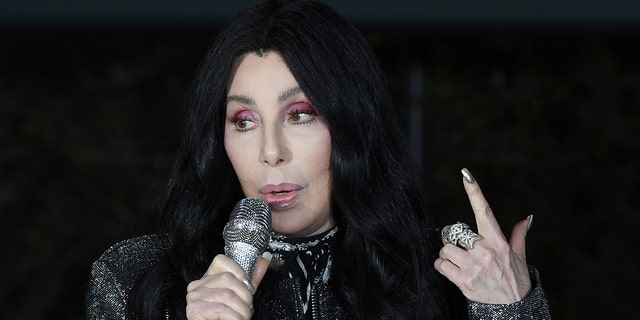 Cher issued a second apology for her controversial tweet about the murder of George Floyd.
(Ethan Miller/Getty Images)

“Wrestled With This Twt,  Because I Thought some ppl wouldn’t understand, Or Believe an Entertainer Could have Honest emotions about a human Being,suffering & Dying,even if It’s Only Shown On tv. You Don’t Know What I’ve Done,Who I Am,Or What I Believe.I CAN,I HAVE,& I WILL..HELP,” she wrote.

Hours later, though, the star took to Twitter again to issue an unequivocal apology to anyone she upset in the Black community with her words. She said that the apology was sparked after talking to a friend about the issue.

“I Just got off phone With Friend Karen.Told her what Happened,& Realized,You Can Piss Ppl Off,& Hurt Them By Not Knowing Everything That’s”NOT Appropriate”To Say.I know Ppl Apologize When They’re In a Jam,BUT??TO GOD??,IM TRULY SORRY If I Upset AnyOne In Blk Community.I Know My❤️,” she wrote.

Cher seems to have been following the trial closely and tweeting her thoughts on it throughout last week. In a tweet from March 31, 2021, the star praised the witnesses who testified about what they saw during the more than 9 minutes in which Chauvin knelt on Floyd’s neck.

“Feel So Unbelievably Sad For The Brave Ppl Who Stood Their Ground To Bear Witness,& Chronicle The Murder Of George Floyd For All The World To See,” she wrote Wednesday. “These Were Americans Who Didn’t/Couldn’t Walk Away From a Fellow Human Being Having His Last Breath…Crushed Out Of His Body.”