It’s time for a Brown Family Holiday! Chris Brown reunited with his daughter, Royalty, and his son, Aeko, for some fun in the sun, and the joy they had together will make your ‘heart’ swell.

Joyce Hawkins only had two words after seeing her son, Chris Brown, with his two kids: “MY HEART!!” Chris’s mother shared a photo of Breezy, 32, playing with 7-year-old Royalty and Aeko, 1, while on vacation. The trio were all dressed in swimwear as if they were ready to jump into the pool. Breezy sat curled up with his arms around his knees while his daughter and son looked on.

Perhaps Chris was showing his and Ammika Harris’s son how to do a perfect cannonball? Later, Joyce shared a video of Royalty taking a swim. “SOMEONE IS HAVING FUN!!” she captioned the clip, seemingly taken through a glass wall peering into the inground pool. As to where this fun was happening, that remains unclear. On July 31, Joyce posted a photo of her, Royalty, and Chris boarding a private Banyan jet (the company describes itself as “South Florida’s First Choice FBO for Business” on its social media accounts.) “WE ARE OUT!!” Joyce captioned the shot, and many fans left comments like, “Tell Aeko I said hello.”

A few hours before Joyce shared her photo of Chris and Royalty with Aeko, Ammika, posted a few Instagram Stories seemingly taken from a tropical location. She posted a view from presumably where she and the family were staying, as well as a sot of their back yard. She also gave fans a look at her nail art while lounging by the pool. Like Chris and his mother, Ammika didn’t share where the photos and video were taken. 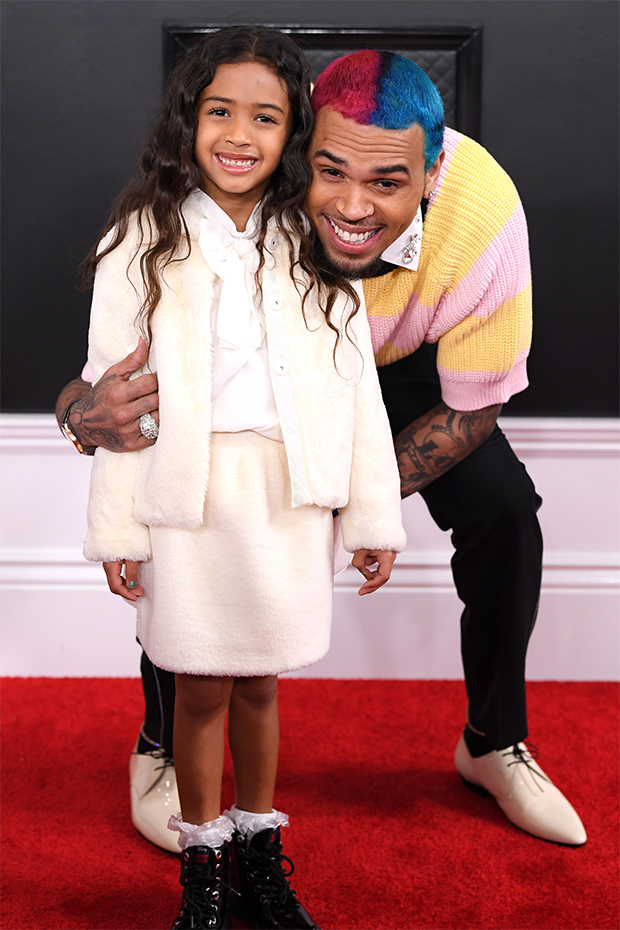 Before going on this trip, Ammika gave fans an Aeko update at the end of June. She posted a video to her IG story, which was captured by a fan account, of her son rampaging through a toy store. It seemed like Aeko couldn’t pick which stuffed animal he wanted more, grabbing both a plush horse, a fluffy doggy, a polar bear, and a llama, and more. Considering that Aeko has a birthday coming up – he turns 2 on Nov. 2, 2021 – Ammika was probably taking notes for possible birthday presents.

Chris made a few headlines and raised a few eyebrows before this trip with a cryptic message posted to social media. On Thursday, July 29, he posted, “Shut the f-ck up. Do [your] shows. Thank everybody. Then get the f-ck off [the] stage!” Many fans assumed this was in reference to DaBaby going off on a homophobic rant during his July 26 set at Rolling Loud Miami.