Chrissy Teigen and John Legend made an unexpected appearance in her mom Vilailuck ‘Pepper’ Teigen’s virtual cooking segment on TODAY. Watch the video!

Chrissy Teigen wore nothing but a white towel when she appeared on TODAY. The Cravings author crashed her mom Vilailuck ‘Pepper’ Teigen‘s cooking segment on the morning show, alongside her hubby John Legend, 42. The pair popped into frame to say hello to Vilailuck, and Chrissy played with her mom’s hair. “We’re so excited for mom … I just wanted to say hi to everybody,” the model turned author began. Host Savannah Guthrie then chimed in, “John is dressed, Chrissy is not.”

Vilailuck was on the morning show for the virtual cooking segment, promoting her new cookbook The Pepper Thai Cookbook by demonstrating how to make stir-fried spaghetti with Thai chili paste. Al Roker asked the author, “Does she always do that when you’re cooking?” to which Vilailuck replied, “She loves teasing and playing around with me.” She also revealed that she got the nickname ‘Pepper’ when she and Chrissy’s dad Ron ran a tavern in Washington.

“I always make my own food, so spicy, so hot. My Thai name is kind of hard to pronounce so they gave me [the name] Pepper,” she explained, adding that her daughter’s cookbook success inspired her to write her own. “I learned a lot from her, not from cooking, but how to do the cookbook because I had no idea of anything about it.” The cooking segment came just days after Chrissy and John jetted off on a summer vacation. 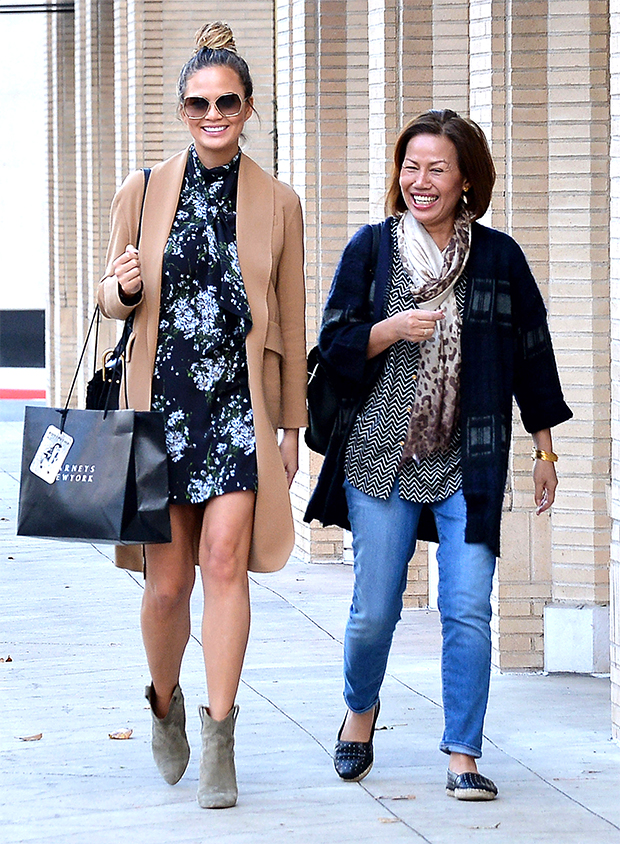 Chrissy shared a snap of herself soaking up the sun in a neon, one-piece swimsuit with shredded cut-outs around the chest. She took to Instagram on April 10, to share a series of snaps with her stylist Alana Van Deraa. In the pics, the pair posed on the edge of an infinity pool, which overlooked the ocean. Chrissy paired her bright purple swimsuit with a white, towel wrap on her head. She also accessorized with delicate gold necklaces, bracelets and anklets.