Right, class, today we’re going to have an end-of-term quiz, to see what you’ve learned about 20th century British history.

First, hands up if you know who the most inflential pop band was. Yes, Marr Minor?

Oasis? Have you been paying any attention, Marr? What about the Beatles, the Stones . . . never mind. Try this: who was Britain’s biggest film star? Yes, go on, Marr Minor. 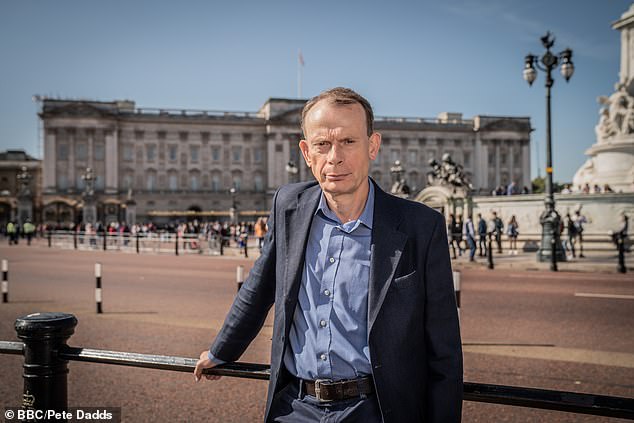 Andrew Marr’s selection of the figures who shaped our era, in New Elizabethans), was inexplicable

Marr, you have one last chance. Who was the most significant female figure in post-war British politics?

Marr — get out of my classroom!

Andrew Marr’s selection of the figures who shaped our era, in New Elizabethans (BBC2), was not so much controversial as inexplicable. He didn’t just ignore the obvious choices, but went to absurd lengths in nominating people who had only the most tangential effect.

First up was the historian and travel writer Jan Morris, who died last month aged 94. On Coronation Day 1953, when her byline was still James Morris, she reported that Sir Edmund Hillary and Sherpa Tenzing Norgay had conquered Everest.

Morris was a trailblazer but hardly a household name, let alone an epoch-defining journalist. She was included for her transgender status, a precursor of 21st-century social changes, as Marr spelled out at the end.

Graham Chapman was included for similar reasons: he was the first comic to come out as bisexual. But he wasn’t even the third-funniest bloke in Monty Python.

Kenny Everett, a truly influential comic who was also unabashedly gay, would have been a much better choice.

Initials of the night:

We expect heroic World War II pilots to have jaunty nicknames, but Dan Snow’s The Dambusters (C5) revealed the planes got them too — including a cheerful ‘P For Popsie’, a knowing ‘N For Nut’ . . . and the very apt ‘L For Leather’.

Nancy Mitford was a literary nonentity, Roy Jenkins a transient political figure, and as for pop entrepreneur Alan McGee — well, if we’re nominating record label bosses, I suppose we should be grateful that Marr didn’t cite Richard Branson instead.

Shows like these are usually framed as a quest for knowledge. ‘I really want to find out more,’ declares the presenter, before setting off to criss-cross the country, challenging his or her preconceptions. Marr didn’t bother with that. He knew what he wanted to say and this hour, the first of three, was one long lecture.

But it did feature a splendid soundtrack, with witty, thought-provoking choices highlighting rock’s golden years — from Richard and Linda Thompson to Orchestral Manoeuvres, from The Who to Tears For Fears. I’m betting Marr wasn’t responsible for picking the tracks.

While he was taking himself very seriously, Richard Ayoade was doing anything but, on his retro gameshow, Celebrity Crystal Maze (C4). At one point, as Laura Whitmore, Perri Kiely and their team-mates were racing against time to complete another challenge and win a crystal, Ayoade fixed the camera with a sardonic eye and said: ‘This is compelling television, isn’t it?’

The game itself is thoroughly old-fashioned — glorified fairground games, throwing balls at a target or guessing riddles. But because it lacks the nastiness of I’m A Celeb’s trials and the self-importance of team contests such as Don’t Rock The Boat, there’s a cheerful innocence.

And Ayoade is relishing the worst catchphrases ever heard on TV. Rounding up the players, he constantly tells them to ‘tuck in’. That’ll never catch on.