Celebs Go Dating star Tom Read Wilson, 34, took part in the celebrity version of Best Home Cook earlier this year, where he finished in second place to winner Ed Balls. Recalling his experience, he revealed how host Claudia Winkleman, 49, saved him in the final.

Tom, who is working on Virgin Media’s upcoming virtual assistants campaign, was tasked to make dishes for a lavish picnic as part of Mary Berry’s Ultimate challenge in the final round.

As part of the task, he opted to make Gruyère scones, but didn’t realise the alarm had gone off to tell him they were done in the oven.

Speaking to Express.co.uk, he said of Claudia: “She is enormously calming, but also enormously galvanising.

“She even rescued me in the final! I made some Gruyère scones and I had so many things going on in the final. 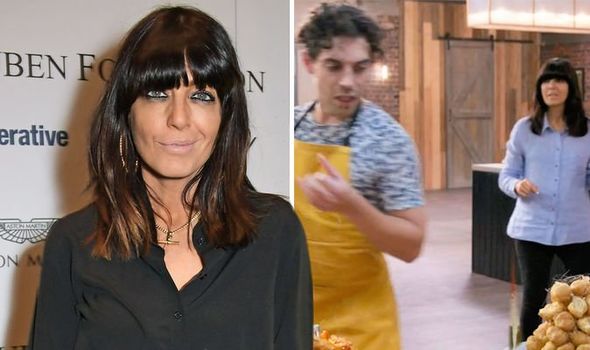 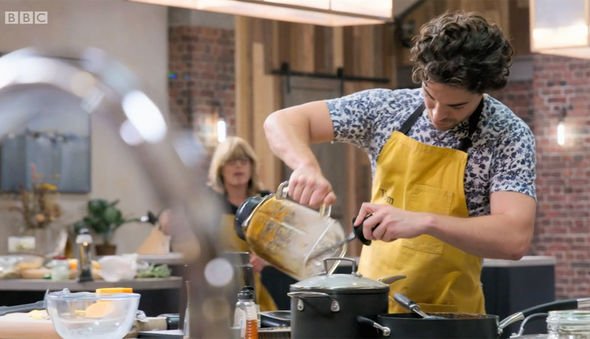 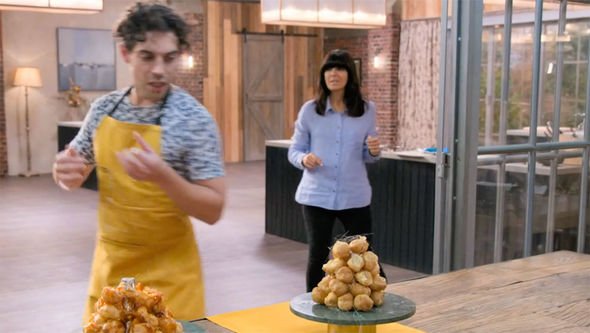 “I had umpteenth dishes cooking away at the same time and I had an alarm for the scones, but I didn’t hear it go off.

“About five minutes after that alarm went off, she said, ‘Tom, the scones!’”

On camera, Claudia was seen asking Tom where the scones were, which prompted him to rush over to the oven in a hurry.

Checking out his baked goods, he acknowledged they were overdone, but thankfully still edible.

“I dashed to the oven and they were a little bit overdone, but they would’ve been asunder if Claudia hadn’t been there,” he added, branding the host “my hero”. 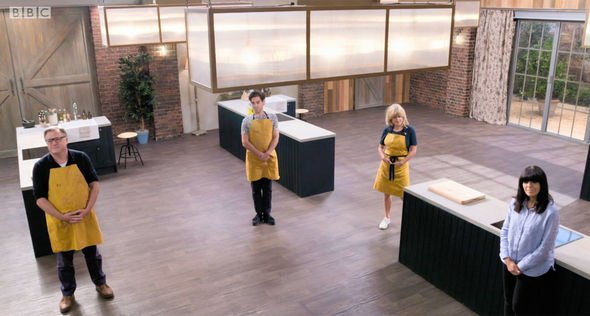 Despite Tom’s best efforts, he missed out on the win to Ed.

The Celebs Go Dating star went on to praise Mary Berry for being “so lovely” and even took fashion tips from her.

“She certainly inspired me,” he enthused, adding he went and purchased the same shoes she had on after the show.

“I couldn’t wait to see what she was wearing every day,” he continued.

Elsewhere, Tom has teamed up with Virgin Media to provide a series of lockdown lifting life hacks.

This includes a free virtual assistant service which allows people to hand over their life admin to their own PA and the ‘polite decline generator’ – an online tool to help people wriggle out of unwanted plans.

The podcast host’s tips for avoiding a social burnout include; not being afraid to say no, being selective, being organised and indulging in self-care.

He said of his involvement: “I don’t think I ever allowed myself ‘me time’ before and I have to say I’ve been thoroughly enjoying luxuriating from time to time.

“It’s been really pleasurable and a real revelation, so I want to retain that little piece of it.

“When they said that the whole motivation behind this initiative is that we get back into the social sphere via these social assistants, I thought that’s a tremendous idea – and they’re completely free!

“You can go on VirginMedia.com and apply for a virtual assistant to manage your diary. It lifts the burden from your shoulders, it’s a really super idea!”

More information is available at www.virginmedia.com/tomstricks