Dad’s Army is making a comeback after more than 50 years off air – and the full cast has finally been revealed.

Gavin and Stacey actor Mathew Horne, 40, as well as Doctor Who’s Bernard Cribbins, 90, will star in the recreation of three lost episodes from the sitcom’s original second series.

Joining them will be Pirates of the Caribbean star Kevin McNally, who will lead the platoon as Captain Mainwaring during the comedy series about the British Home Guard during the Second World War. 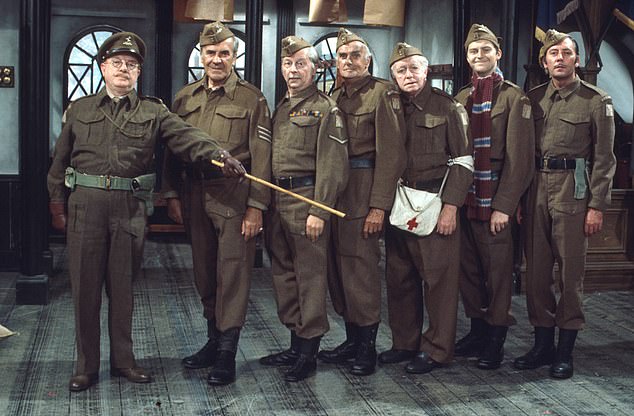 It’s back! Dad’s Army is set to make a comeback after more than 50 years off air – and the full cast has finally been revealed

The episodes The Loneliness of the Long-Distance Walker, A Stripe for Frazer and Under Fire were originally aired in the 1960s, but disappeared from the BBC’s archives.

They will be remade using the original scripts, penned by Jimmy Perry and David Croft, and are expected to air later this year on Gold to celebrate five decades since they were last broadcast.

Cribbins was previously confirmed to be taking on the role of the mild-mannered Private Godfrey, played by Arnold Ridley in the original nine series’, filmed from 1968 to 1977. 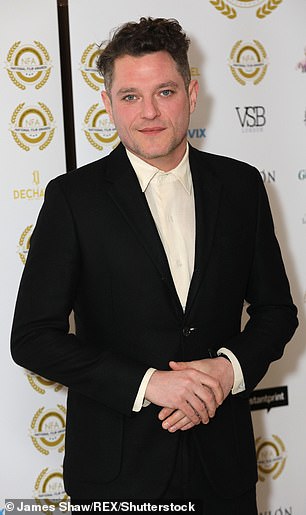 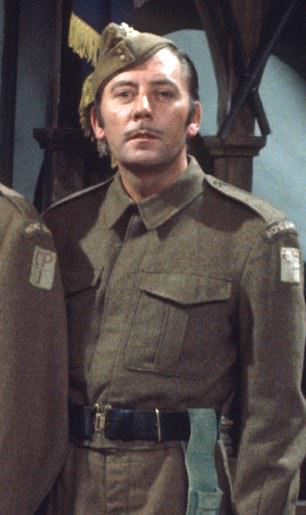 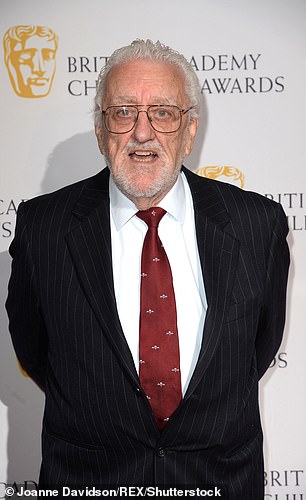 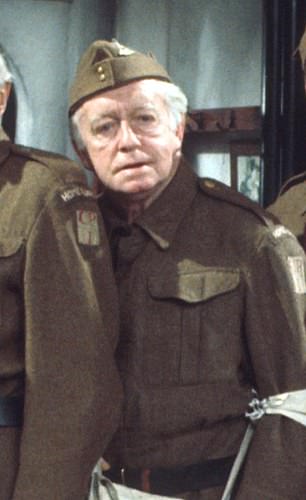 The Carry On star did National Service, seeing action in Palestine in 1947 and 1948 and told the Radio Times: ‘What a way to start the New Year. Back in khaki again – just like I was in 1947.’

The loveable character of Pike was first brought to life by Ian Lavender, while Clive Dunn played Lance Corporal Jones. 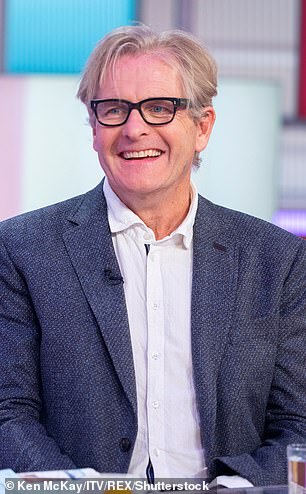 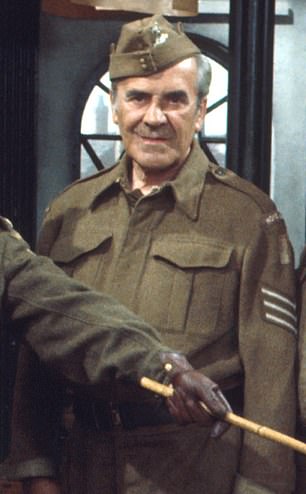 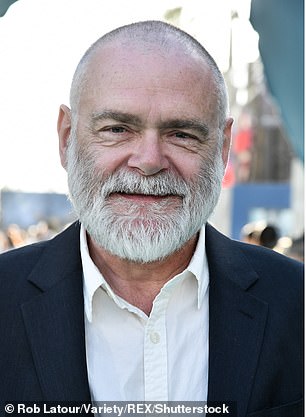 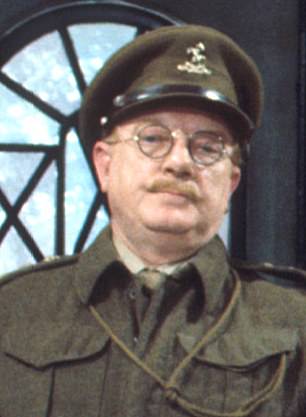 Speaking about his role, Bathurst said: ‘I’ve played soldiers before, but find I handle guns with all the bloodcurdling authority of Sergeant Wilson. I’m looking forward to playing him.

‘I hope we can honour Croft and Perry’s lost episodes. It’s a celebration of their writing, with understudies.’

But he added: ‘I accept the responsibility and look forward to leading the Walmington-on-Sea Home Guard in three last pushes against the Jerries. I hope you’ll join us and enjoy the ride.’ 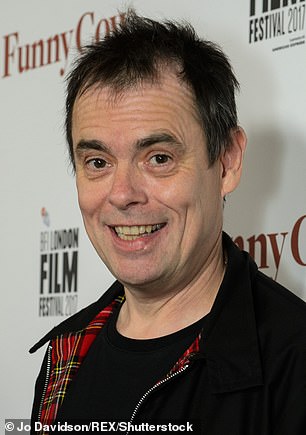 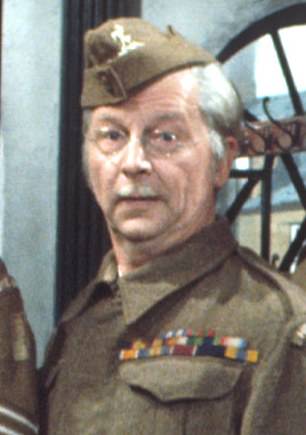 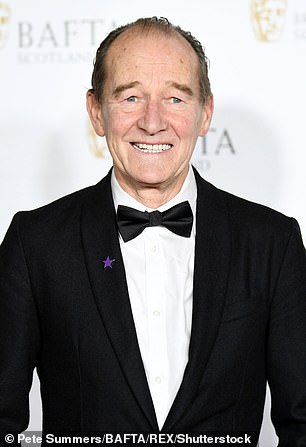 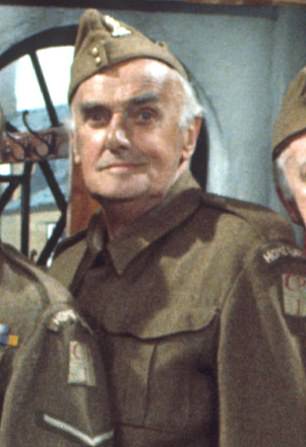 When the programme aired it was standard practice for the BBC to regularly record over or discard tapes once shows were broadcast, meaning the three episodes were lost or destroyed.

They’ve not been seen by fans since they were first aired on TV in 1969.

Pete Thornton, head of scripting at UKTV, said: ‘We’ve been working on this project for several years and will be respecting the genius of the original series.

‘If ever there was a time to stick to the script then this is it’ reported Radio Times. 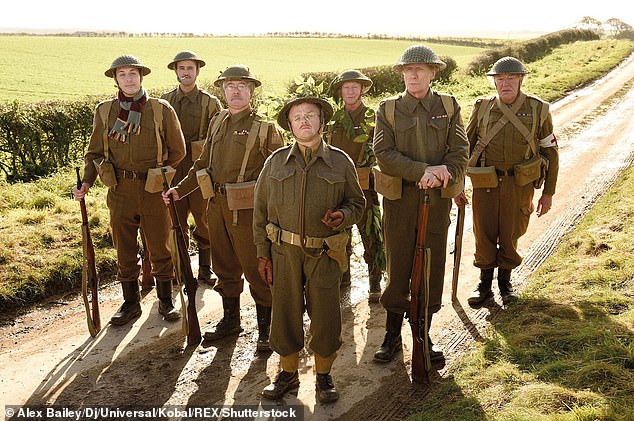 Remake: In 2016 a film remake was commissioned via Universal Pictures, with Toby Jones as Mainwaring, Bill Nighy as Wilson and Blake Harrison as Private Pike

Producers were thought to be eager to get original cast member Ian Lavender, 72, on board for the new episodes.

Launching in 1968, Dad’s Army, based on the hapless exploits of an elderly British Home Guard during World War II, made household names of the cast-members.

In 2016 a film remake was commissioned via Universal Pictures, with Toby Jones as Mainwaring, Bill Nighy as Wilson, Blake Harrison as Private Pike and a special appearance from Catherine Zeta-Jones.

Picking up where the original show left off in 1944, it received a mixed response from fans and critics alike. 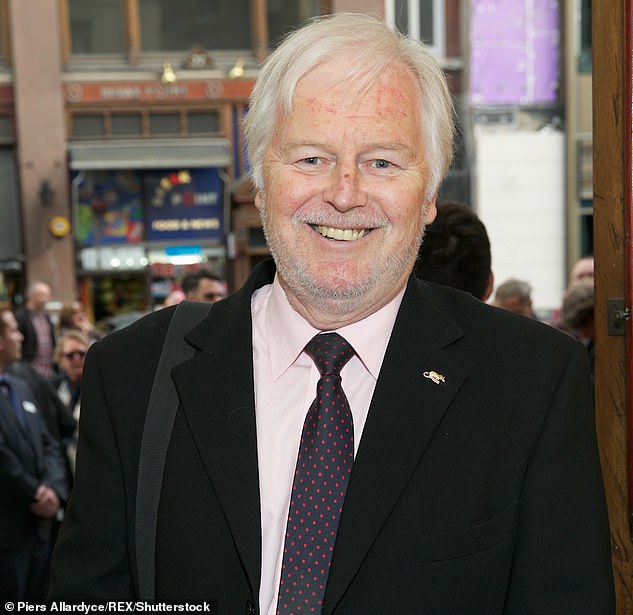 Comedy gold: Producers were thought to be keen to get original cast member Ian Lavender on board for the new episodes