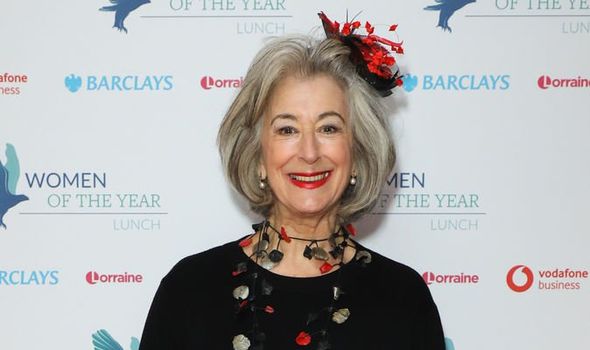 The Coronation Street actress and comedy star yesterday hit out at the trend, which sees public figures ostracised by people who think they have said or done something socially unacceptable. Dame Maureen fears it could prove particularly tricky for comedians.

She said on BBC Radio 4’s Today programme: “I think it’s a revolution, I think it’s in the balance whether we’re ever going to be funny again.

“It’s a bit like laughter in church. Something has to be forbidden to make you really laugh…it’s when you shouldn’t be laughing.

Bullying “This cancel culture, this punishment, it’s everywhere. You know, an eye for an eye. ‘You said that therefore you must never work again.’ We’re on the cusp of wiping out comedy.”

Dame Maureen has enjoyed a showbiz career for more than five decades. She currently stars as Corrie battleaxe Evelyn Plummer and has squared up to Steve McDonald, played by Simon Gregson in the ITV soap.

But this year she quit acting union Equity after it urged its members to sign a petition demanding sanctions on Israel and to take part in pro-Palestinian protest marches.

The actress, an Equity member for 54 years, fumed: “I didn’t join a political union. I joined a union to protect its members.

“You don’t dictate to artists what they believe in. And you don’t incite them to join a mob. I’m going to resign and ask for my £1,000-a-year membership fees to be given back to me.

“And I’m going to send them to a charity for the victims on both sides.”

In a version of her iconic 1980s BT ads as proud gran Beatie, she claimed he had an “ology in extremism”.

And during a spoof call to a pal, she explained why she would not vote for the party, listing “bullying and driving out of good Jewish Labour MPs” and plans to “tax us on the meagre savings we’ve got for our grandchildren”.

In January, Dame Maureen lost her partner of 13 years, Guido Castro, 84, who had Parkinson’s.

But like thousands of other people, she could not hold his hand properly in his last moments because she had to wear full PPE at his bedside.

She said afterwards: “It is unbelievable to have to say goodbye to somebody with gloves and a pinafore on.”

Dame Maureen, who was previously married to late playwright, said of Guido: “He survived Covid in a care home. But he didn’t really survive. It knocked the stuffing out of him.”