No strangers to back and forth quarrelling on the social media site, the two went head-to-head once again in a series of tweets that kept fans entertained.

The heated argument stemmed from Piers’ opinion on the royal documentary and it’s safe to say he ruffled a fair few feathers.

With Harry and Meghan under pressure from the tabloid press, it wasn’t long before Piers’ long-time nemesis jumped in to defend the royal couple.

In the original tweet Piers slammed Harry and Meghan for doing the documentary: “Imagine being two staggeringly privileged royal multi-millionaires going to Africa to make a documentary that supposedly ‘shines a light’ on poverty, violence against women/girls & racial inequality – then in fact making it all about their own terrible struggle? I mean, FFS.” [sic]

Well known for being outspoken and voicing his controversial opinions, Piers’ isn’t afraid of tweeting what he thinks.

Quick to criticise his breakfast show competitor, Dan replied: “Imagine being given a TV show & a newspaper column & using them both to pick on a woman who didn’t want to go out for a second drink with you.”

And, as fans probably predicated, it wasn’t long before the exchange turned into a nasty popularity battle between the two hosts.

“Imagine being the dullest, most excruciatingly virtue-signalling, tediously opinion-devoid, toe-curlingly snivelling sycophant on TV? PS for the record, I never asked Meghan for a drink, she asked me,” the ITV host snapped back, hoping for the last word.

Dan claimed that Piers was “losing the plot” before he was hit with another nasty jibe from the GMB presenter: “Mate, the only thing I lose when jousting with you is the will to live.” 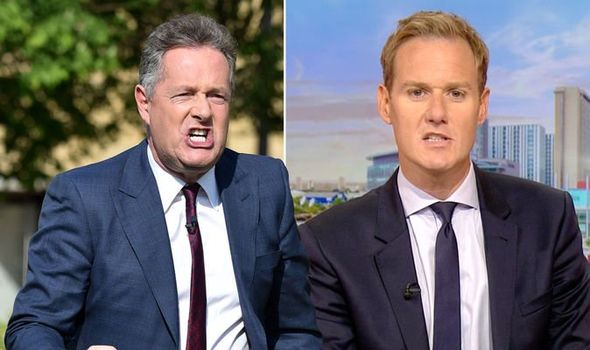 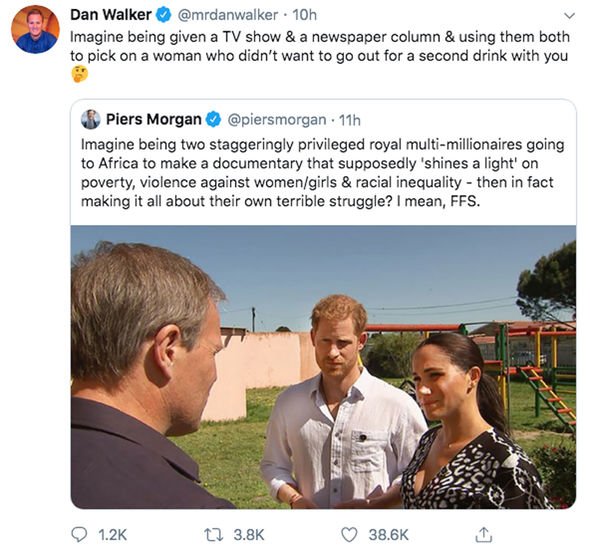 Veering away from the original tweet entirely, Dan tweeted: “I’m disappointed with you. We are 4 tweets in and you haven’t compared twitter followers yet. Enjoy the rest of your Monday.”

“Now you mention it, I currently have 6.2 million more followers than you, which makes me 11 times as popular. Not sure how you can enjoy your Monday after that, but good luck!” Piers mocked.

The two breakfast hosts were at knuckle heads again recently after BBC released its viewing figures that showed it trumped Good Morning Britain as the most watched breakfast show.

Dan had a pop at Piers on Twitter after releasing the details of BBC Breakfast’s figures: “For those interested, next best at 21%,” he said, referring to the ITV show.

Fans of BBC Breakfast were more than pleased for the team as they flocked to give their congratulations. 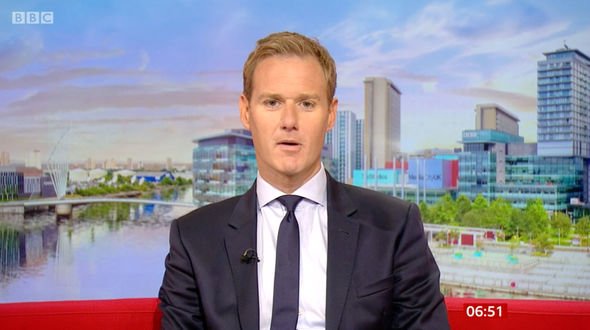 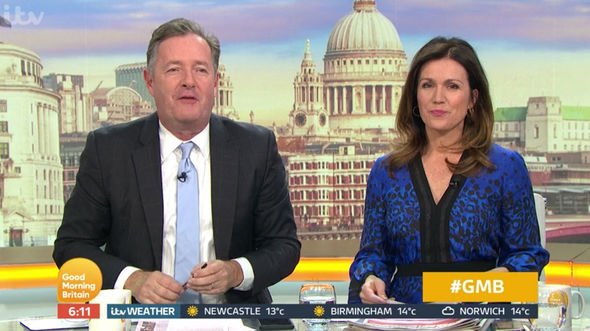 Another gushed: “Oooh I won’t miss my Dishy Dan in the morning.”

A third admitted: “You know I have to admit to drifting across to the ‘other side’ but after about five minutes or less of listening to shouty face ruin another interview I’m straight back over to the calmness of BBC Breakfast. Keep up the good work.”

Others took an opportunity to slam the ITV opposition, keen to let the GMB host know they backed the BBC show.

As usual the feud fizzled out within a matter of hours with Piers choosing not to respond to Dan’s offer of meeting for a drink, but instead picking another tweet to get one up on the BBC host.

Who knows, maybe one day they’ll make up and go out for that drink.

BBC Breakfast airs weekdays at 6am on BBC.