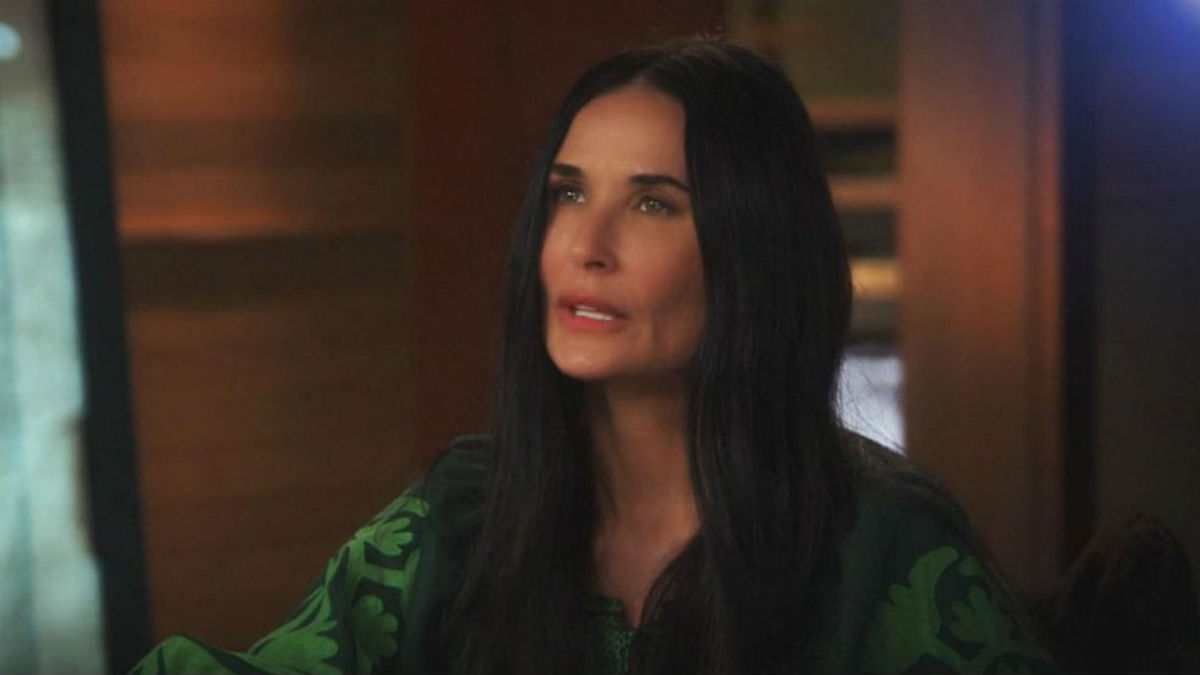 Their conversation took place at Moore’s Hollywood Hills home. Sawyer’s sat-down with Moore was part of the actress’s promotional tour for her memoir, Inside Out. The book was officially released today.

Childhood was anything but blissful for Moore. Both of her parents were alcoholics. Their addictions caused the family to move around a lot and to continuously be in debt.

At age 12, Moore’s mother attempted suicide for the first time. Moore recalled to Sawyer having to shove her little fingers in her mom’s mouth to fish out the pills.

Sadly, that was only one of many times that her mom attempted suicide. It was the moment her childhood ended, and she was not even a teenager yet.

The teen years would bring even more pain and suffering for the actress. When she was 15 years old, Moore was raped by an older man. She discovered her mother had sold Moore to the man for $500.

Learning the man she thought was her father was not also devastated Demi Moore. It rocked her self-confidence to the core, leading her to believe no one would ever want or love her.

Moore was cast on the daytime soap opera General Hospital at the age of 19. Fans loved her as Jackie Templeton. She had no formal acting training and was simply figuring it all out day by day.

The actress quickly realized she was in way over her head, turning to alcohol and cocaine to cope. When she was cast in 1984’s St. Elmo’s Fire as party girl Jules, it was as though the character was based on Moore’s real-life persona.

It turns out the film is what led the actress to rehab. Although the producers were thrilled with Moore’s acting skills and thought she was a perfect fit for Jules, there was one problem — the director and producer were worried her substance abuse issues would affect the movie. Before filming began the director and producer made it clear that Moore must attend rehab or forgot the part.

“It was a profound gift that they gave me,” Moore shared. She would remain clean and sober for almost 20-years until she relapsed in her 40s.

Bruce Willis Swept Her Off Her Feet

In the 1990s, Bruce Willis and Demi Moore were one of the hottest Hollywood couples around. The action star stud swept the young actress off her feet when they first met. She credits his high-octane charm for making her fall in love with him hard and fast.

The couple wed after only four months of dating. They welcomed their first child one year later. Moore chose to walk away from Hollywood to raise their three girls in Idaho. It was a choice she does not regret and one shaped her relationship forever with Willis.

After their divorce in 2000, Moore and Willis became the ideal co-parents to their daughters. They set the bar high, creating a blended family full of happiness, support, and love.

“I think that we did a magnificent job of making sure that our children knew they were loved,” Moore revealed to Sawyer.

Moore recalled getting a notification on her phone that Kutcher had cheated on her. She immediately called to confront him on the allegation.

“He admitted it right away. And I think my response was, ‘Are you kidding me?’ That was it. And I think I felt like I could barely take a breath,” she explained to the journalist.

First hard copies just arrived. Feels good to hold it in my hands, finally. Such a long time coming. 📚📦 #insideoutbook is coming Sept 24!

After the cheating scandal, the marriage ended, and Moore became lost. The pain was so unbearable it caused her to relapse into drugs and alcohol, throwing away 22-years of sobriety.

Moore’s relapse also caused a rift between her and daughters, Rumer, Tallulah, and Scout. Even her close relationship with Willis was affected. The action star chose to distance himself from his self-destructive ex-wife.