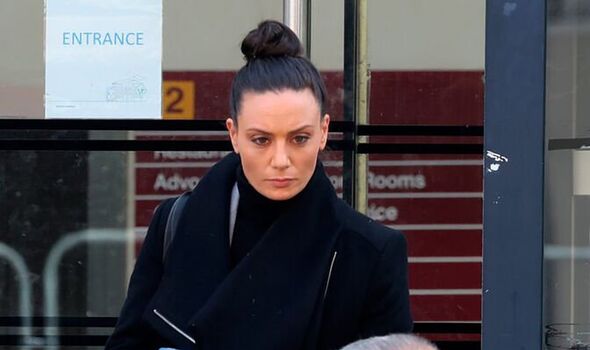 Phythian sexually abused a girl together with her husband Victor Marke, a martial arts instructor. The couple were jointly convicted of 14 charges of sexual activity with a child and caged for a total of 22 years today. Both will now sign the sex offenders’ register for life, and will be referred to the disclosure and barring service to prevent them from working with children.

The offences happened before Phythian, 37, became famous for her role as Brunette Zealot in the Marvel 2016 blockbuster, Nottinghamshire Live reports.

She will spend eight years in jail, while her 59-year-old husband was jailed for a total of 14 years on the joint charges along with four separate allegations of indecent assault on another child.

This victim said in a recorded police interview: “I think they saw a vulnerability in me and preyed on that.” What happened was her “deepest, darkest secret”, she told the court in her evidence from behind a curtain in the witness stand.

Phythian, from Mansfield, Nottinghamshire, and her husband were found guilty by a jury which heard Marke’s indecent assaults on the second victim started after she accidentally touched the pervert’s leg.

He touched her leg back on that occasion, before things progressed to him kissing her on her lips and neck, causing a feeling of confusion, the victim had told police.

He touched her over and under her clothing and kissed her at other times, before he had sex with her when she was 16.

Former Hollywood star Phythian wore her hair in a messy bun, and was dressed in a standard custody-issued grey top and bottoms. She had no make-up on and her face was pale and tear-streaked.

Passing sentence, Judge Mark Watson told the couple that he believed the start of the sexual abuse of the joint victim had been pre-planned.

The judge told Marke of Mavis Avenue, Ravenshead: “I regard you as the driving force behind the abuse.

“Most people have held, and continue to hold you in high esteem. That’s due to the positive impact of your work [as martial arts instructors],” he said.

“Whilst that may help in mitigation, that is also why you were able to groom and corrupt the victims in this case and why you got away abusing them for so long.”