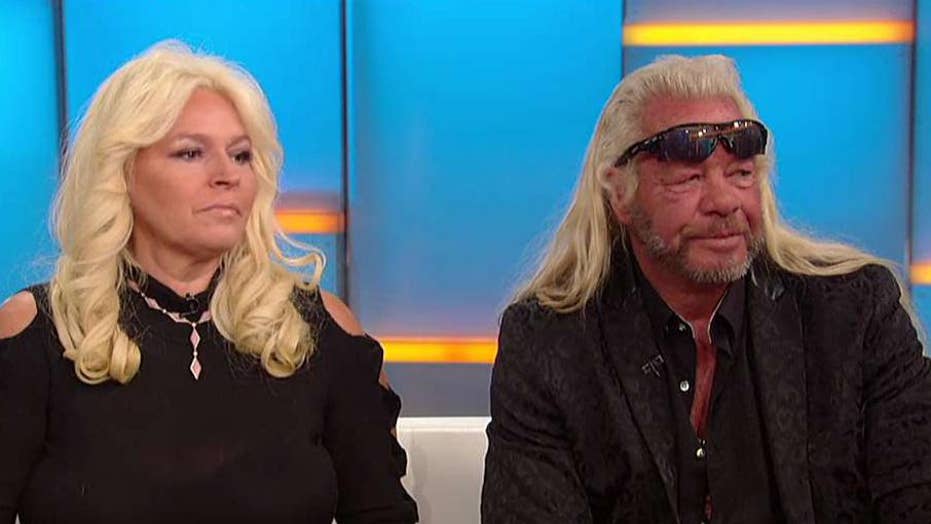 Chapmans talk tracking down the man who threatened Trump

Duane ‘Dog’ Chapman and Beth Chapman react to the apprehension of Shawn Christy in Ohio.

Beth Chapman, wife of Duane "Dog the Bounty Hunter" Chapman, was hospitalized in Hawaii on Saturday, a new report claims.

“Beth Chapman has been rushed to a Hawaii hospital with serious breathing issues,” a source told Us Weekly. “She hasn’t been feeling well of late and Dog is by her side. One thing everyone knows about Beth is that she’s a fighter.”

Beth, 51, began chemotherapy in December to treat stage II throat cancer after being hospitalized in November for a mass in her throat.

In January, Beth celebrated becoming a great-grandmother after her grandson, Dakota, welcomed his first child.

"Faith is probably the number one thing in our lives, no matter what we’re faced with," Duane previously told Fox News. "Through this cancer episode, we had to drum up as much faith as we could. And the bible talks about having faith as small as a mustard seed. And that’s not much … And I thank God that we had at least that much faith to get her through that."